We continue our look back at the 2017-18 season, with the Iron beginning November in fifth position.

With United safely through to round two of the Checkatrade Trophy, attentions turned to the Emirates FA Cup, along with the league programme. The two coincided in such a way that Northampton would be the opponents on three occasions during the month, with two trips to the Sixfields Stadium. 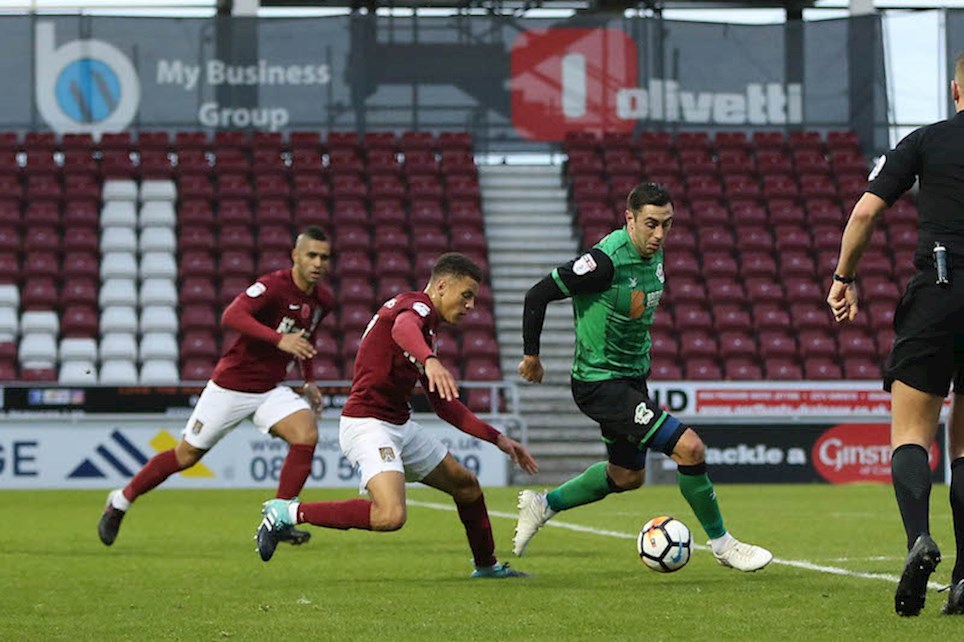 The month started with the Emirates FA Cup, with the Iron once again paired with a fellow League One side in round one.

They’d be scheduled to visit the Sixfields Stadium just a fortnight later in the league, with this encounter also requiring a replay at Glanford Park following a goalless draw. 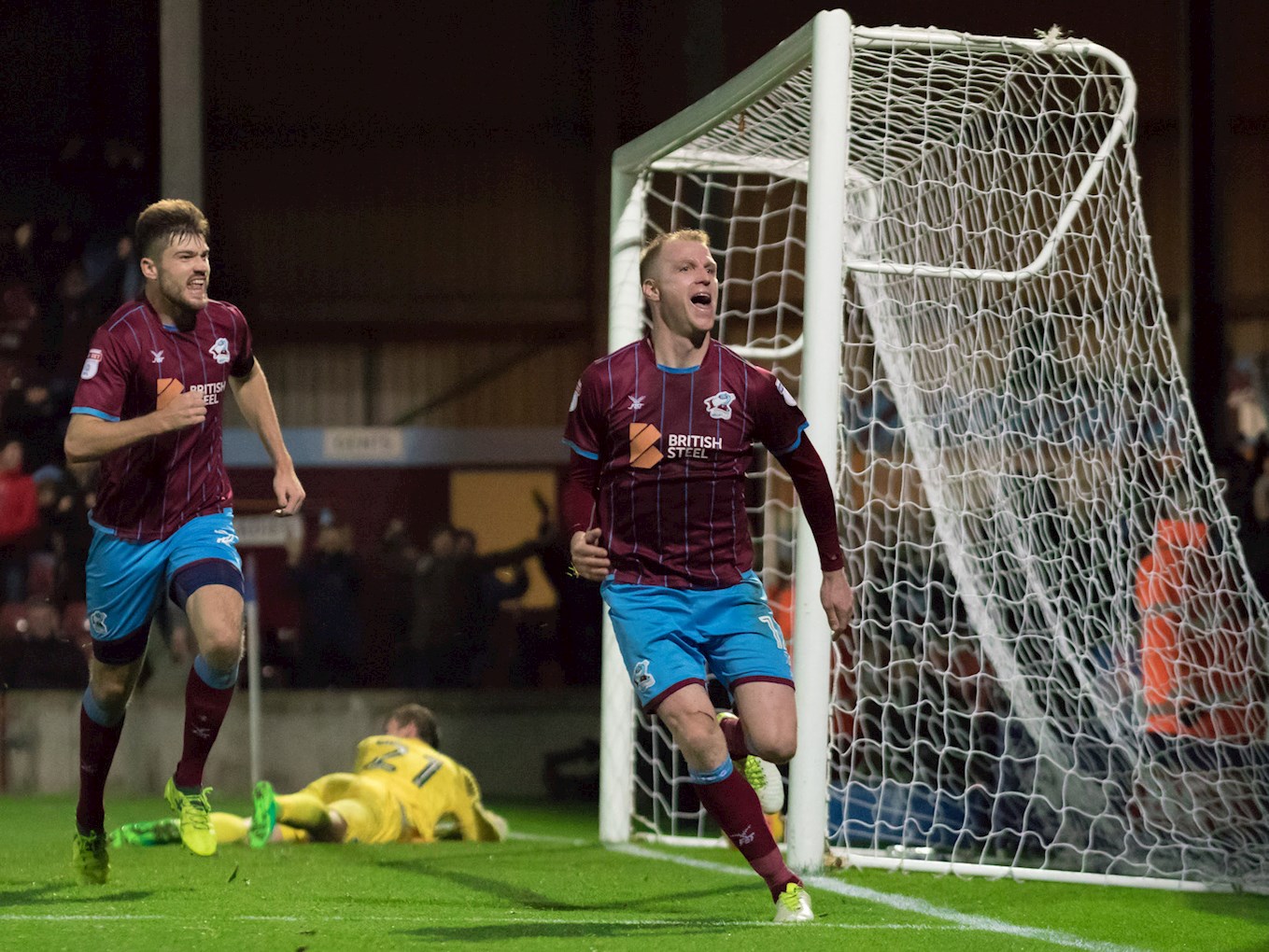 The Iron left it very late to snatch all three points at Glanford Park when it looked like another goalless draw was about to be served up.

Neal Bishop rose highest to head home in the fourth minute of added time at the end of the game to see Glanford Park erupt. 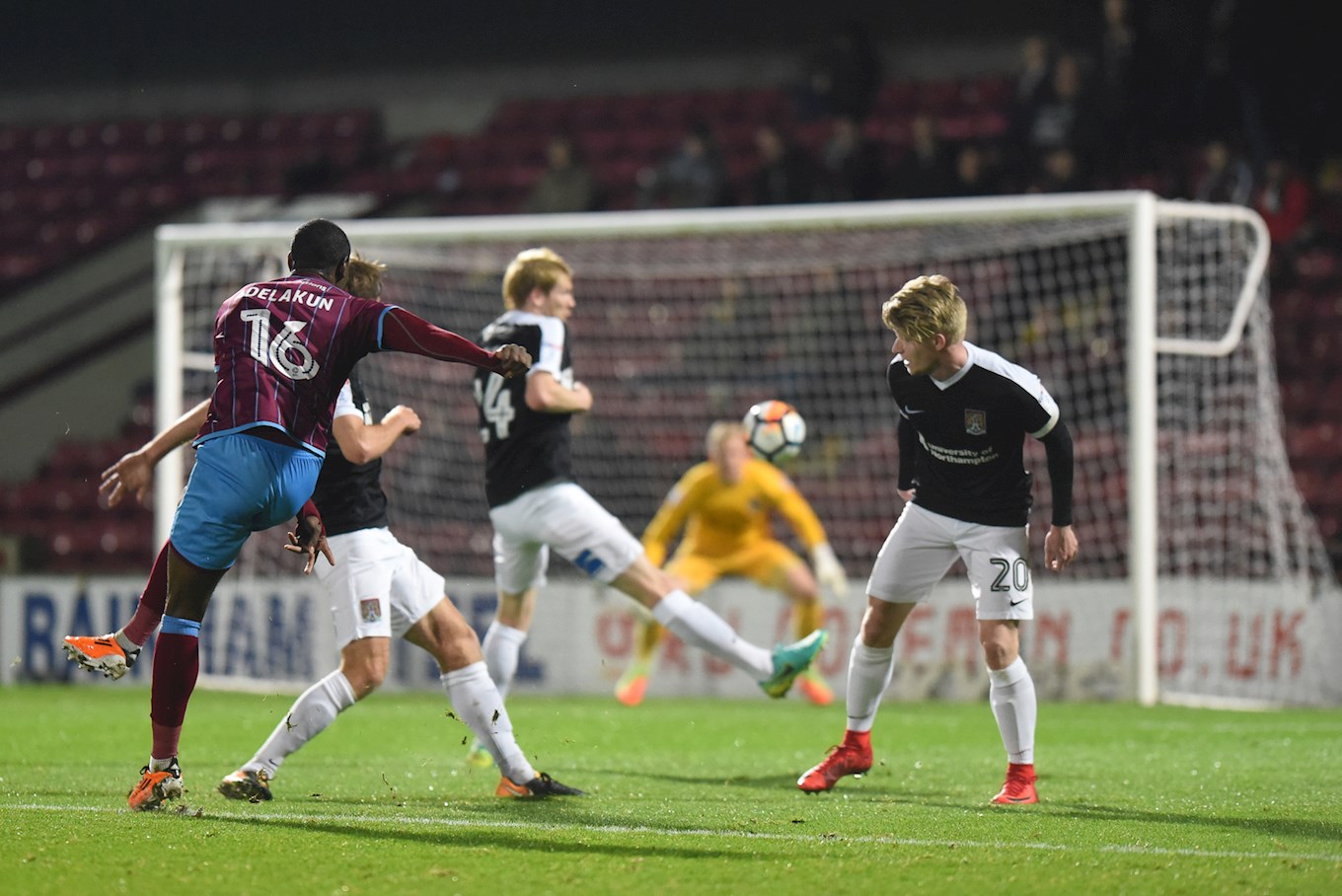 United edged through to the second round of the Emirates FA Cup thanks to a first half thunderbolt from Hakeeb Adelakun.

He drove at the defence before surging an effort into the top corner of the net from 20-yards to win the tie. 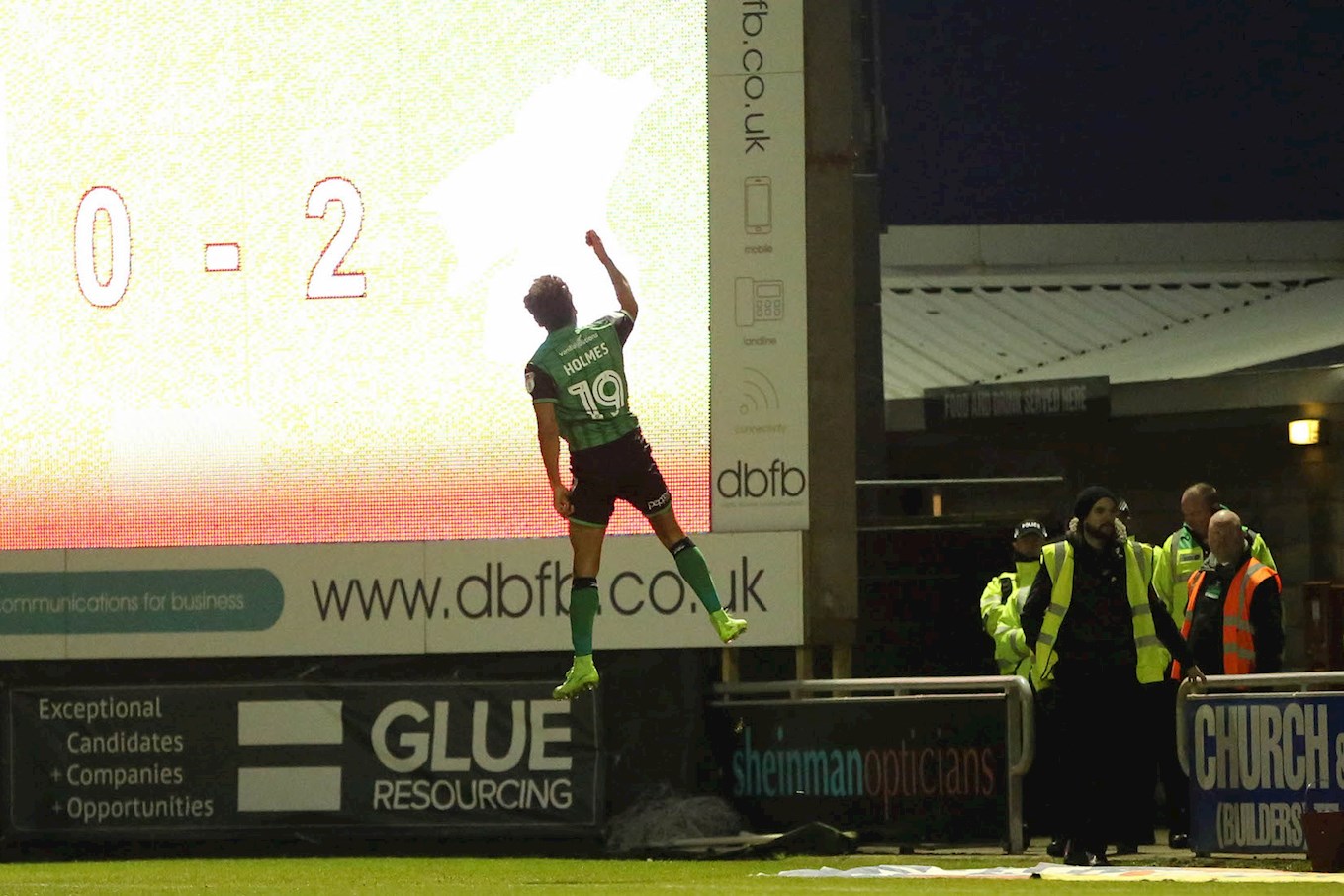 A third match against the Cobblers in 15 days saw United romp to a convincing victory, thanks to a trio of second half goals.

Cameron Burgess notched his first for the club, turning in a low cross before Duane Holmes was twice played through by Adelakun to net. 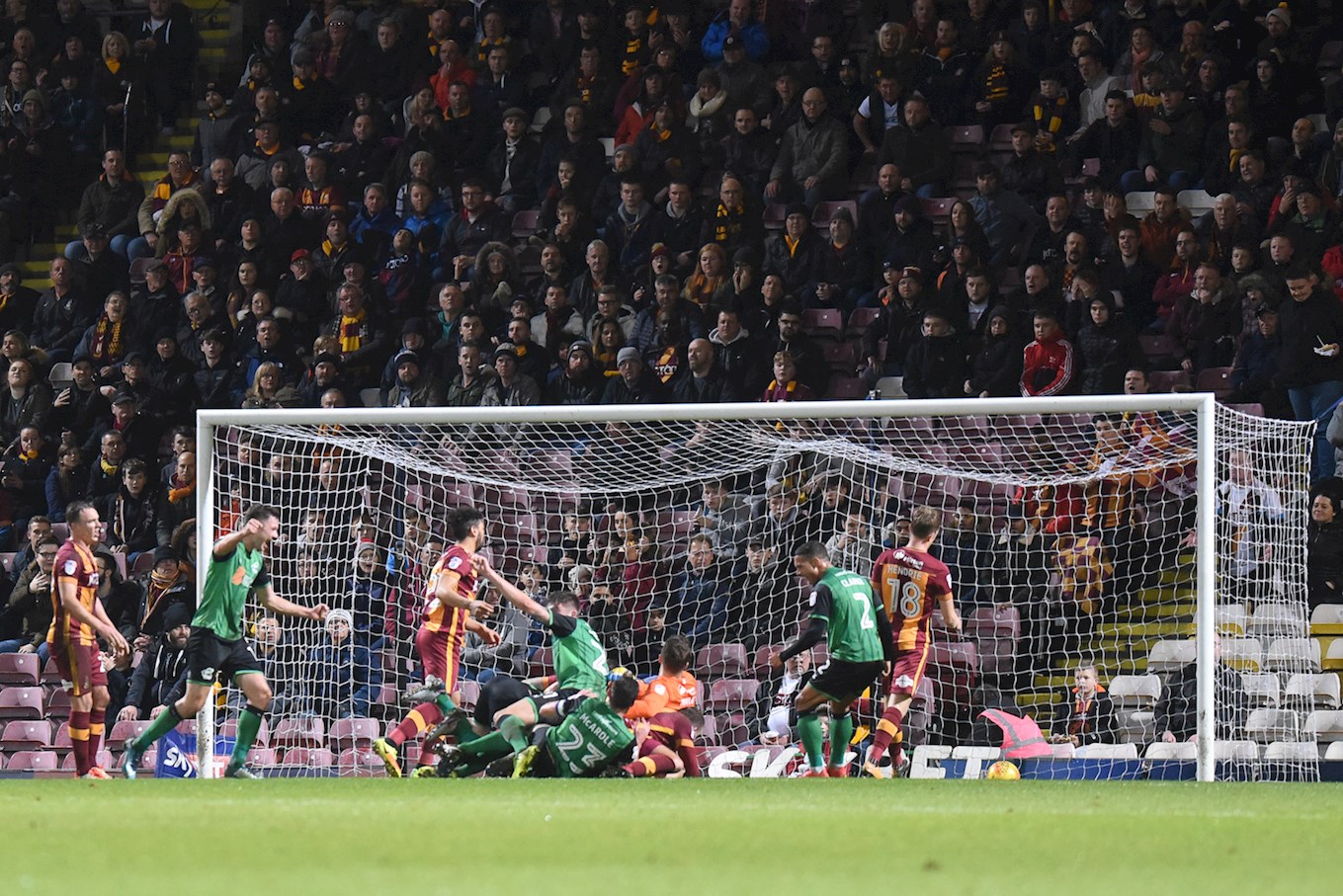 The Iron came from behind to register their first win at Valley Parade since 2006-07.

Paul Taylor had put the hosts ahead a minute before half time, but Scunthorpe went in level thanks to Burgess’ header following an Adelakun free-kick.

Adelakun turned from provider to match-winner in the second half, squeezing a free-kick in between the wall and into the corner of the net. 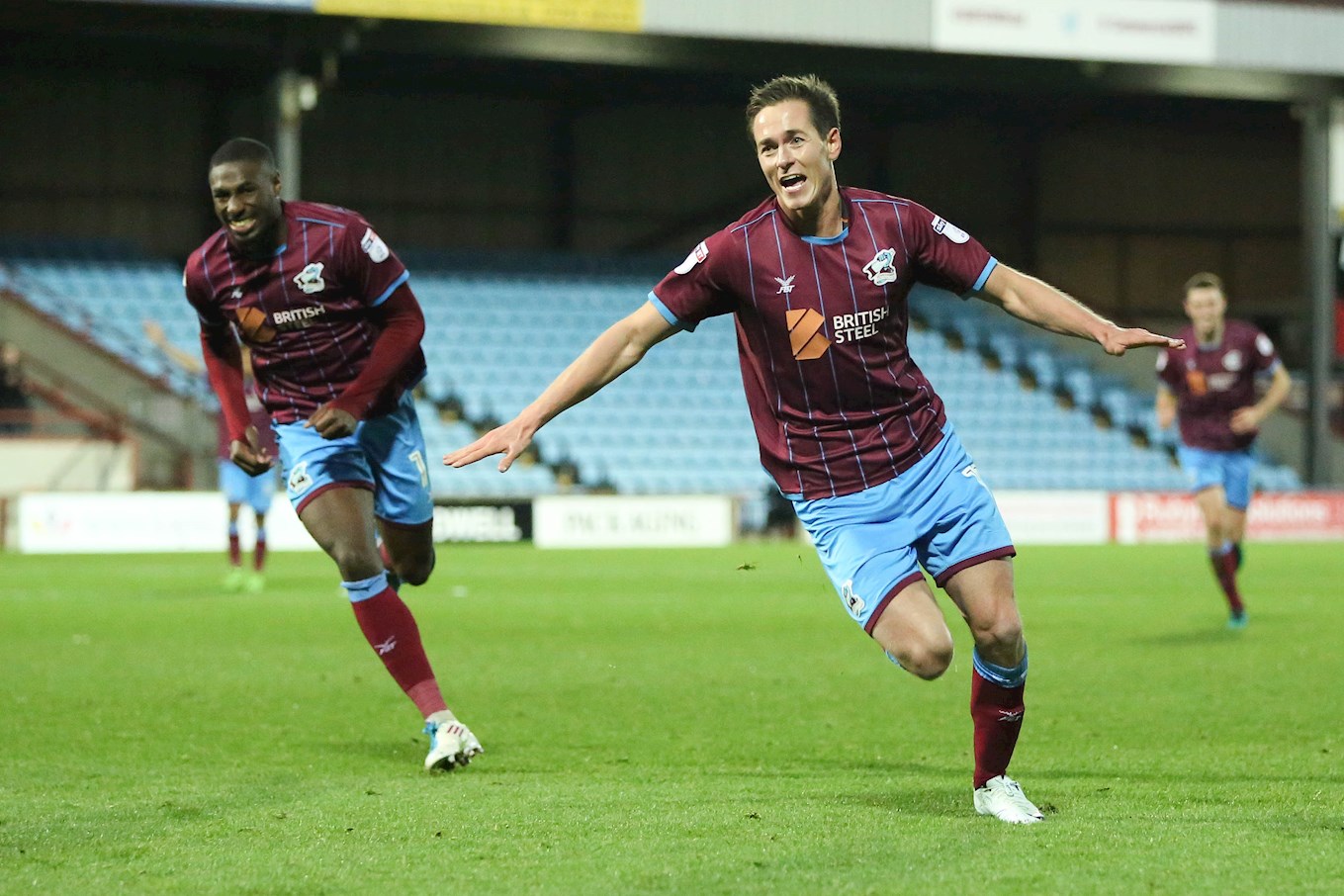 Josh Morris came off the bench at the start of the second half to steer the side to all three points with two magnificent strikes.

He grabbed both goals inside two minutes of the second period, first slamming home a free-kick before sending a right-footed long range effort into the top corner.

With a number of fine strikes over the course of the very successful month for the Iron.

However the winner of goal of the month was never in doubt as the pendulum swung back in favour of Josh Morris. While his free-kick just two minutes earlier could have been a contender, there was no denying his so-called weaker foot strike from 25-yards, curling into the top corner against Charlton Athletic wasn’t the one to top the pile.

Incidentally, the strike was also voted as the club’s goal of the season at the Awards Evening.