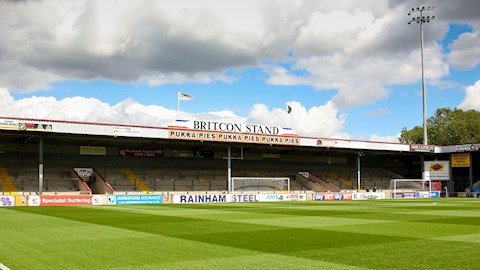 The Iron’s Head of Medical and Sports Science, who has been with us since early 2015, will join the Championship outfit on 23rd November.

John Wilson, who was formerly the Head of Medical and Sports Science at Notts County, has arrived at United on an interim basis to oversee our medical department and assist with the recruitment of Chris’ replacement.

Iron Chief Executive Officer James Rodwell said: “We would like to wish Chris all the best in his new role at Norwich City, and we thank him for his work over the past three years with us. Chris has been a most valued member of staff in his time here, whose efforts have been most appreciated “

“John Wilson joins us in the interim to support our Assistant First Team Physiotherapist Ben Palmer and he will help us with our selection process for Chris’ replacement.”

Chris Burton added: “I would like to thank the Chairman, his family and Jim Rodwell for supporting me throughout my time here at Scunthorpe United, without their backing and guidance it would have not been possible to deliver the level of service that we have. I would like to thank the Medical and Sports Science support staff, Joe Sharp, Adam Hearn, Kev Hornsby, Perry Nosek, Adam Kerr and Ben Palmer for their fantastic commitment during my time at Scunthorpe United.”

“I would also like to thank the Manager and his backroom staff for their support and all the staff behind the scenes and players I have worked with during the last three years, there are too many to mention but I have enjoyed working with you all!”

“Finally, I would like to wish the Chairman, Manager and the players well for the rest of the season and I really hope you achieve promotion to the Championship!”