We continue our look back at the 2017-18 season, with the Iron beginning March in fifth position.

The Iron began the month with just one win in five for February and with fellow promotion contenders and a couple of sides battling relegation to come, March wasn’t about to get much easier.

United conceded two goals in four minutes towards the end of the game to suffer a 2-0 defeat against Oldham Athletic. 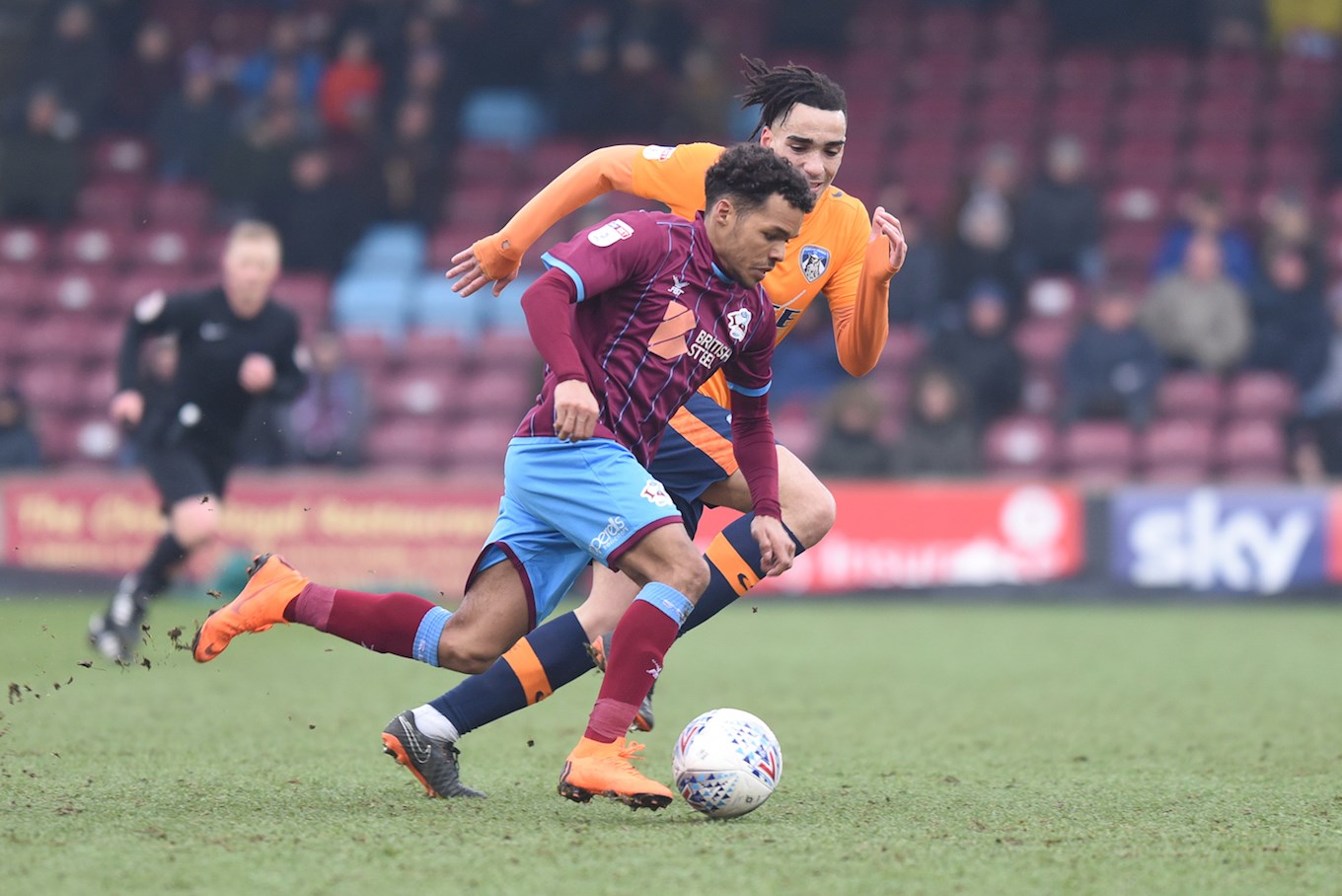 United almost came out on top in the six-goal thriller against the Latics, only for a late deflected strike salvaging a point for the hosts.

Chey Dunkley put Wigan ahead following a set piece before Tom Hopper restored parity as he latched onto through ball by Funso Ojo to head the Iron level. Will Grigg put the hosts back in front before Hopper against headed into the net, this time following Neal Bishop’s cross.

Ivan Toney returned to haunt his former club to smash Scunthorpe into the lead in the second half after Ryan Yates had hit the crossbar with his bullet header from Josh Morris’ cross. Substitute Gary Roberts then found space at the far post to equalise vis a deflection late on.

Meanwhile, the Iron could have had an opportunity to win it as Toney was brought down clean through on goal, but no penalty as awarded by the referee. 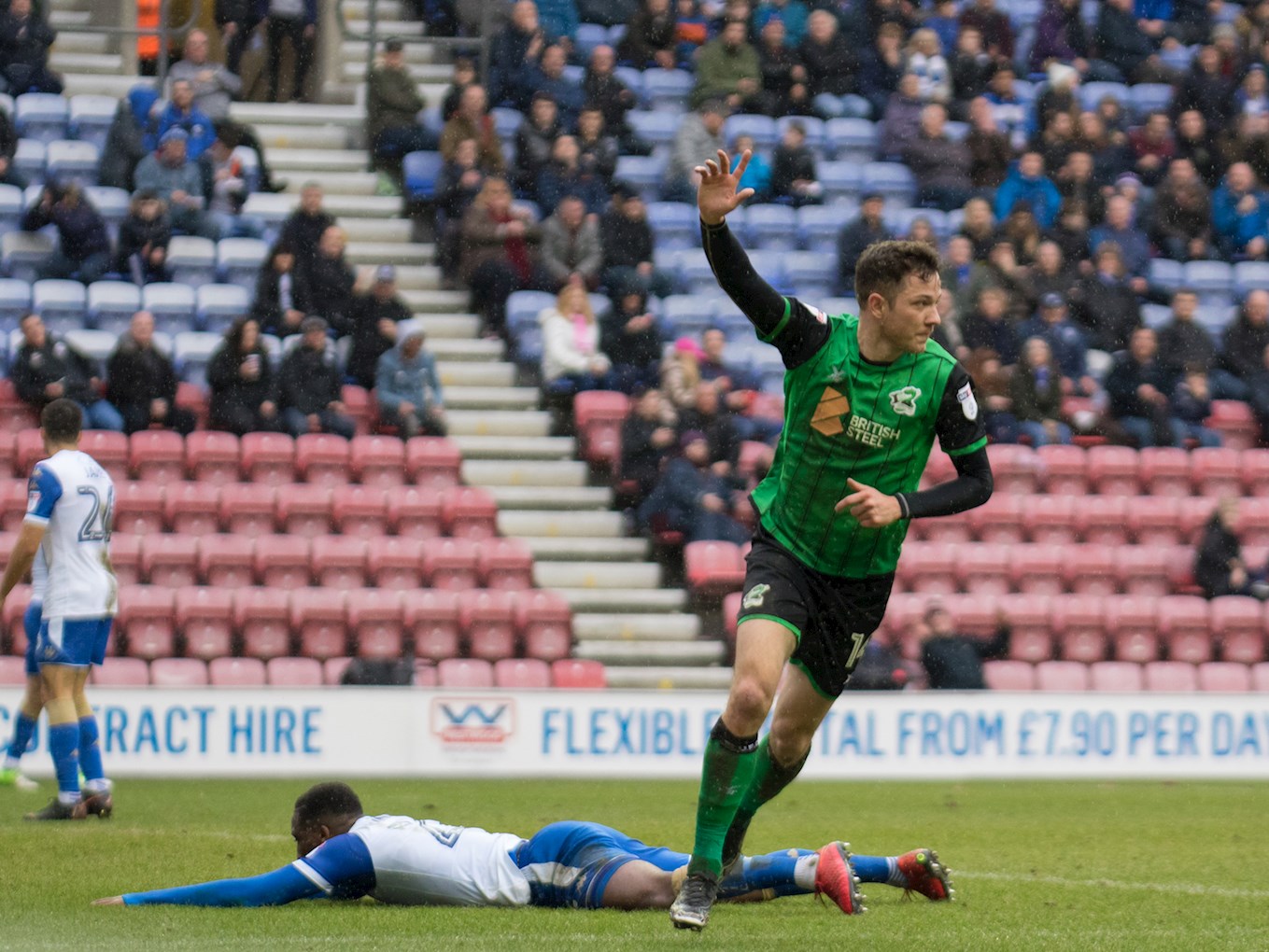 It was a tale of two penalties at Glanford Park as Shrewsbury Town converted theirs to take all three points.

United had earlier missed their opportunity to make it 2-0 when Josh Morris saw his spot kick saved having earlier netted a free-kick. 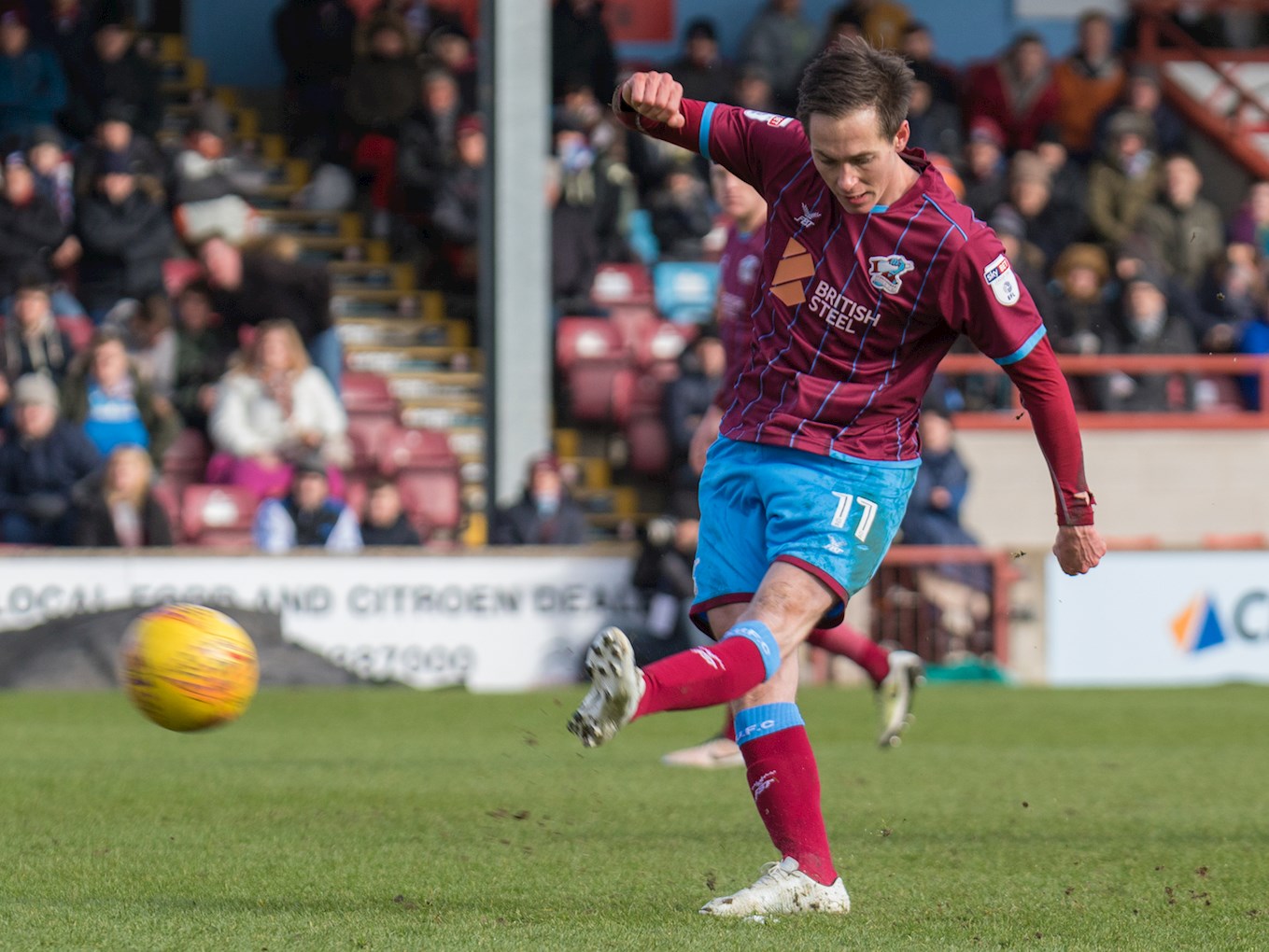 Ivan Toney headed home to rescue a point for the Iron against Rochdale, who claimed a vital point themselves en route to survival.

The stalemate would prompt United to release a club statement in the evening relieving manager Graham Alexander and his assistant Neil McDonald of his duties. 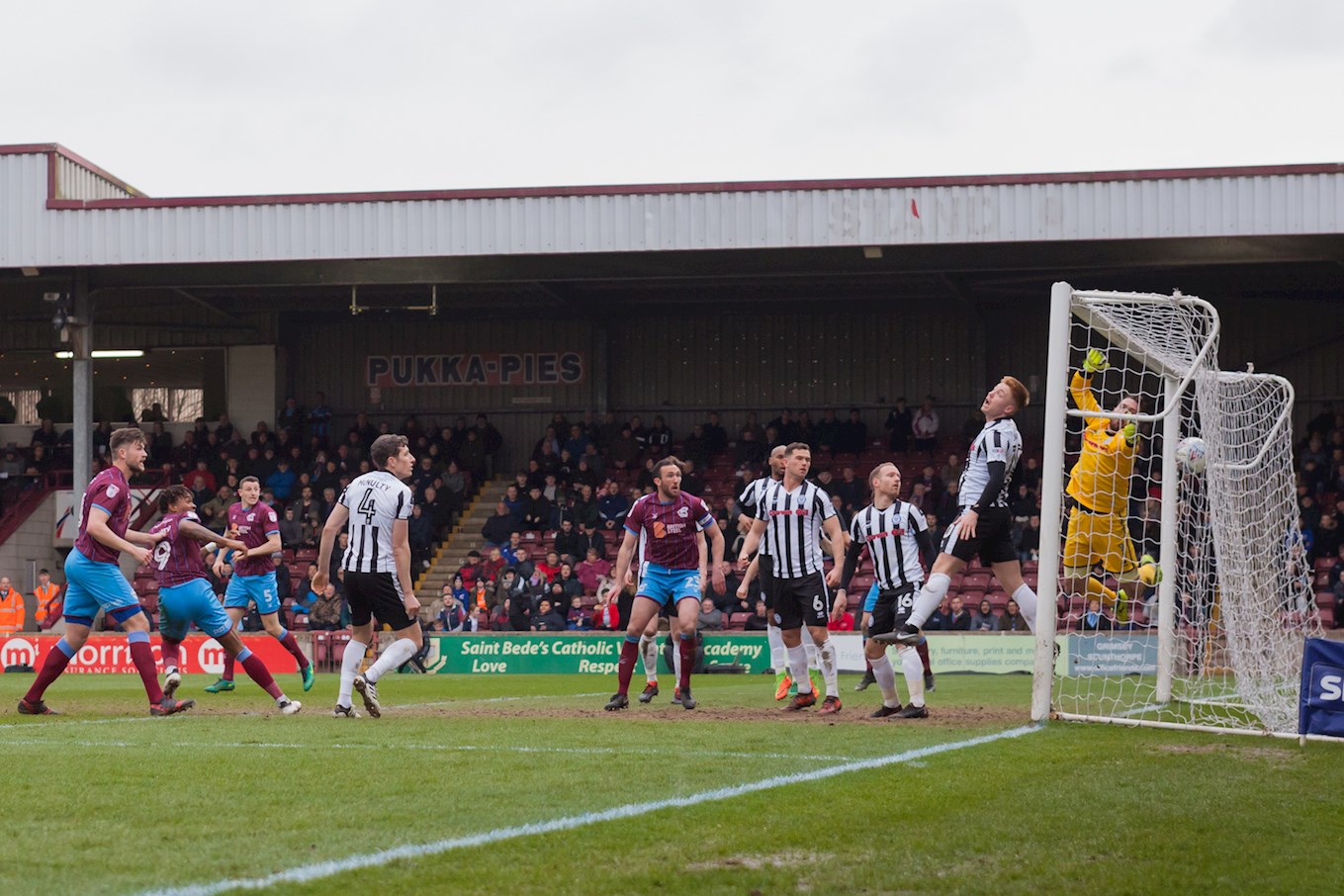 Nick Daws began his first game in interim charge of the side with a score draw away at the Kassam Stadium.

The result didn’t tell the story though as Scunthorpe played Oxford off the part during the opening 45 minutes, but only had one goal to show for it, with Ivan Toney netting.

The Iron should have had a penalty when James Henry saved a shot on the line, but the player stayed on to convert the equaliser in the second half - a controversially awarded penalty to the hosts. 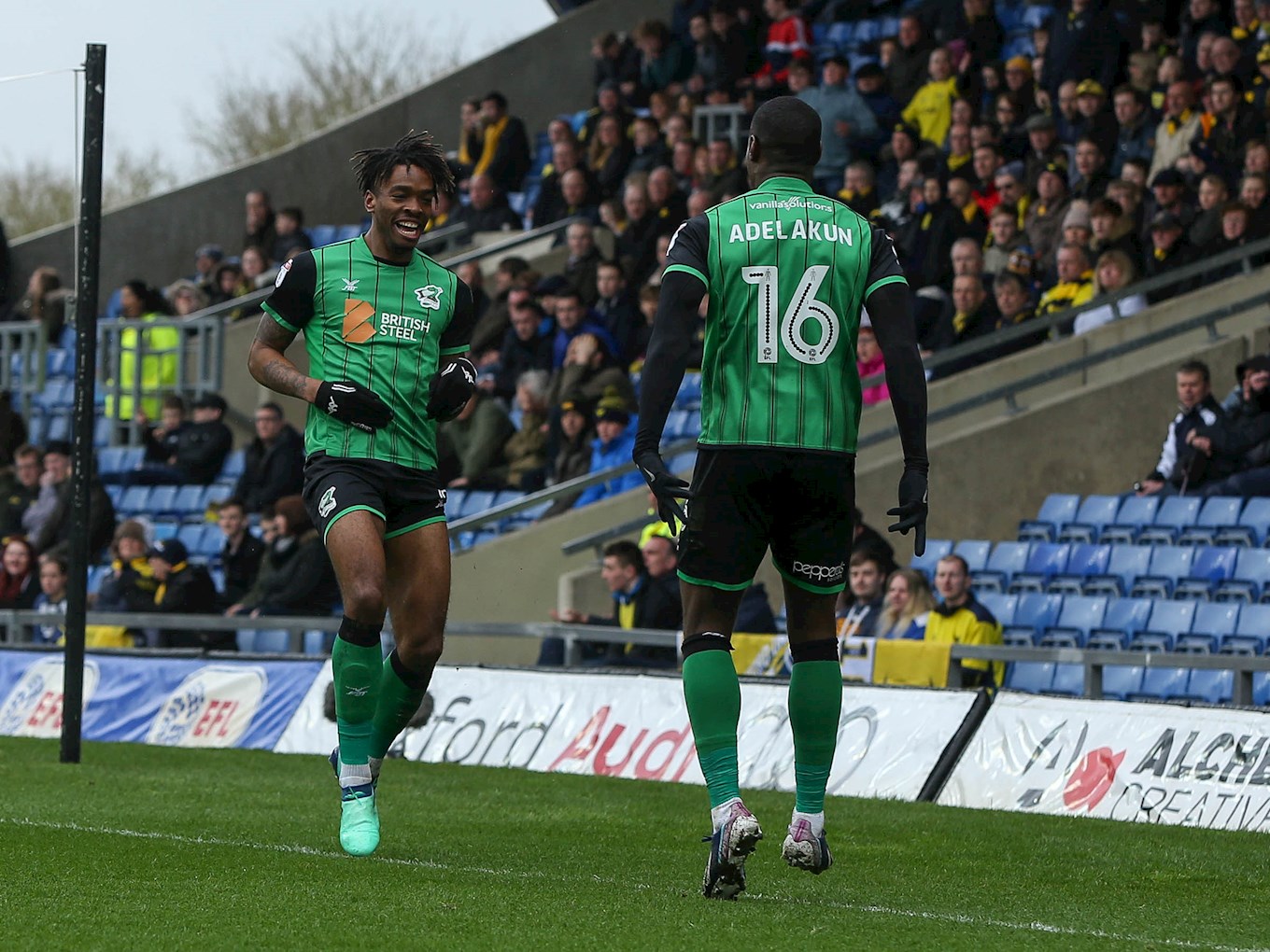 Taking 45% of the vote, Tom Hopper’s header to put the Iron level at 1-1 was March’s best strike. That probably included much of the build-up play, which included a delightful ball over the top from Funso Ojo.