The Iron are back at Glanford Park this Saturday when Shrewsbury make the visit for our latest Sky Bet League One clash (kick-off 3pm).

Advance saving! Save by buying your Shrewsbury Town tickets in advance

Graham Alexander’s side drew 3-3 at high-flying Wigan last weekend, with a brace from Tom Hopper and a goal from Ivan Toney.

Shrewsbury, who are in third position, beat Walsall 2-0 as they look to achieve automatic promotion.

TEAM NEWS…
Jordan Clarke (hamstring) has trained all week and is improving every day. He could play in a behind-closed-doors reserve game next week.

Fellow right-back Marnick Vermijl (hamstring) has taken part in the warm-up sessions ahead of training, but he will still be unavailable.

Striker Lee Novak (heel) will be out for a further few weeks and has gone to see a specialist.

Luke Williams (scar tissue injury) is still a couple of weeks away.

ONE TO WATCH…
Shaun Whalley has tallied up six league goals (10 in all competitions) and 10 assists this season, proving to be a key player in Shrewsbury’s strong season.

The midfielder has been with Salop since 2015, playing in 110 games and scoring 20 goals.

The 30-year-old began his career at Chester City and has played for a number of other clubs, including Luton Town, Southport and Accrington Stanley.

United were defeated 2-1 by Shrewsbury Town at Glanford Park on Saturday.

Josh Morris’ free-kick gave the home side the lead early in the first-half, but the Shrews hit back through Jon Nolan and then a Stefan Payne penalty in the second period.

The Iron came into the match making no changes from the side that drew 3-3 at Wigan Athletic a week earlier.

On three minutes, Funso Ojo tried to chip the ball over the Shrewsbury defence, but the ball held up in the wind. Ryan Yates then attempted to lob the goalkeeper, who collected the ball.

Four minutes later, the Iron were presented with a free-kick on the edge of the box, as Ivan Toney rounded the goalkeeper, but was brought down by Aristote Nsiala, who received a yellow card.

And Morris duly stepped to score from the free-kick. He curled his effort over the wall and the ball dropped in the wind, hitting the back of the net.

On 11 minutes, Morris went extremely close to scoring from another free-kick. The winger curled the ball from 25-yards out with it just going over the bar.

Then, two minutes later, Duane Holmes thundered a volley onto the crossbar from inside the area after Morris’ left-wing cross was cleared as far as him.

With 17 minutes on the clock, Murray Wallace then had a go. He dribbled inside with the ball and looked to curl it into the far corner with his right foot, but it rolled wide of the target.

Rory McArdle made a solid tackle inside his own area in the 22nd minute, as Rodman looked to make something happen for the visitors. They won a corner but nothing came of it.

Three minutes later, Holmes used his pace to burst down the right flank and won a corner for United. From the subsequent set-piece, Morris found the head of Burgess but he headed wide of the post.

On 28 minutes, Ben Godfrey dragged a long-range strike wide of the left post for the away side.

United had a great chance on 39 minutes, as an excellent pass from Holmes allowed Morris to go one-on-one with the goalkeeper, but Henderson saved with his feet.

Ivan Toney was pulled to the ground on 42 minutes and the Iron were handed a penalty. However, Dean Henderson saved Morris’ penalty low to his right.

In the second minute of first-half stoppage time, United attacked and Tom Hopper sent a volleyed effort over the crossbar.

Three minutes into the second period, Henderson rushed off his line to stop Hopper and the goalkeeper then got back to his feet to beat Toney to the ball, clearing it away.

Shrewsbury equalised through Nolan on 51 minutes. He played a neat one-two with Morris and he slotted the ball under Gilks.

In the 55th minute, Shrewsbury took a corner, which was cleared back to the taker Whalley, who then fired a shot towards the near post. It went wide.

There minutes later, Shrewsbury won a penalty as Nolan was fouled in the area. Stefan Payne stepped up to fire past Gilks and into the far left corner.

Morris took a shot on the edge of the box on 64 minutes, taking a deflection and looping into Henderson’s hands.

On 68 minutes, Morris forced Henderson into a brilliant save. He curled a free-kick towards the top right corner, but the ‘keeper tipped it over.

Scunthorpe pushed for a leveller and on 72 minutes, Toney headed over the crossbar after Ojo had sent in a free-kick.

A minute later, Ojo had a go himself as he fizzed an effort just wide of Henderson’s bottom left-hand post from 20 yards.

In the 80th minute, Gilks saved a shot from Alex Rodman comfortably, as he looked to bend the ball into the far corner.

Two minutes later, the visitors hit the crossbar as Gilks punched the free-kick away. It fell to Ogogo, who hit the bar following a deflection.

There were four minutes of stoppage time but United couldn’t find the equaliser.

Save money by purchasing your Iron v Shrewsbury Town tickets in advance! Tickets are on sale now! 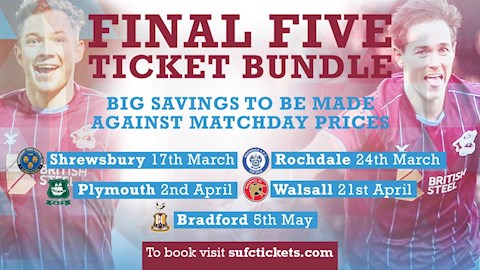 Supporters can buy at Early Bird prices until the ticket office closes on Friday, March 16th at 5pm, and also until three hours before kick-off online via our ticketing website (www.sufctickets.com). Matchday prices then apply.

Fans will be able to pay on the gate for Turnstiles 2A and 2B of the Britcon Stand, and also Turnstile 5A of the Clugston Stand.

United's encounter against the Shrews is a Category B fixture. 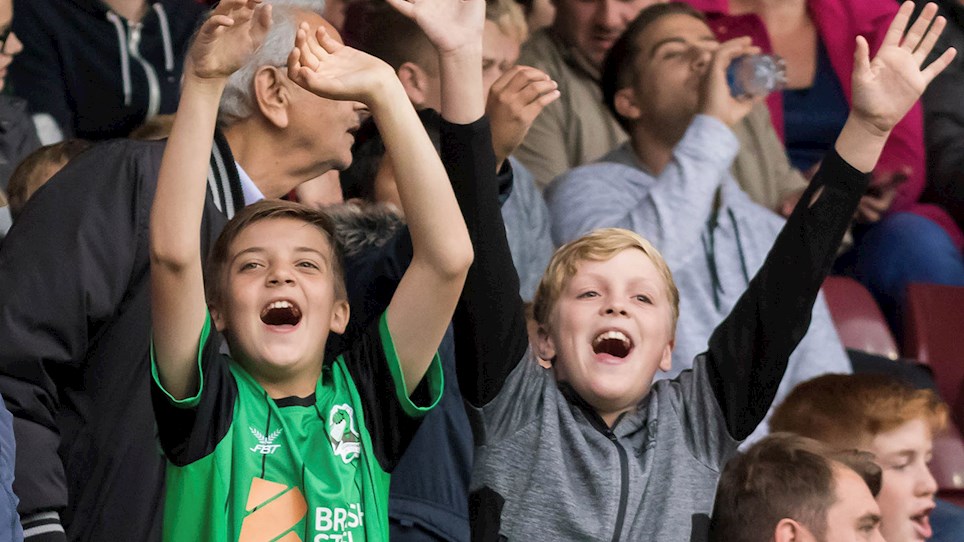 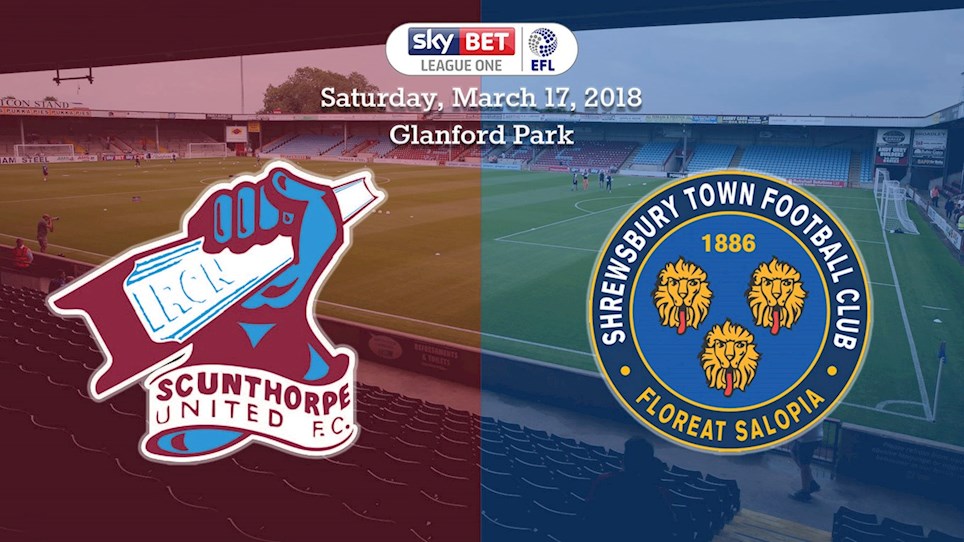 Advance saving! Save by buying your Shrewsbury Town tickets in advance


Save money by purchasing your Iron v Shrewsbury Town tickets in advance! Tickets are on sale now!