We continue our look back at the 2017-18 season, with the campaign getting underway at Glanford Park against AFC Wimbledon.

The Iron opened the campaign with a score draw against AFC Wimbledon on their return to the division folllowing the Dons' promotion from League Two in the previous season.

Conor Townsend scored the EFL's first goal of the season by netting the opener after just six minutes - and caused a group to end up on a night out in the town as a result - before Jimmy Abdou came off the bench to restore parity in the second half. 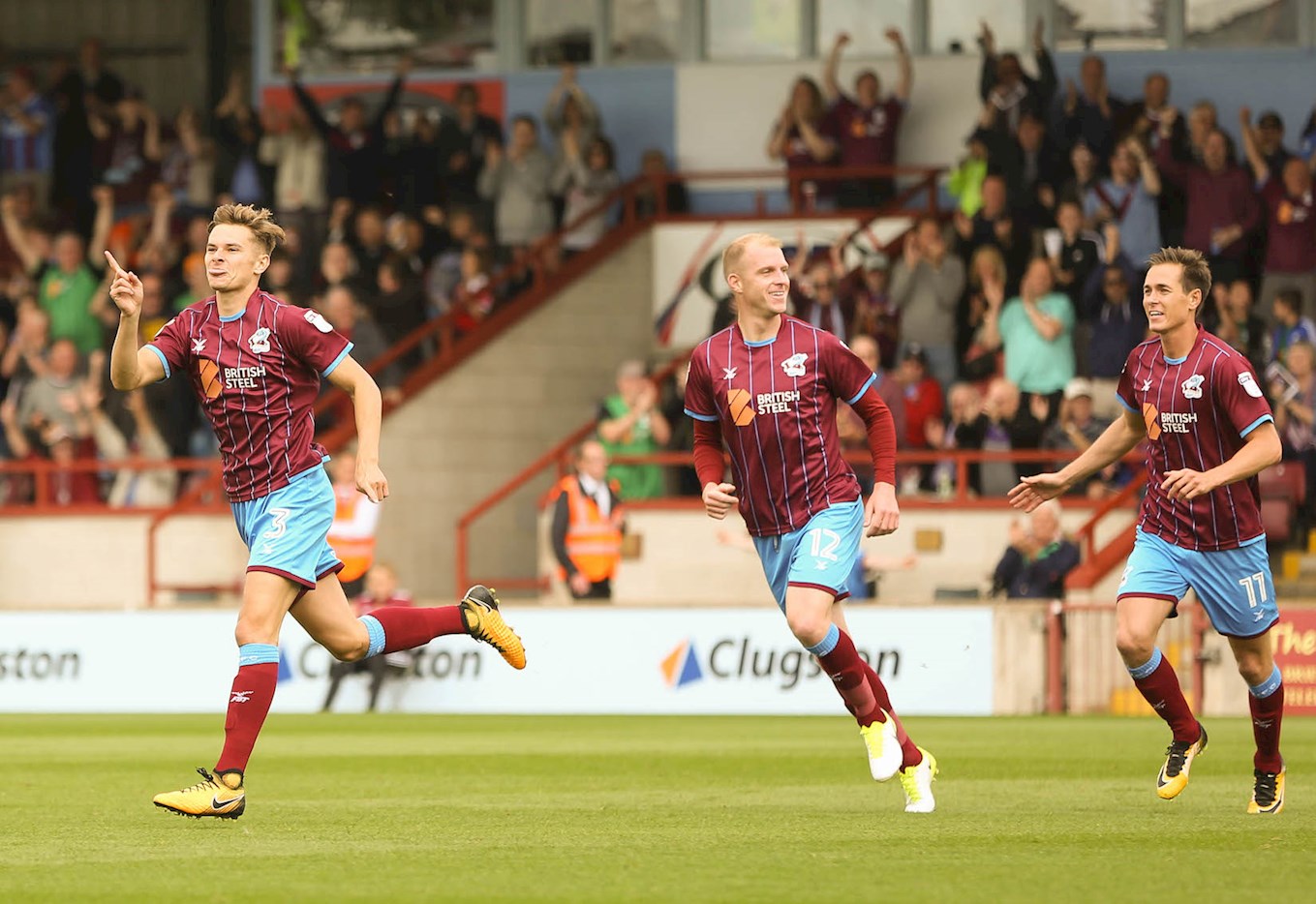 The Iron required penalties to overcome League Two side Notts County in the first round of the Carabao Cup.

United went behind to a Jorge Grant goal before Paddy Madden and Duane Holmes both netted to put the hosts 2-1 up. Former loan player Shaun Brisley then brought the tie level and sent it to extra time before Madden grabbed his second during the extra period.

Ryan Yates, who would later switch to Scunthorpe on loan, put County back on terms, sending the game to a shoot-out, with Matt Tootle the only player to see his spot kick saved out of 12. 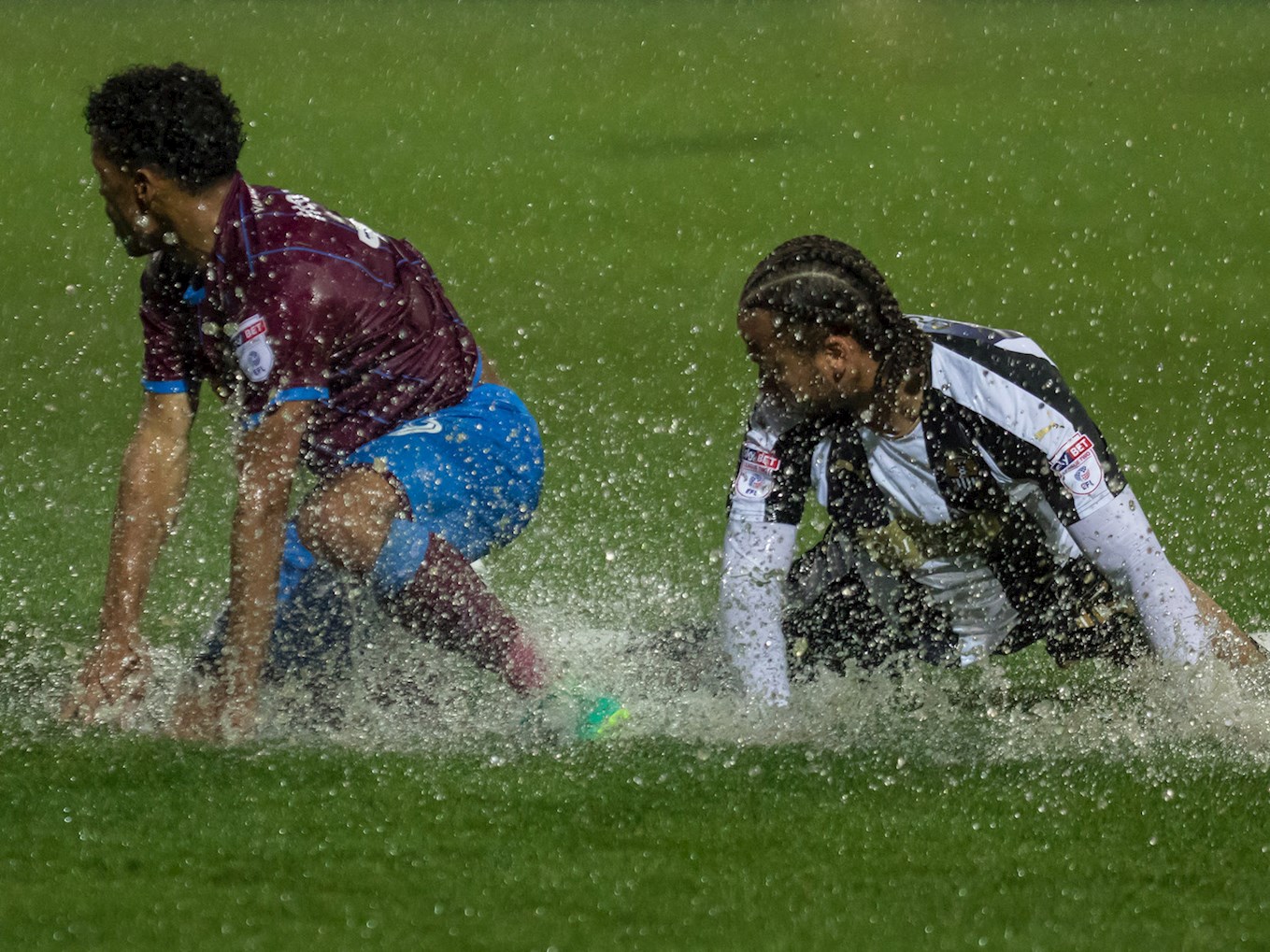 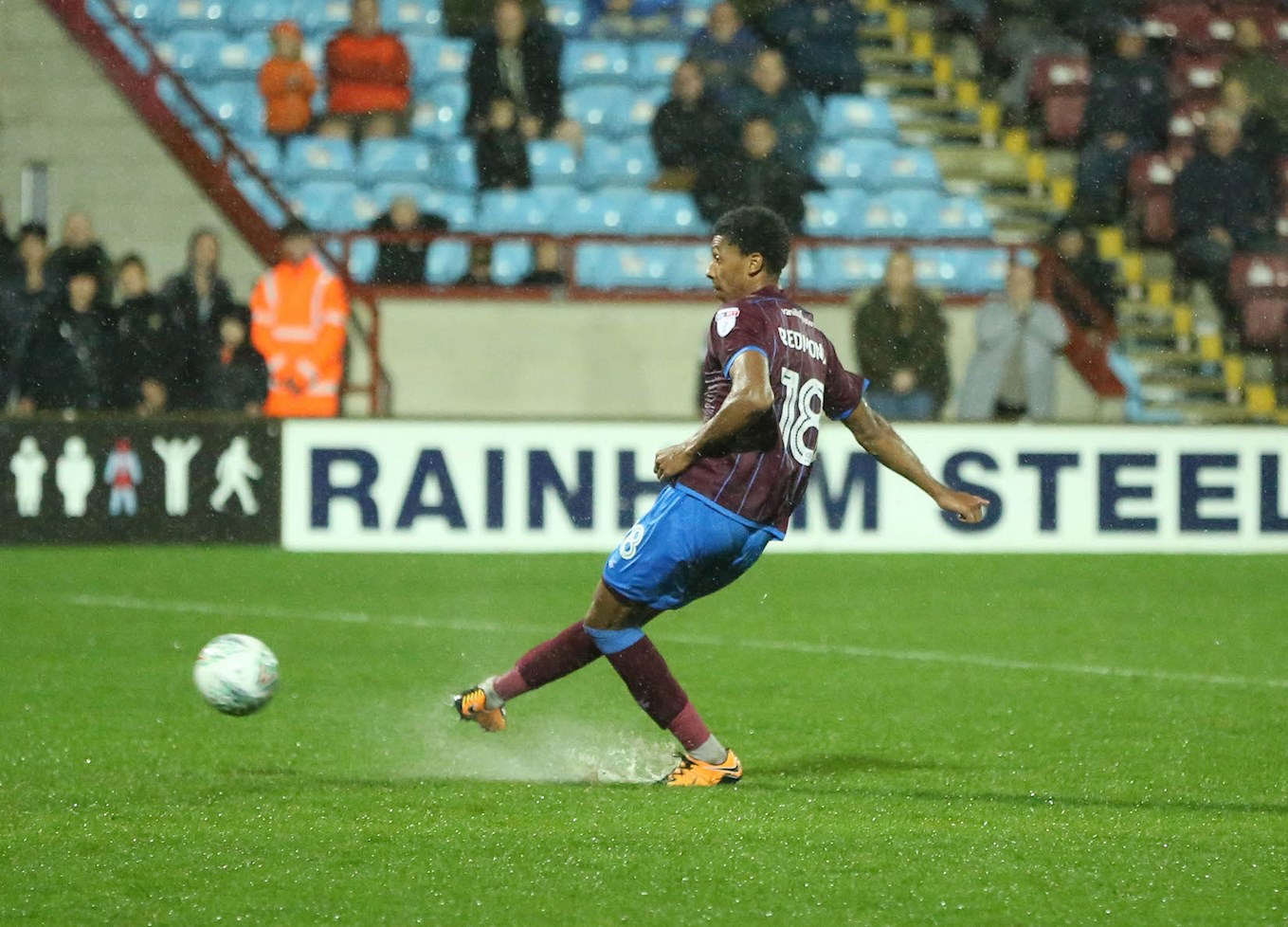 Duane Holmes came off the bench to net his second goal in as many games as the Iron took a point from their first game on the road.

Stephen Davies put the hosts ahead - and almost doubled their lead moments later - before Holmes ran onto a Funso Ojo through ball to slot beyond the 'keeper and make it two points from two games in the league. 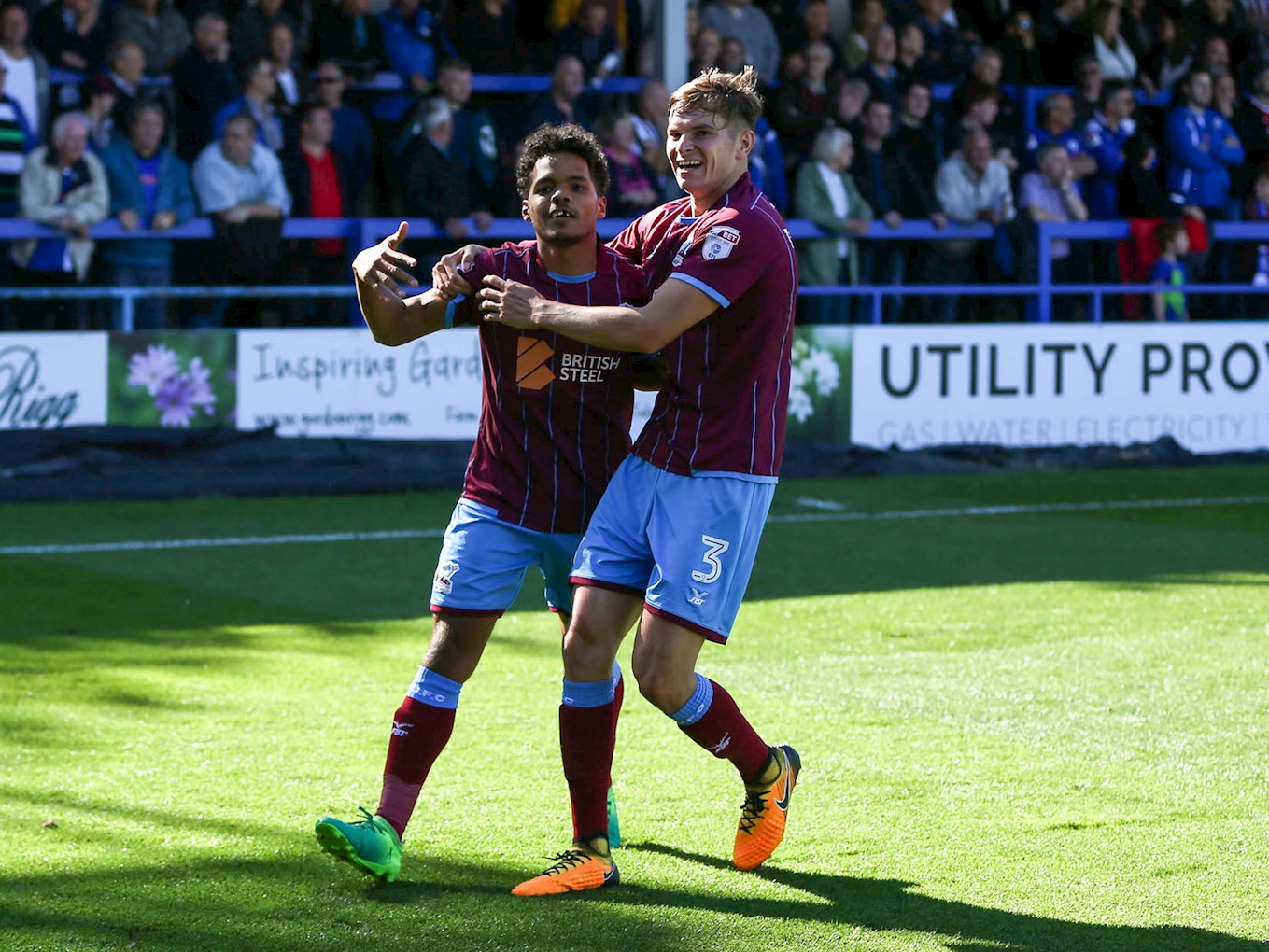 The Iron recorded their first victory of the campaign, but left it late to register all three points thanks to Josh Morris' long range strike.

The midfielder notched his first of the campaign to crash home the only goal in front of the Britcon Stand and make it five points from three games for Scunthorpe. 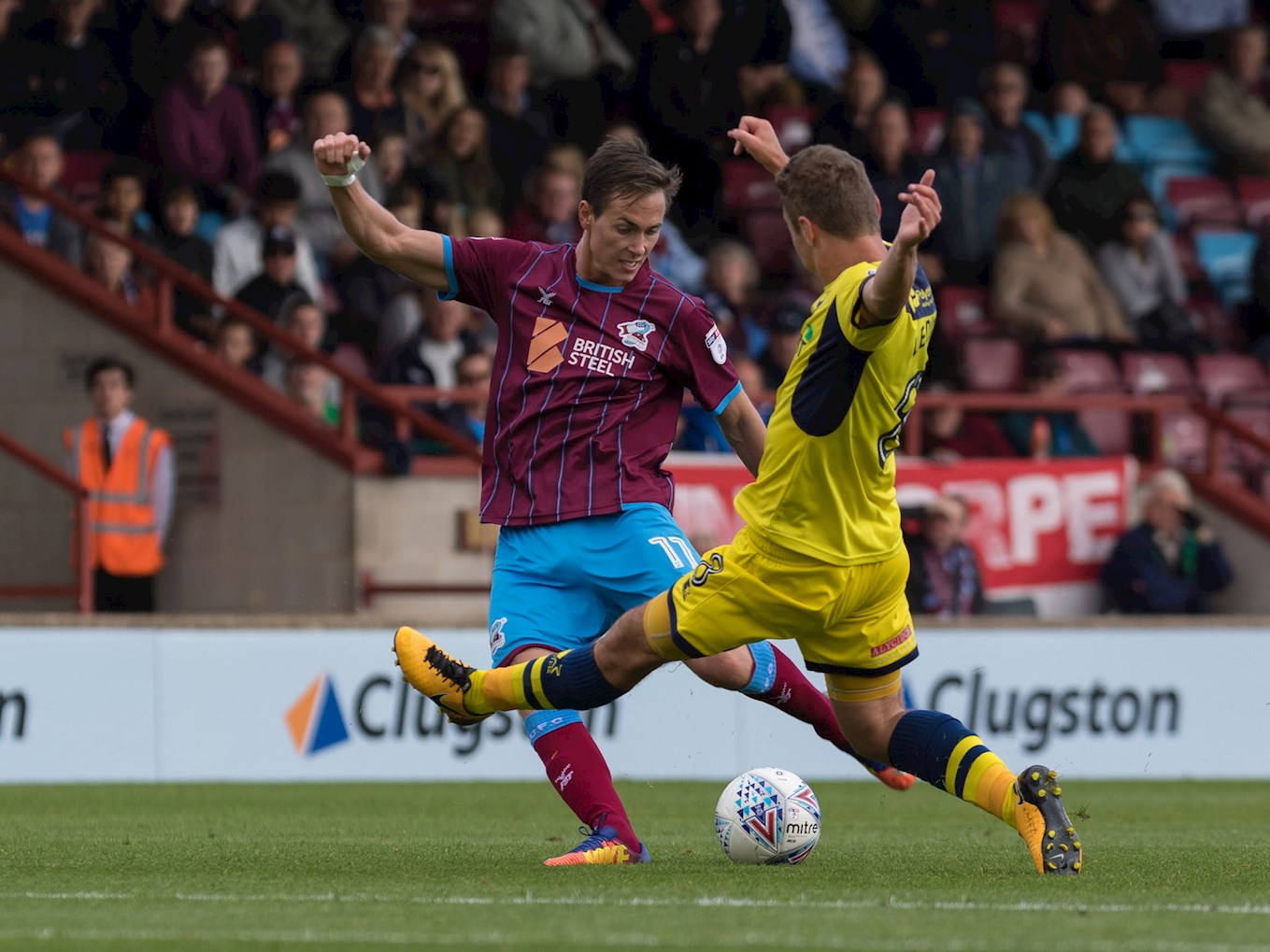 The Iron crashed out of the Carabao Cup in a second round tie at Championship side Middlesbrough.

Former Manchester United defender Fabio put the hosts 1-0 up at the Riverside Stadium before Lewis Baker and Marcus Tavernier secured a safe progression to round three for Boro.

Neal Bishop captained the Iron against his boyhood club, leading the team out with his son, Oscar. 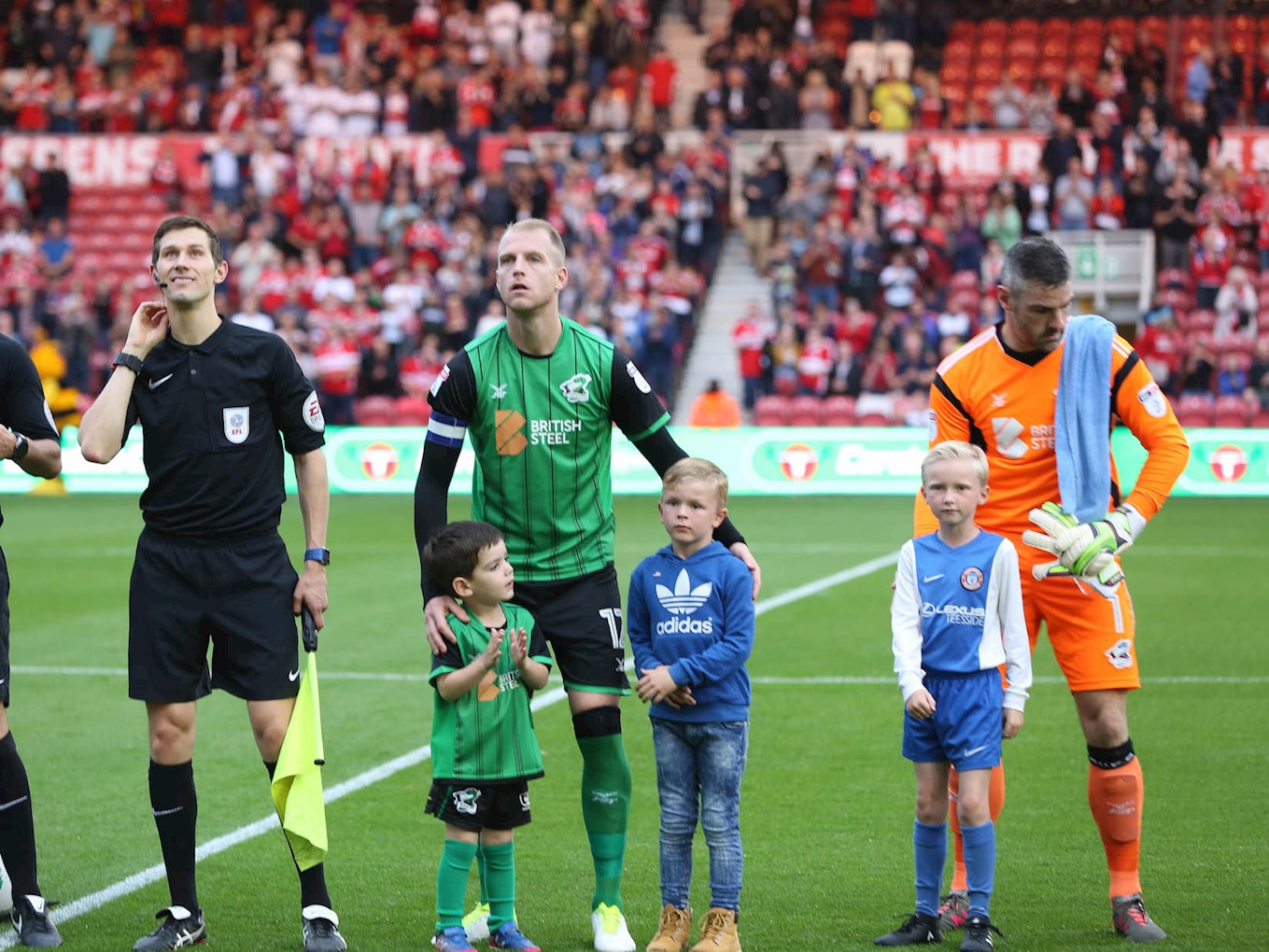 United romped to their first away victory of the campaign, against ten-man Argyle.

Paddy Madden bundled the Iron ahead in front of the travelling support on a blisteringly hot weekend down in Devon, heading home after his initial effort cannoned off the crossbar.

The hosts were reduced to ten men on the stroke of half time, with Antoni Sarcevic shown a straight red card for a headbutt on Scunthorpe's goalscorer.

Madden would double his and United's tally with a low diving header before Tom Hopper got the slightest of touches on a cross to make it three and Josh Morris drilled home the fourth with moments remaining. 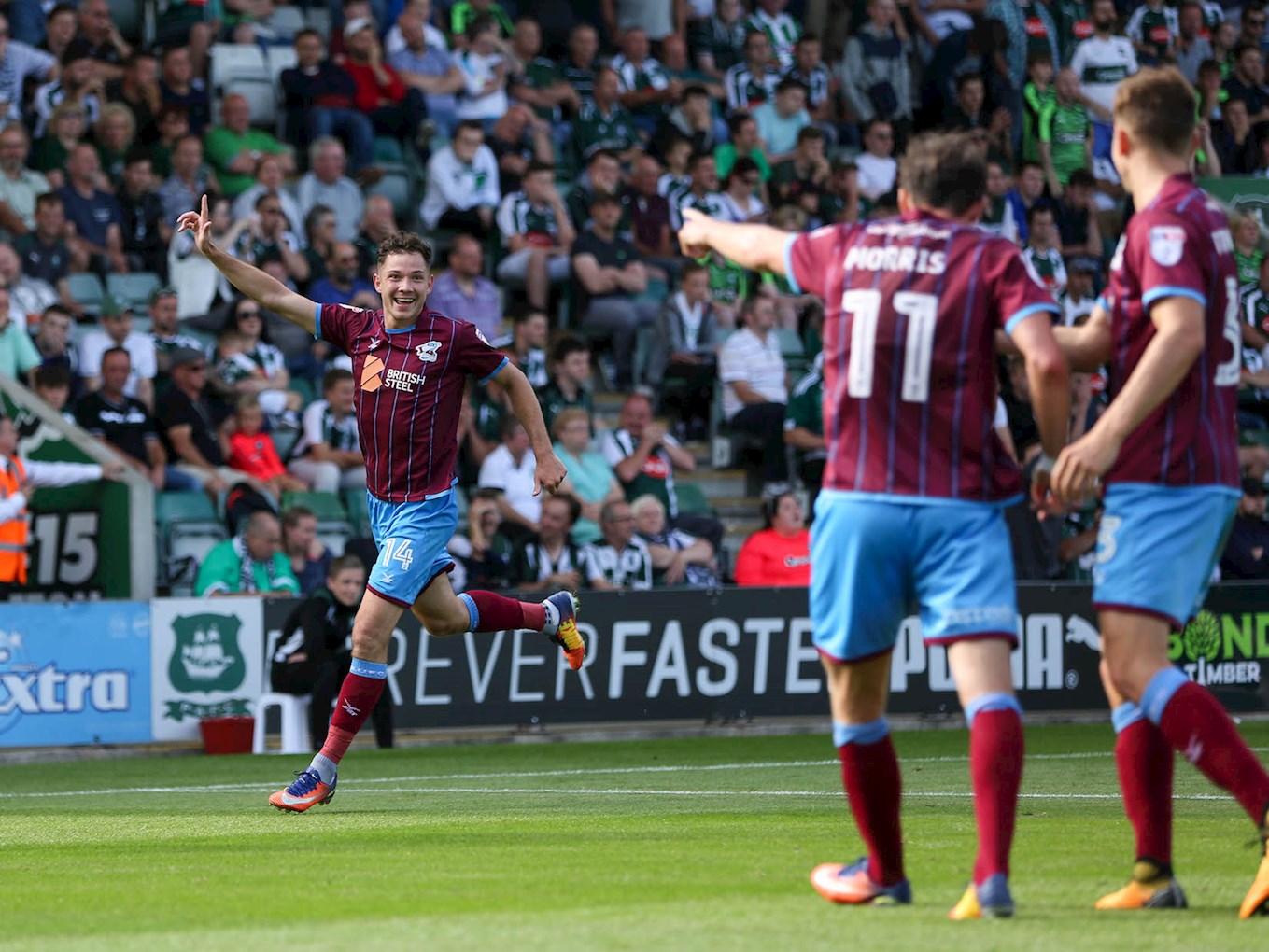 Kevin van Veen capitalised on a loose ball to make it 1-0 after Hakeeb Adelakun saw his stinging effort saved before Duane Holmes doubled the lead.

Rees Greenwood hit back with a brilliant strike to make it 2-1 before Josh Morris slotted in from close range to seal the win. 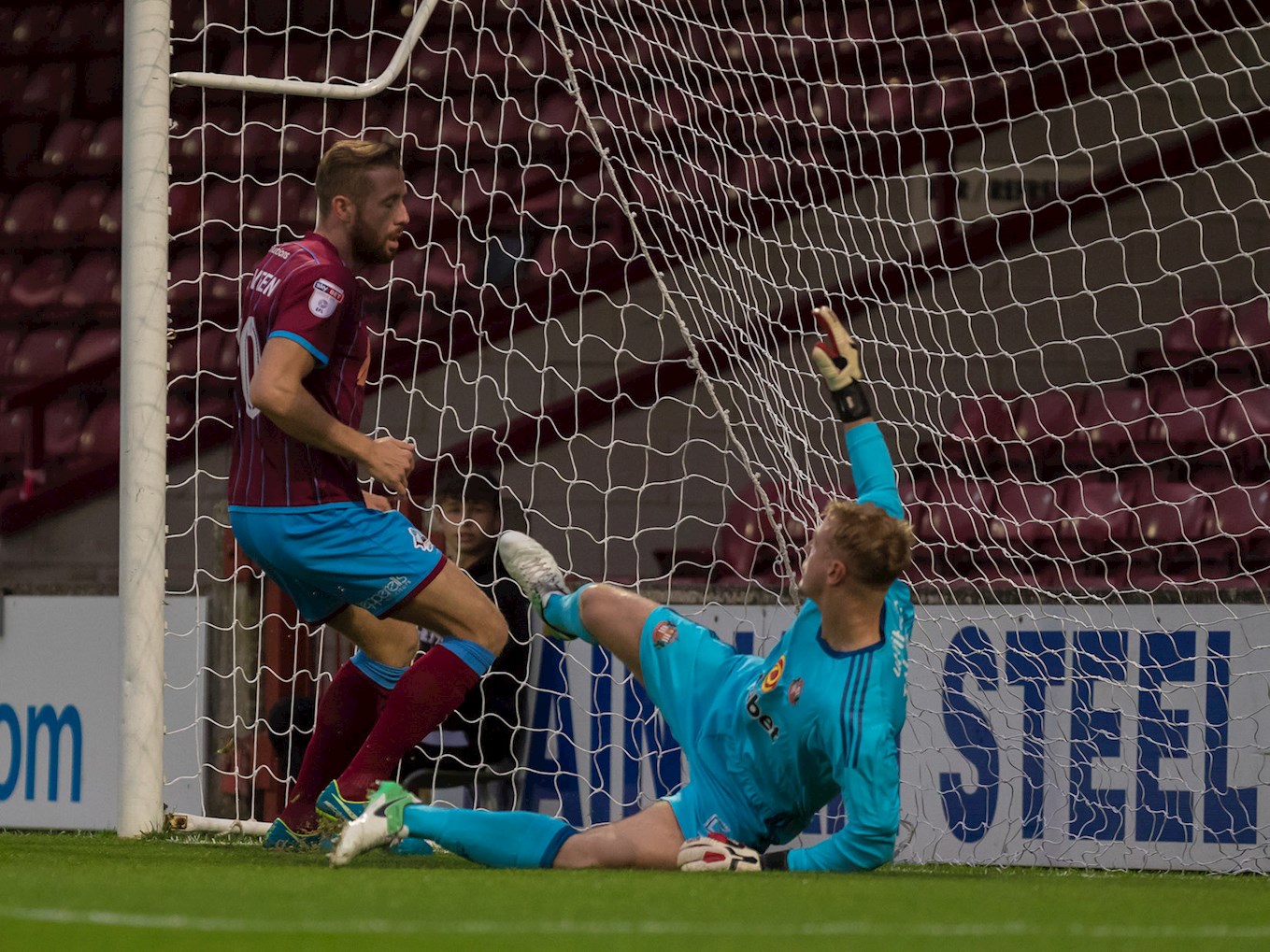 Josh Morris’ late winner against Oxford United was vote as the Iron’s goal of the month for August.

He cut in from the right before unleashing a shot across goal and into the bottom corner of the net to hand the side all three points against the U's. 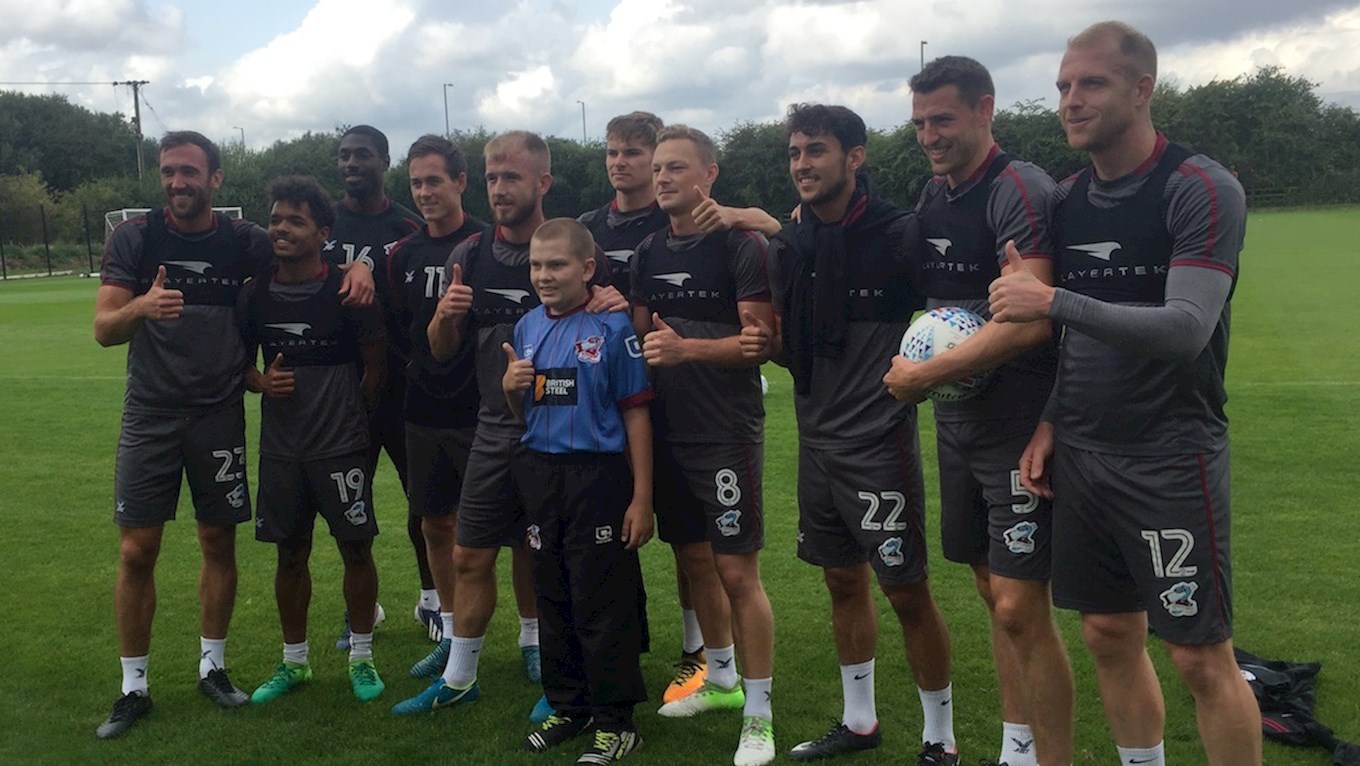 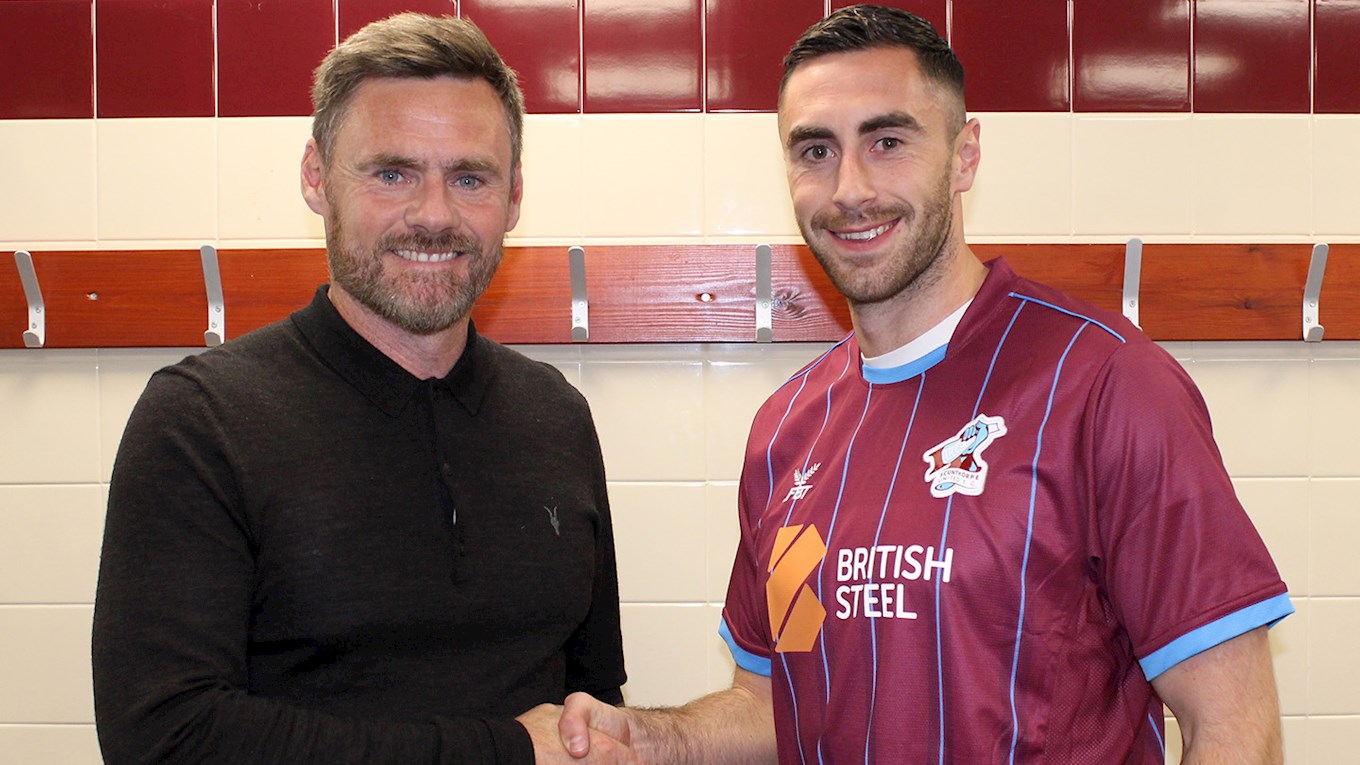