Scunthorpe United have completed the signing of striker Lee Novak on a free transfer. 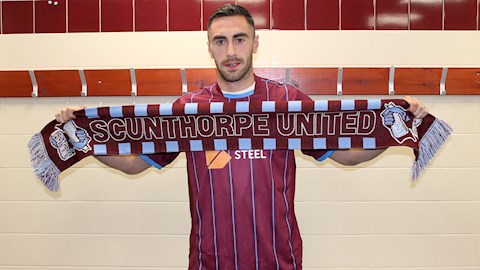 The 28-year-old has penned a two-year deal to sign for the Iron on Transfer Deadline Day, following his exit from Charlton Athletic.

The Newcastle-born frontman started his senior career with Scottish side Gretna, before returning to the North East to play for Newcastle Blue Star and then Gateshead.

Novak’s prolific spell at the latter saw Huddersfield sign him, and he enjoyed a successful four-year stint with them in League One and the Championship.

A three-year stay at Championship side Birmingham City followed, and he also enjoyed a prolific loan spell at Chesterfield during that time. The forward then signed for Charlton Athletic last summer.

He has scored 59 goals in 177 EFL starts and could make his debut for the Iron at Bury on Saturday.