The Iron's attention turns to the Carabao Cup, with Notts County the visitors to Glanford Park on Tuesday (7.45pm kick-off). 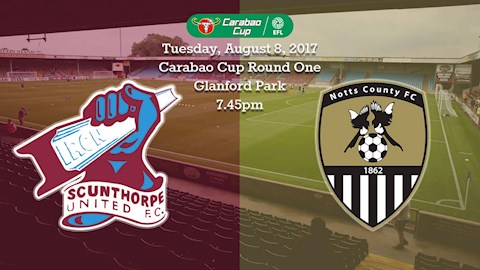 It comes three days after a 1-1 draw against AFC Wimbledon at the weekend, with Conor Townsend netting the opener before Jimmy Abdou equalised for the Wombles in the second half.

TEAM NEWS...
In his pre-match interview, manager Alexander confirmed that midfielder Neal Bishop will not be available to face his former club after coming off with a dead leg on Saturday.

Elsewhere Lewis Butroid, who had picked up a knock two weeks ago, will continue to miss out despite resuming training on Monday.

Luke Williams (hamstring) will definitely miss out for the Iron, however the forward has returned to training and is progressing every day.

PREVIOUS MEETINGS...
The Iron were victorious after extra time in this corresponding fixture last season at Glanford Park.

Kevin van Veen struck either side of the interval in the 30 minutes extra period to set up a round two tie against Reading.

Our full record against Notts County is as follows:

ONE TO WATCH...
The Magpies have a very experienced front line in Shola Ameobi and Jon Stead.

Stead has enjoyed a long career spanning 15 years with the likes of Blackburn Rovers and Sunderland, while Ameobi most notably spent 14 years of his career at Newcastle United, scoring over 50 goals in more than 300 appearances. 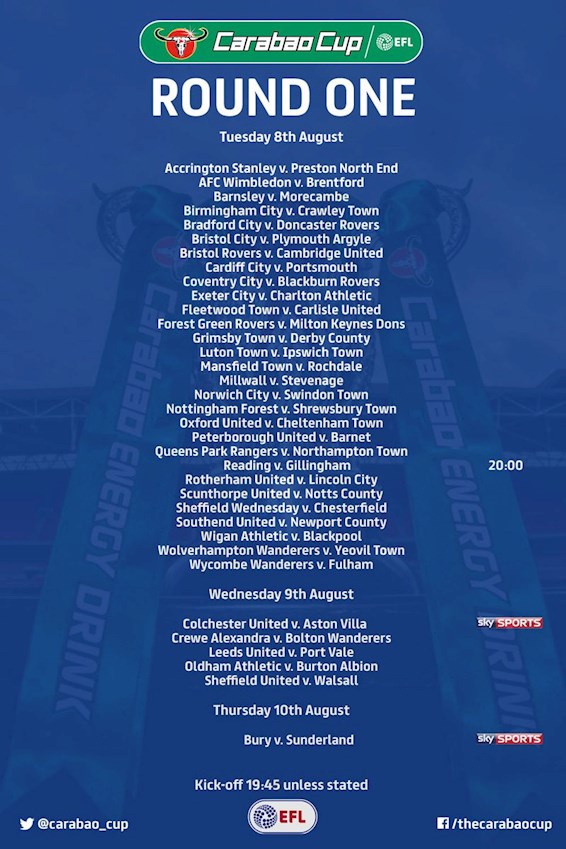 TICKET NEWS...
Click here for full ticket news ahead of the game.

In an action-packed game with rain falling for the duration, County took the lead through Jorge Grant in the first 45 minutes.

However, Paddy Madden’s penalty and Duane Holmes’ strike turned it around for Scunthorpe with the hosts looking healthy towards the end of the game.

It wasn’t to be for the Iron in normal time though, when Shaun Brisley got an equaliser in the dying minutes of the game and took it to extra-time at 2-2.

During that half-hour spell, Madden restored the lead for United with a finish into the bottom corner. He beat the offside trap and in the centre of the goal, he put it to the left of the goalkeeper to make it 3-2.

Late in extra-time, Notts County had another equaliser courtesy of Ryan Yates’ goal.

Manager Graham Alexander made three changes to the starting eleven that played against AFC Wimbledon on Saturday, handing starts to Charlie Goode, Sam Mantom and Kevin van Veen. Hakeeb Adelakun and Cameron Burgess were on the bench, while Neal Bishop missed out through injury.

Devonte Redmond came off the bench late in the second-half to make his competitive debut since joining on loan from Manchester United.

The Iron had a half-chance within two minutes of the game starting. Conor Townsend whipped in a cross for Jordan Clarke at the back post, but his header was safely claimed by Ross Fitzsimons in the Notts County goal.

The Magpies' Jon Stead was then provided with a glorious opportunity inside five minutes, thanks to a great pass from Yates. However, the captain drilled his shot straight at Gilks from the right-hand side.

Shortly after, Grant had his first sighting of goal for the visitors, although he dragged his shot wide of the left post. In the 14th minute, Grant had another shot for County, but it caused no real harm to Gilks, as it safely curled into the 35-year-old’s hands.

As the rain pelted down, County hit the crossbar with Grant once more being involved in their attack. He was given far too much space by the Scunthorpe defence, and was inches away from getting an opening goal.

In the 23rd minute, Grant finally managed to find the back of the net, after United failed to clear Rob Milsom’s corner. The ball broke for the forward and he poked it home to make it 1-0 to the Magpies.

Funso Ojo had a long-range shot deflected over for a corner in the 26th minute, and from the resulting set-piece, Fitzsimons made a solid save from close range. The ball looped up and van Veen rushed onto it and smashed a volley goalwards, but the goalkeeper stood strong and prevented the Iron from grabbing an equaliser.

On the 37th minute, the Magpies’ full-back Carl Dickinson had a free kick, which was sneaking into the top right-hand corner, tipped over by Gilks for a corner.

Just before half-time, Grant delivered a dangerous, in-swinging free kick from the left side, skipping through the box, but the stretching Brisley at the far post couldn’t increase the lead for Notts County.

Holmes was next to burst forward for the Iron, causing a scramble inside the visitor’s box after a cross from van Veen. Mantom couldn’t get a foot on it and Holmes was also unable to convert.

After a corner taken short by Notts County, Terry Hawkridge clipped in a cross and Brisley rose the highest, sending his header just past the right post. Jonathan Forte went on a run with the ball along the left flank and chipped in a cross. The ball floated over Gilks and bounced off the top of the crossbar and away to safety.

Quickly up the other end, the Iron were disallowed a goal in the 61st minute. Mantom worked the ball out wide, with Adelakun flashing it across goal for Madden to tap home, but the Irishman was flagged offside by the assistant referee.

In the 68th minute, Madden was on the scoresheet as he converted a penalty to make it 1-1. It was won when Mantom passed it wide to the charging Townsend, he darted into the box and was then fouled by Hawkridge. Madden’s spot kick was slotted into the bottom left-hand corner, as the goalkeeper stayed rooted in the middle.

In the 75th minute, Fitzsimons made a stunning one-handed save, flying across his goal to stop Ojo’s powerful header. He tipped it onto the crossbar, after the Belgian central midfielder met van Veen’s header perfectly and he was denied his first goal for Iron.

Van Veen was given the ball by Adelakun and he continued into the box, forcing another save for Fitzsimons to make. The striker’s shot was close to the ‘keeper, but was struck with a lot of power.

On the 86th minute, Holmes put Scunthorpe 2-1 up. He raced through after receiving a pass from Mantom.

However in the 92nd minute, Notts County grabbed a late equaliser and took the game to extra-time. Milsom’s corner was met by the head of defender Brisley, hitting the post with his first chance, before pouncing on the rebound and levelling the game up at 2-2.

Townsend then had a late shot saved by Fitzsimons and so too did van Veen. The forward was put through on goal, but the Notts goalkeeper blocked his path. That was the last action in normal time of the match.

The first chance in extra-time fell to Elliot Hodge. He drove into the box and sent a strong shot goalwards, but Gilks palmed the ball away.

In the 100th minute, Milsom floated in another corner which was met at the far post by Haydn Hollis. His shot was heading towards the back of the net, but Madden, on the line, diverted the effort away from goal.

Seconds before half-time in extra-time, Madden slotted the ball past Fitzsimons to make it 3-2 and get his second of the night. Adelakun played the number nine through and the striker had the easy job of scoring.

Madden then had a chance to get his hat-trick, shortly after the break. Adelakun was again the provider, crossing from the right wing, but Madden couldn’t get his header on target.

In the 110th minute, Holmes did really well with some neat dribbling in the box and he played it across goal to van Veen, dinking it towards the net, however his shot came off the crossbar and fell nicely for the goalkeeper to collect the rebound.

Notts County were so close to getting another equaliser in the 112th minute. Alan Smith hit the ball across the face of goal and it held up in the surface by the far post. An Iron defender was quick to it and managed to clear the ball away.

Minutes later, County did score their third and got an equaliser. Yates turned inside the box and drove his shot past Gilks, who had little time to react to the strike.

There was to be no late winner, so the game went to a penalty shootout, with the new ABBA format being used.

Matt Gilks went to his right and made a strong save from Hodge’s penalty, meaning Scunthorpe progress to the next round of the competition after beating County 6-5 on penalties.

Tickets are now on sale for the Iron's first round clash in the Carabao Cup against Notts County. 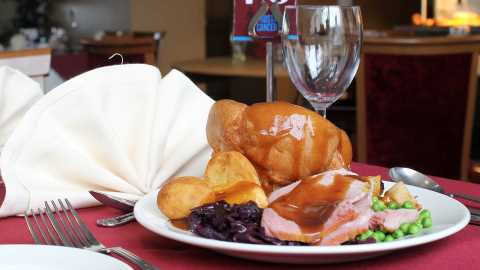 The Magpies travel to Glanford Park on Tuesday, August 8th, 2017, with the match kicking off at 7.45pm.

Fans are able to pay on the turnstile for the Britcon Stand, and also Turnstiles 4A and 4B of the Clugston Stand.


Tickets are now on sale for the Iron's first round clash in the Carabao Cup against Notts County.