The Iron will be back in league action this Saturday, when they travel to the Crown Oil Arena to face Rochdale (kick-off 3.00pm). 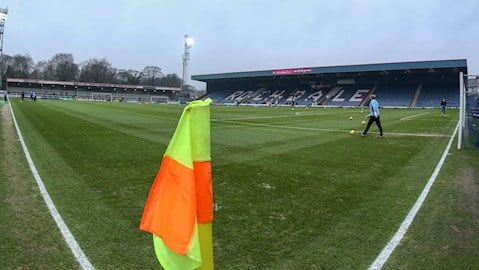 It comes after being taken all the way to a penalty shoot-out in the Carabao Cup versus Notts County, which United won 6-5, after drawing 3-3 following extra-time.

Graham Alexander will be hoping his side can record their first three points of the season, following their opening day draw with AFC Wimbledon.

Meanwhile, the Dale will also be seeking their first league win, after they lost 2-0 away at Portsmouth.

Josh Morris went for an X-ray and is clear of any major injury after hobbling off just after half-time against Notts County, but he will be monitored in training to see if he his fit for this weekend’s match.

Neal Bishop will train and could also play since suffering from a dead leg last Saturday and missing out in midweek.

The same applies for Lewis Butroid, who has been training again and could be in contention.

However, Luke Williams won’t feature in the squad despite continuing his step-up in training. The club want to arrange a reserve game for him to play in first.

PREVIOUS MEETINGS…
The Iron won their last game against Rochdale 2-1 at Glanford Park in March.

They found themselves behind at half-time, but second-half goals from Paddy Madden and Matt Crooks was enough to change the game around and get the victory.

ONE TO WATCH…
Having come through the Rochdale youth system and signing a new contract that will keep him at the club until 2020, Callum Camps is certainly a dangerman for Keith Hill’s men this Saturday.

Camps, who is just 21-years-old, is a bright prospect and has played over 100 games for Dale, scoring on 16 occasions.

The attacking midfielder scored the only goal in their Carabao Cup game against Mansfield Town from 25-yards out on Tuesday.

United drew 1-1 away at Rochdale on Saturday afternoon. 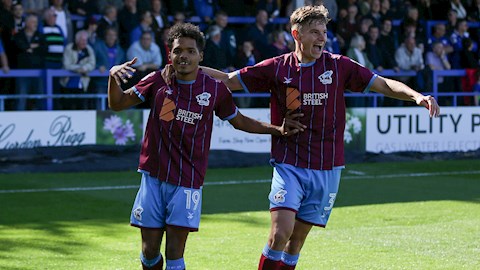 Substitute Duane Holmes made it two goals in two games, as his second-half strike earned the Iron a vital point.

The ball was threaded into the box in the 66th minute by Hakeeb Adelakun. Fellow substitute Tom Hopper chose to leave it for the oncoming Holmes who ran onto the ball unmarked and found the back of the net.

Iron manager Graham Alexander made three changes to the side that started against Notts County. Neal Bishop, Adelakun and Levi Sutton came into the team for Jordan Clarke, Charlie Goode and Sam Mantom.

Early on, Matthew Done was energetic on the left wing but Sutton had his number, preventing any danger from the winger.

The first chance came in the third minute for the home side’s Ian Henderson. The striker was found in the box and had an acrobatic effort towards the goal but the ball went wide of the post.

The ball came out to Callum Camps in the sixth minute, who managed to drive a shot at goal. The Iron defence barricaded it out and converted the pressure into an attack.

Josh Morris sprinted down the left wing and had a shot on goal. Unfortunately though, he sent it a whisker wide.

Kevin van Veen looked dangerous with time on the ball. Shortly after he found himself in space and had a shot from just past the halfway line but was denied by home goalkeeper Josh Lillis.

Van Veen wasn’t the only player trying for something special, as later Ojo sent a rocket at Lillis from long range and only narrowly missed the crossbar.

Soon after, Paddy Madden, who put two past Notts County in midweek, anticipated a badly-weighted pass from the hosts and sprinted for it. However, Lillis was the hero for the Dale as he just beat Madden to the ball.

Bishop then took a quick free-kick in the middle of the park. Conor Townsend received it on the left wing and sent Morris into the box. Morris attempted to drag it back to van Veen but the play was cut out with an interception.

They weren’t without pressure from the Dale as a failed clearance fell perfectly for Callum Camps. The midfielder had a shot but Murray Wallace pulled off the heroics and blocked it.

Madden was unfortunate not to beat Lillis with his second effort. He chipped the ball from just inside the box and it forced a full stretch out of the goalkeeper to protect his goal.

Matthew Done picked up where the hosts had left off in the second half by getting an early shot away. It was nothing that Gilks couldn’t handle but the Iron were forced back into their half.

It was in the 54th minute that Rochdale managed to break through the Iron’s defence. A corner was sent into the box and substitute Stephen Davies came free to nod it into the net at the back post. He wasn’t done there though.

In the 60th minute the ball fell into his path on the right hand side of the box. He hit it first time and the curling effort forced a world-class save from Gilks.

The Iron equalised though when Holmes continued his heroics from the Carabao Cup to once again come off the bench and grab his goal.

From there the chances came thick and fast as Ojo and Madden both came close to netting the winner. From then, the play was mostly in Scunthorpe’s favour.

Adelakun managed to slip away from his defender on the edge of the box and fire a shot at goal. However, it was straight at the ‘keeper.

There was a slight scare from a late corner in the 88th minute. Niall Canavan leapt like a salmon to head the ball at the top right corner, and it took Gilks’ fingertips to keep it out.

Fans can pay on the turnstile for the Willbutts Land Stand when the Iron visit Rochdale on Saturday, August 12th.

The Iron have been asked to make supporters aware that proof of age may be required on entry for concessionary tickets, with all under-21's required to bring photographic ID, which includes their date of birth. Rochdale do not offer student concessions. 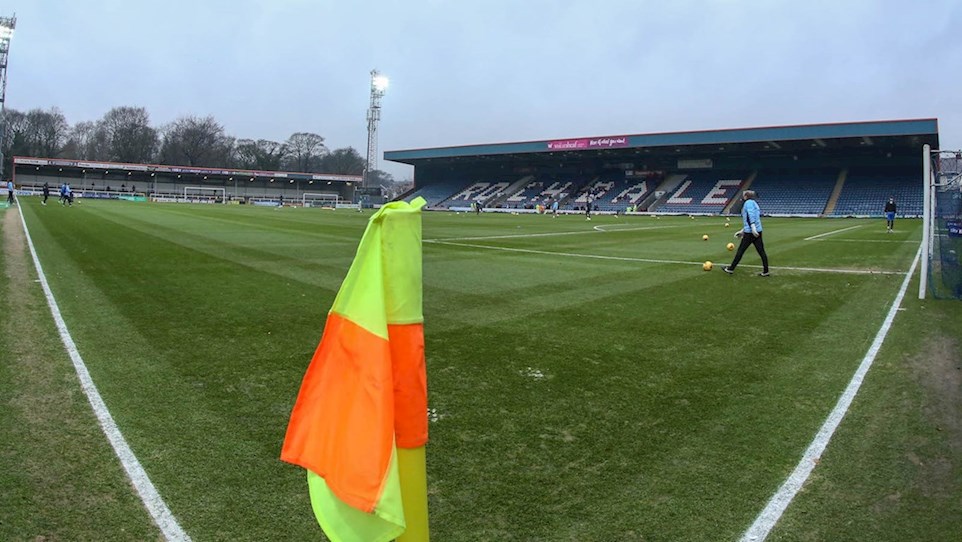