The Iron are back on their travels this Saturday when they face Fleetwood Town at Highbury Stadium (3pm kick-off). 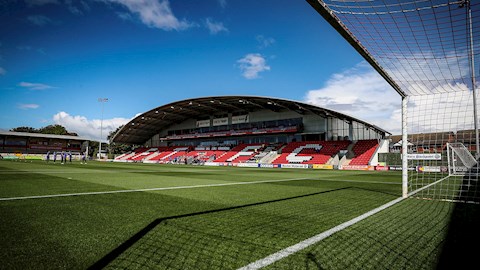 United will be looking to bounce back from a last-gasp 3-2 defeat to Southend last weekend, with the winning goal coming after Scunthorpe had gone down to ten men.

Fleetwood sit in 15th position and also suffered a late defeat when Gillingham secured a 2-1 victory with a late penalty.

TEAM NEWS…
The Iron completed the loan signing of Preston North End right-back Marnick Vermijl on transfer deadline day and the Belgian will be assessed ahead of the match.

Midfielder Sam Mantom has gone out on loan to Southend United for the rest of the season, while Kevin van Veen has joined Northampton Town permanently.

Neal Bishop (knee) and Matt Gilks (calf) will both train on the grass ahead of the contest, however they are unlikely to be involved.

Cameron Burgess will be suspended for one game following his dismissal at Southend United last week.

ONE TO WATCH…
Paddy Madden will be no stranger to Iron fans, as he prepares to face the club for the first time since leaving for Fleetwood in January.

The Irishman bagged 60 goals in 196 appearances whilst he was at Glanford Park and cemented a place in the top ten all-time scorers for Scunthorpe.

The striker has netted two goals in the three games he has played for the Cod Army.