Ahead of this weekend's fixture, we speak to former Iron and Fleetwood Town striker Jon Parkin, who enjoyed a loan spell at Glanford Park ahead of a permanent move to Highbury in 2012.

Originally featured in our matchday programme vs Fleetwood Town on Tuesday, October 17th, 2017

REFLECTING ON HIS TIME WITH THE IRON…
On arriving at the Iron on loan, it would be the 11th different club of his career and his fourth of the campaign – something that now isn’t allowed in modern EFL rules.

He began the campaign with parent club Cardiff City before playing for Doncaster Rovers, Huddersfield Town and then Scunthorpe on loan – the latter of which was arguably his most successful of the trio of loan moves. He would net six out of his seven strikes for the 2011-12 campaign while in claret and blue.

“It was a very good time of my career and I enjoyed being at Scunthorpe to be fair,” he said.

“I came in when the team was second or third bottom of League One and the target was to stay in the division. If I remember rightly, we secured survival with a couple of games to go.

“Things weren’t working out at Cardiff. I wanted to get back up north and the three loan spells I had that season weren’t far from home so it was perfect for me really. I went to Doncaster first that season and things were going alright there before the new owners came in and changed things. They didn’t want to pay my wages back to Cardiff, so that’s where things ended there. I then moved onto Huddersfield and things didn’t really work out. 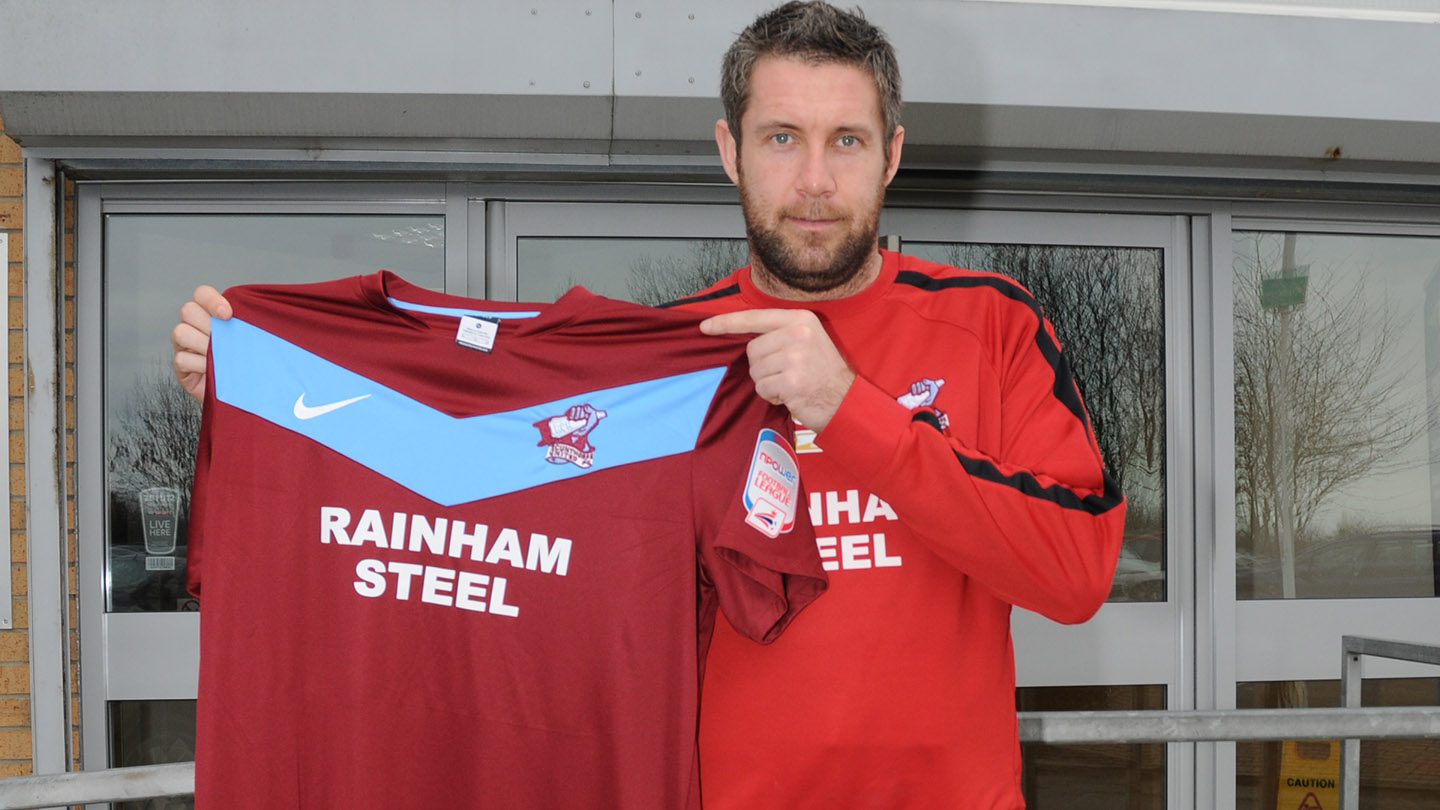 “The next move for me was Scunny and I feel I did alright in my time there. I knew Brassy (Chris Brass) from my first spell at York and he asked me to come and help them stay in the division and luckily we managed to do that, so it was job done as far as I was concerned.”

When Parkin netted for the Iron, it never ended in defeat. He first scored in 3-1 and 4-1 victories over Leyton Orient and Wycombe Wanderers respectively before getting three goals in draws against Charlton Athletic and Yeovil Town. His final United strike would be the winner against Exeter City.

He said: “I didn’t actually know that statistic, but knowing that now I’m glad that I could’ve played a positive part in that. That Yeovil equaliser was a rearranged game, so we were back down there after the game had been called off. It was very foggy, but it was good to score in the last minute and come away with a point.” 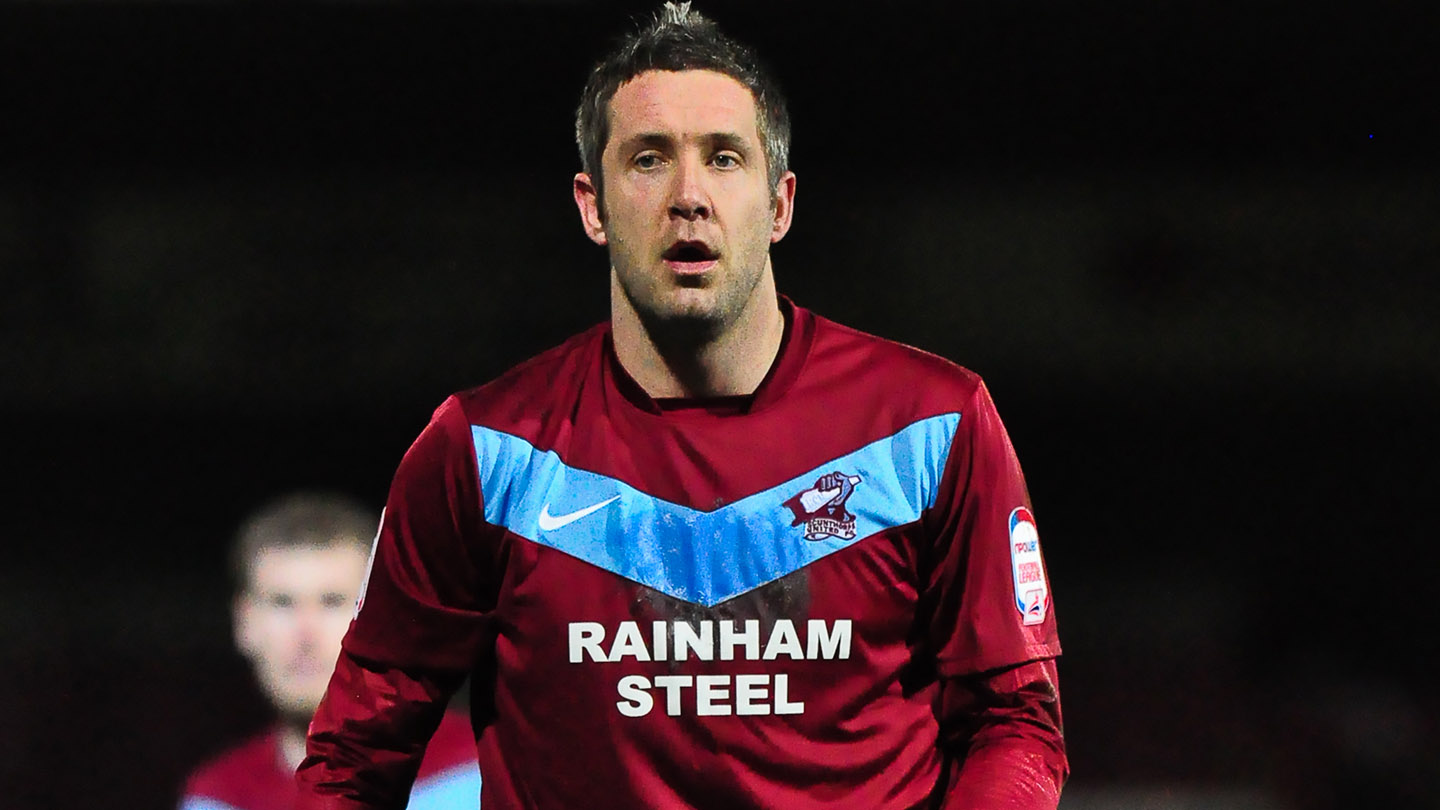 ON HIS POTENTIAL IRON STAY AND MOVING ONTO FLEETWOOD…
With the loan moves back up north, it was inevitable that Parkin’s future would lie away from Wales, but it could have been a further campaign with Scunthorpe had he chosen to accept an offer from then-manager Alan Knill. Instead, Fleetwood Town would be his 12th career club, where he’d remain for the next two seasons.

He said: “To be fair, Knilly offered me a contract. We’d just stayed up and with all due respect to Scunthorpe, at that time, I wanted to go to a club with ambitions and challenging up at the other end of the table. It was going to be another season bobbing along in 2012/13 for the club, which is why I chose to go to Fleetwood.”

In the end, the League Two side would be his new side following a surge through non-league to become a league side. The Iron would suffer relegation to League Two in his first season in the north west, while both clubs would be promoted in the following campaign.

“I was at the point of my career where I was on the downward slope and if the club had finished 12th, it would have been a successful season, so it was good to move on,” he stated.

“I went to Fleetwood to get promoted and in my second season there, I helped them do that. It was another case of job done. I remember that season coming up against Scunny and we lost 1-0 at home and drew 0-0 at Glanford Park. I think I burst my eye in that game, but I would have liked to have taken the penalty that was missed.”

Fleetwood’s promotion came at Wembley Stadium under the now-Iron manager Graham Alexander. It was to be the first of a three-game flurry of appearances at the national stadium for Parkin, who will look back at two-thirds of those visits with fondness.

“It’s a great experience and I’ve played there three times in the last four years now,” he continued.

“It’s a good day if you win and I’ve won two out of the three times. When you’ve lost, it’s not very nice, but it is a great experience. I’m delighted to have got there three times as some players go through their career without playing there once.”

FEED THE BEAST AND HE WILL SCORE…
Few football supporters will fail to tell you his nickname, but how many can recall where it originated from?

‘The Beast’, as he is affectionately known, accrued the nickname at his fourth career club more than a decade ago and since then, it has followed him wherever he would end up next – including his short stint at Scunthorpe.

“It was Brian Horton, when he was the Macclesfield manager (who is responsible for the nickname),” he stated.

“He did an interview, I think for a newspaper after a game. He said that I was a bit of a beast and that ended up being a part of the headline and from there it stuck with me. It is what it is, it’s how people refer to me and I’ve been called a lot worse than that, so I can cope with it!” 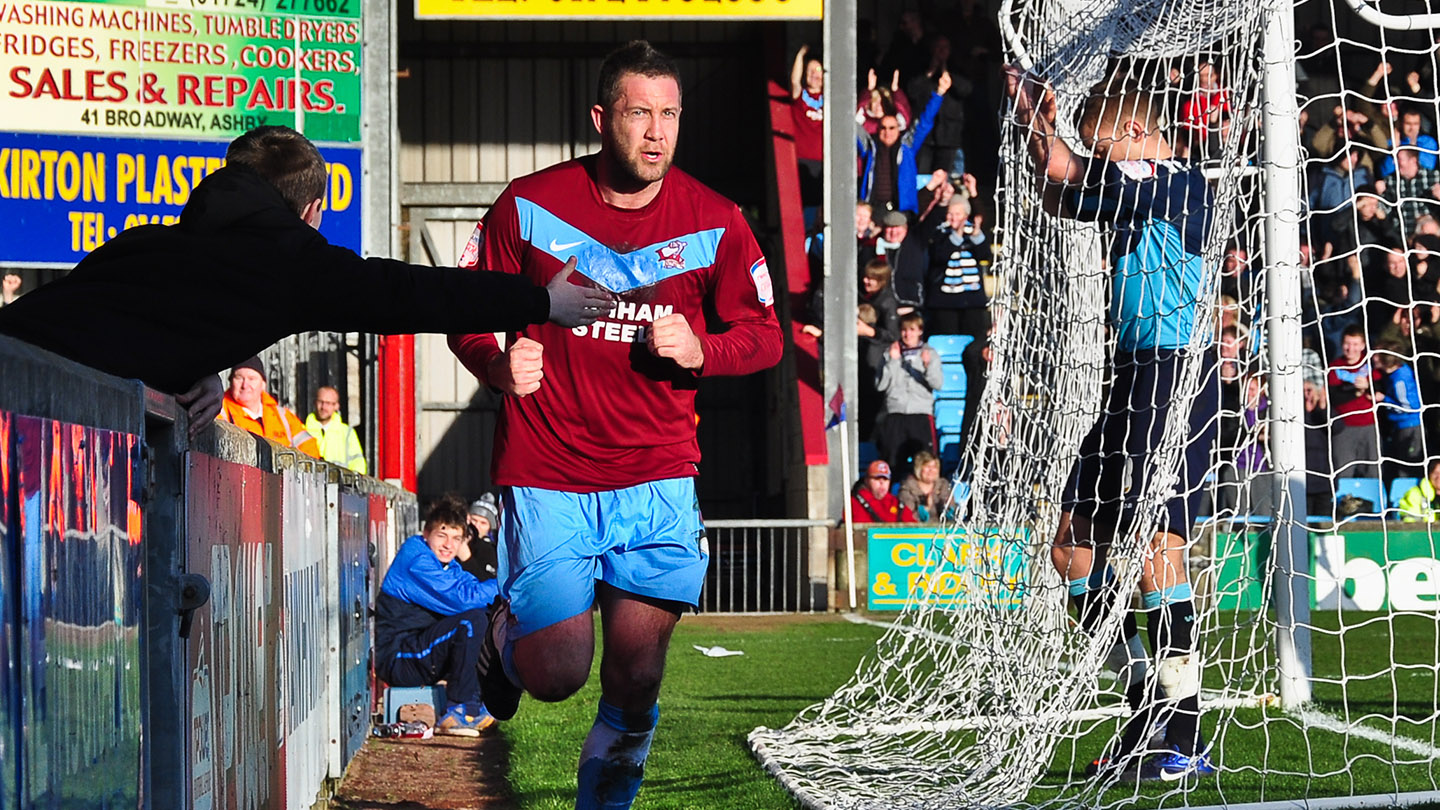 BEYOND LIFE AS A FOOTBALLER…
Now in his 20th season as a professional, there’s no sign of the end for Parkin as he continues to find the net for his current side York City.

He’s one of the few remaining players in the top six leagues of English football to play in the league in the 1990s, and he admitted himself that he didn’t think his career would last as long as it has.

“I never thought how many I would like to score, but to break over the 200 mark is something to be proud of. It’s definitely lasted longer than I thought it would.

“I made my debut in 1998-99, so it’s been a long one and I’m still going to keep grinding it out. As long as I’m enjoying it, I’ll keep going, if I feel I can still contribute. If I got to the point where I was just a number, not affecting games, winning points or scoring goals, I’d knock it on the head.”

Despite not seeing the boots on the hook in the immediate future, the ambition to remain in the sport is evident and with over 550 career appearances to his name and over 200 goals, he will surely have a lot to offer and pass on to upcoming potential in the future.

He said: “I’m going to try and go down the coaching route and see where that leads – hopefully I’ll stay in football. The aim is to pass on the knowledge I’ve gained over the 20+ years."