Will Finnie will take charge of the Iron's home league encounter against Hartlepool United on Saturday.

The Luton-based referee arrives at the Sands Venue Stadium for his 36th game of the season and his 13th in Sky Bet League Two. The current campaign is his third as an EFL official.

Incidentally, Finnie's first-ever game on the EFL was involving the Iron as he took charge of the 2019-20 season opener against Swindon Town two-and-a-half years ago. He issued two cautions on the day - to Harrison McGahey and Andy Butler. This will be his fourth match involving Scunthorpe after refereeing last season's home win for Scunthorpe over Barrow, and the defeat at Swindon back in February.

His first game of the current season came at the Valley when he oversaw the goalless League One draw between Charlton Athletic and Sheffield Wednesday. Four cautions were issued on the day. His latest fixture in the middle came last weekend at the Keepmoat Stadium when he took charge of Doncaster Rovers' home win over Burton Albion, with just three yellow cards issued.

Meanwhile, his last and only involvement including Hartlepool came in his National League days in February 2019 away at Ebbsfleet United, issuing three cautions on the day.

Last year, he officiated in 27 encounters showing 103 yellows and two reds. So far this season, he has shown 79 yellow cards and four reds in 35 matches.

On Saturday, Finnie will be assisted by Anthony Moore and Richard Bartlett, while Geoffrey Russell has been appointed as the fourth official. 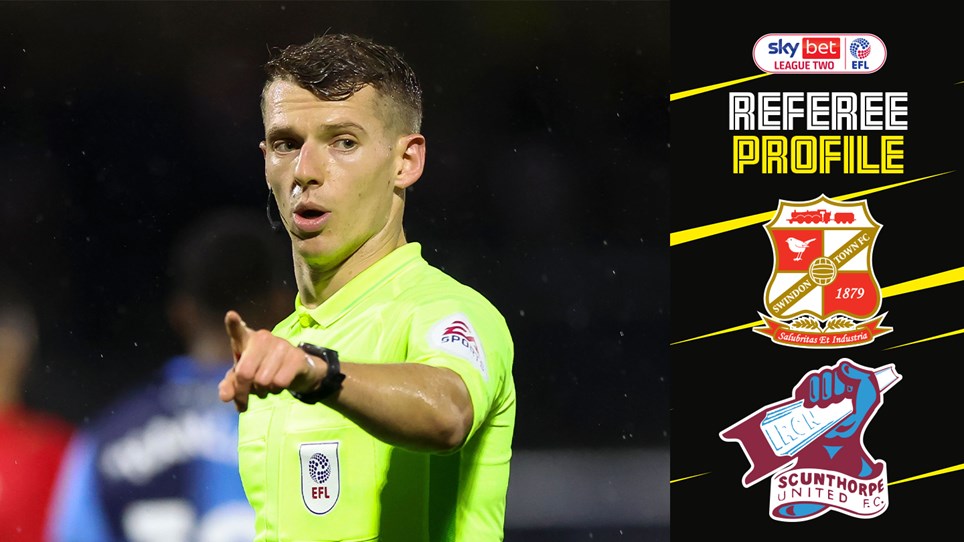 Will Finnie to referee Swindon Town away clash


Will Finnie will take charge of the Iron's away league encounter against Swindon Town on Saturday. 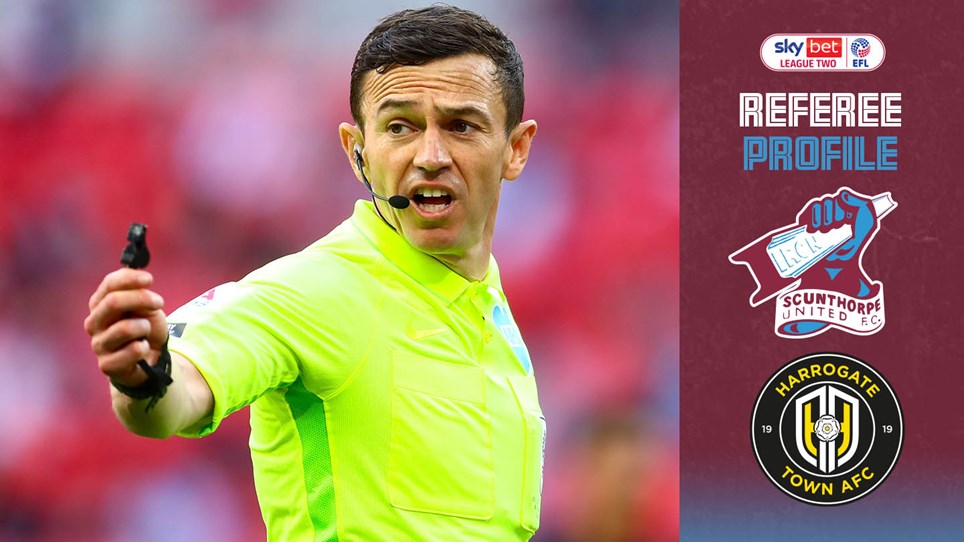 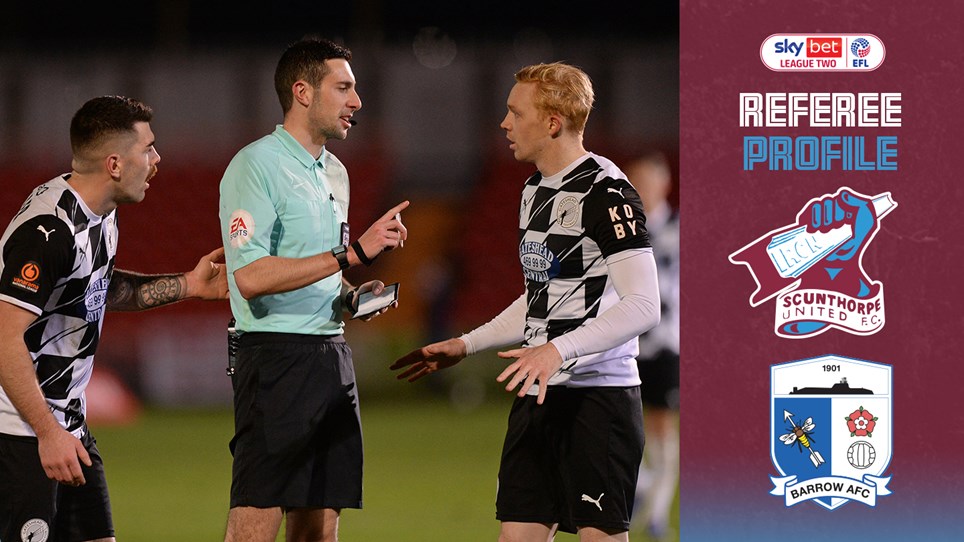 
Tom Reeves will take charge of the Iron's away Sky Bet League Two encounter against Barrow on Tuesday.