As we prepare to make the trip to Harrogate Town in front of a sold-out away following this Saturday, we take a look at our opponents and their season so far.

Our hosts enter the game sitting second in the division, having won five and drawn four of their 10 League Two games so far.

The latter of those last weekend was the most recent, and a first win in five league games for the Sulphurites.

High-flying Harrogate Town scored a goal in each half to return to winning ways at Oldham Athletic last Saturday.

Harrogate opened the scoring in the 29th minute when Alex Pattison pulled a low cross back for Sunderland loanee Jack Diamond to comfortably slot home from six yards.

Luke Armstrong - just hours after his father Alun (Darlington manager) had undergone major surgery - made no mistake in the 66th minute as he clinically converted substitute Lloyd Kerry's through-ball to double Harrogate's score.

Teenage substitute Harry Vaughan halved Oldham's deficit seconds after coming on following a smart one-two with Callum Whelan, but Harrogate hung on for maximum points to sit second in the table. 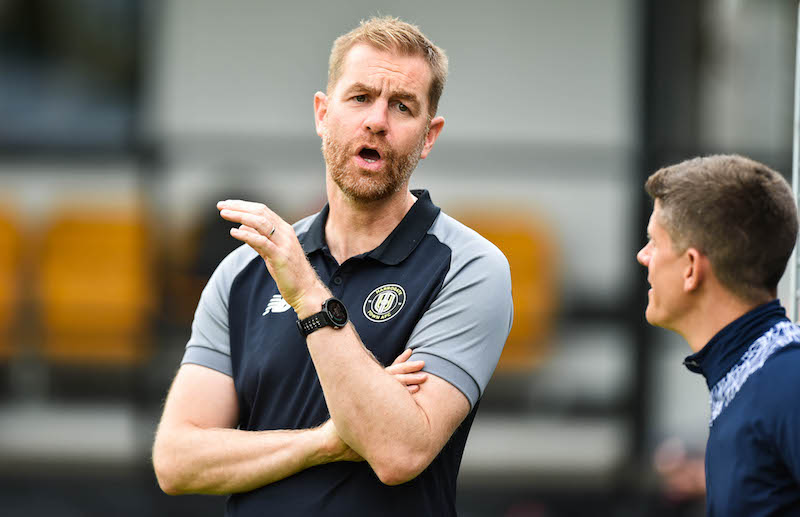 Having passed the ten-year milestone in May 2019, Simon Weaver is English football’s longest serving manager in the top five tiers.

During his time in charge, Weaver has overseen two promotions that have lifted Town from the National League North to the EFL and twice taken his side to Wembley Stadium, most recently to lift the 2019/20 FA Trophy.

After featuring for the likes of Doncaster Rovers, Kidderminster and Scarborough in his days as a centre half, Weaver has built a strong reputation as a manager at Wetherby Road. 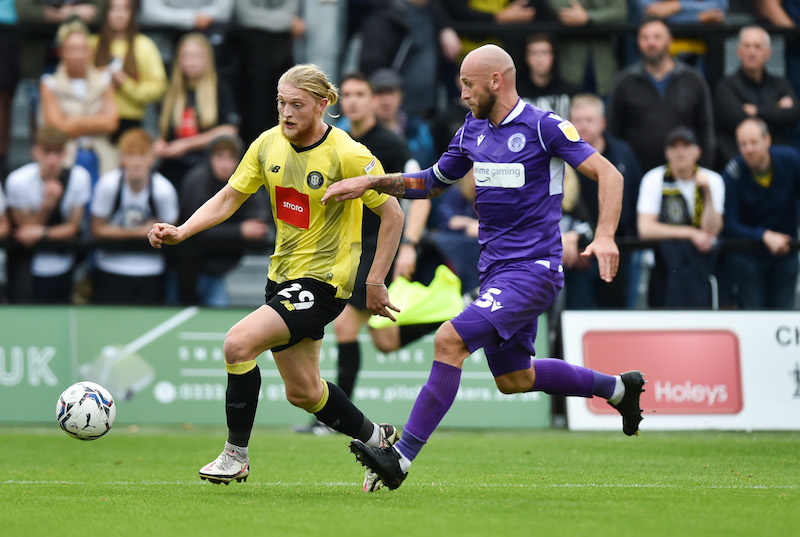 Summer arrival Luke Armstrong is top scorer so far, with seven goals to his name.

Durham born Armstrong signed from Salford City in June 2021, having spent the last season on loan at Hartlepool United where he earned promotion to The Football League.

Armstrong spent time at Middlesbrough and Birmingham as a youngster and then moved onto Blyth Spartans where he scored 23 goals in 42 appearances.

The striker then rejoined Boro and spent time on loan at Gateshead and League One side Accrington Stanley before signing permanently for Salford City in 2019.

Halfway through the 2020/21 season, Armstrong joined Hartlepool United on loan and scored 13 times in less than 30 appearances. 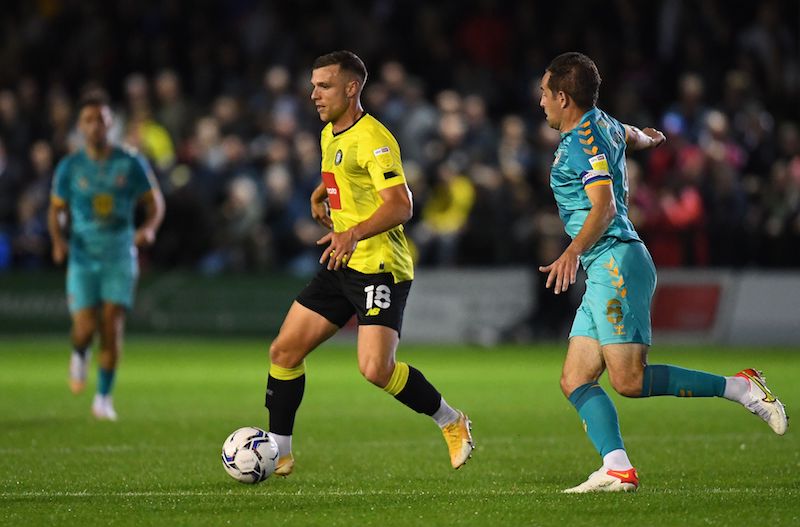 Now 32, Muldoon joined Town in June 2018 having proved a success at former clubs AFC Fylde and Lincoln City, winning promotion to the EFL with The Imps and scoring the Coasters Goal of the Season against Macclesfield during 2017/18.

Muldoon has finished as top scorer in each of his three seasons at the club and holds the honour of scoring in their first EFL goal away at Southend and first EFL goal in Harrogate against Barrow.

Harrogate have seven players who have started all ten league games so far. 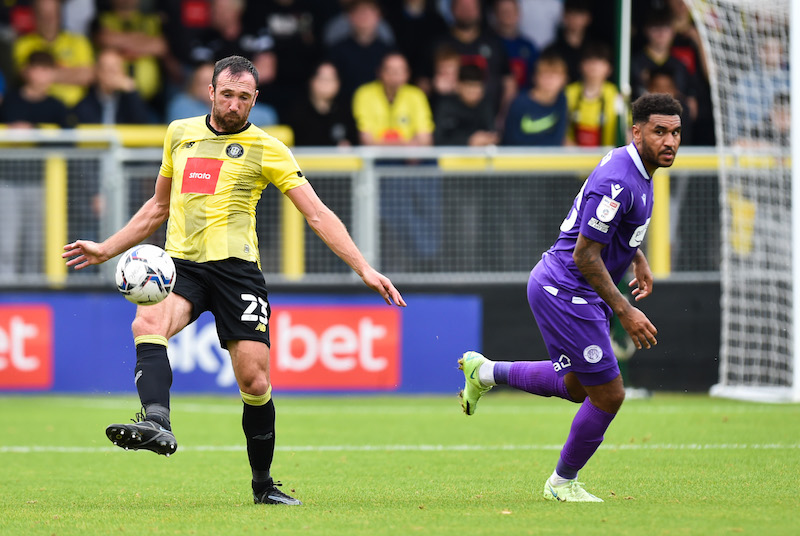 Harrogate reported veteran former Iron defender Rory McArdle will be sidelined for "an extended period of time" because of a groin injury.

He was taken off at half-time during the recent draw at Stevenage. The decision to substitute him was seen as a precaution at the time, but he was sent to see a specialist and a scan revealed an injury to an adductor tendon, which requires surgery.

McArdle, 34, joined Town during the summer after leaving Exeter City following a one-year spell there. He's made nine league starts to far.

The centre-back was with the Iron between 2018 and 2021, making 100 league appearances and scoring four goals.