The Iron will be backed by a sold-out away following when they visit Harrogate Town on Saturday. See our handy guide to the articles we've published ahead of the game below.

JORDAN HALLAM'S PRE-MATCH THOUGHTS
Hear from the attacker ahead of the match.

FLASHBACK
We look back at our two previous games against Harrogate.

IFOLLOW VIDEOS
See from Neil Cox and Jordan Hallam ahead of the game.

ON THIS DAY
See our past record for games played on October 7th.

THE HARROGATE VIEW
See the latest articles from their website.

United suffered a 6-1 away defeat at Harrogate Town on Saturday.

The Iron entered the game making two changes from the side that faced Rotherham United in the Papa John's Trophy in midweek, as George Taft and Jake Scrimshaw came in for Manny Onariase and Jordan Hallam.

The hosts won a corner in the opening minute, with the set-play sent in from the right side and headed towards goal by Connor Hall, whose effort was cleared off the line by Lewis Thompson.

With four minutes gone, there was a second corner of the game for the Sulphurites, this time on the left side. This one was nodded down into the six-yard box, and hit Connor Hall but Rory Watson pounced on the loose ball.

Straight after, at the other end, there was a shout for a penalty for the Iron, as Ryan Loft hooked the ball into the area for Scrimshaw. He drove into the box, shrugged off his marker and went down. The referee had a think before awarding a goal kick.

Harrogate took the lead with nine minutes gone, as a cross from the left from Jack Diamond resulted in a towering header coming in from Ryan Fallowfield. That effort cannoned off the bar and back into play before Scunthorpe-born Jack Muldoon sent in the rebound against the club he was a trainee at.

With 13 minutes gone, there was a corner for the Iron as Scrimshaw’s low drive on the right side of the effort was blocked following good work down the right channel from Devarn Green to squeeze in a low cross.

They then added a third in the 17th minute as Diamond cut onto his right foot and sent in a low shot across goal and into the far corner of the net.

Soon after, Alfie Beestin received the first yellow card of the game as he slid in late for a challenge.

Harrogate made it four in the 30th minute when Pattison slotted in a fourth as the hosts broke forward after an Iron corner, which had come following some good work from Green.

With 36 minutes gone, Scunthorpe had a chance as Taft connected to Thompson’s left-wing cross, with the effort going wide of Mark Oxley’s left-hand post.

In the second minute out of three added before half-time, Watson made a save low down to his right to deny Lloyd Kerry but the home side extended their advantage as Muldoon headed home from close range following a left-wing cross.

After a left-wing cross was partly cleared, the ball dropped to Wood, whose volleyed effort from the edge of the area went wide.

With 59 minutes gone, the Iron got down the left side with Thompson’s cross going through to Green, who took one touch before sending his shot over the bar.

There was a United change two minutes later, as Loft was replaced by Aaron Jarvis.

In the 65th minute, Hippolyte’s powerful right-footed effort was blocked by a Harrogate head out for a corner, which Taft flicked towards goal, with Oxley making a save. Soon after, Scrimshaw was replaced by Hallam.

Three minutes later, Hippolyte saw another shot blocked by a Harrogate defender before Thompson picked up a yellow card.

Not long after, Green won the Iron a corner. The corner was cleared, with Wood sending a volley goalwards, with another body in the way to head wide for a corner. Then, Hippolyte and Hallam both saw shots at goal blocked.

With 80 minutes gone, Harry Davis steered home a header following a cross from the left. Straight after, Hayden Hackney came on for Green.

However, the hosts soon won a penalty at the other end, with Thompson given his second yellow card for the challenge on Power. Danilo Orsi stepped up to take the penalty and slotted in off the post.

They almost added another but Watson was drawn into a point blank save from Orsi following a blocked close range effort.

Scunthorpe next play on Saturday when they host Forest Green Rovers (3pm kick-off).

The Iron's allocation of tickets for the away game at Harrogate Town on Saturday, October 9th has SOLD OUT.

We were handed an allocation of 148 seated tickets and 470 terrace tickets for the game at the EnviroVent Stadium, which will also be available to stream live in the UK and overseas on iFollow Iron under EFL streaming regulations (click here to buy your iFollow match pass).

Meanwhile, official coach travel remains on sale, costing £14 members and £16 non-members. Departure times are 11.30am from the Hornsby bus depot, 11.35am from Ashby Broadway, 11.45am from the Museum and Baths Hall, and 12noon from the Sands Venue Stadium. Travel must be purchased in advance from our ticket office or online via www.sufctickets.com. 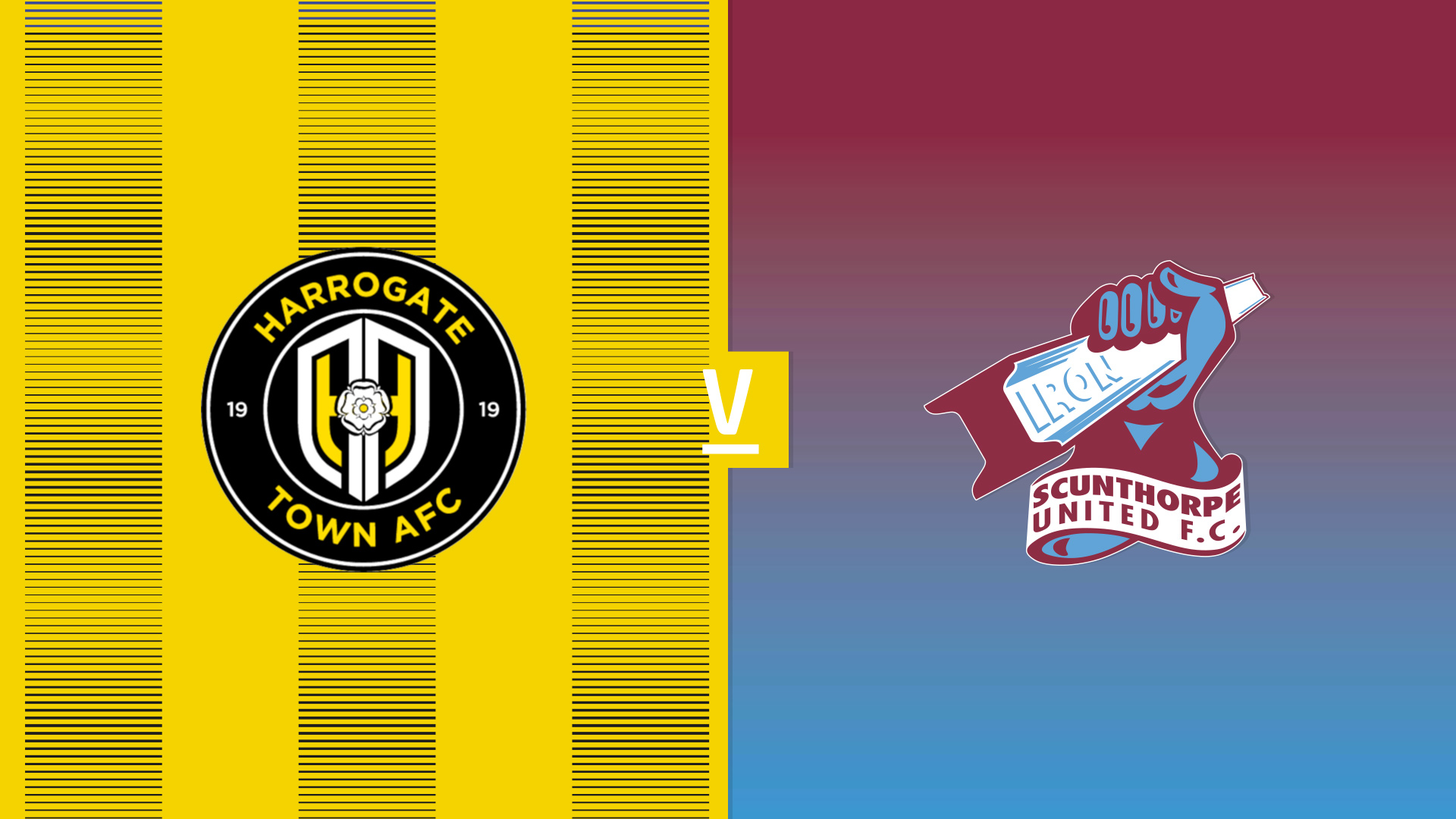 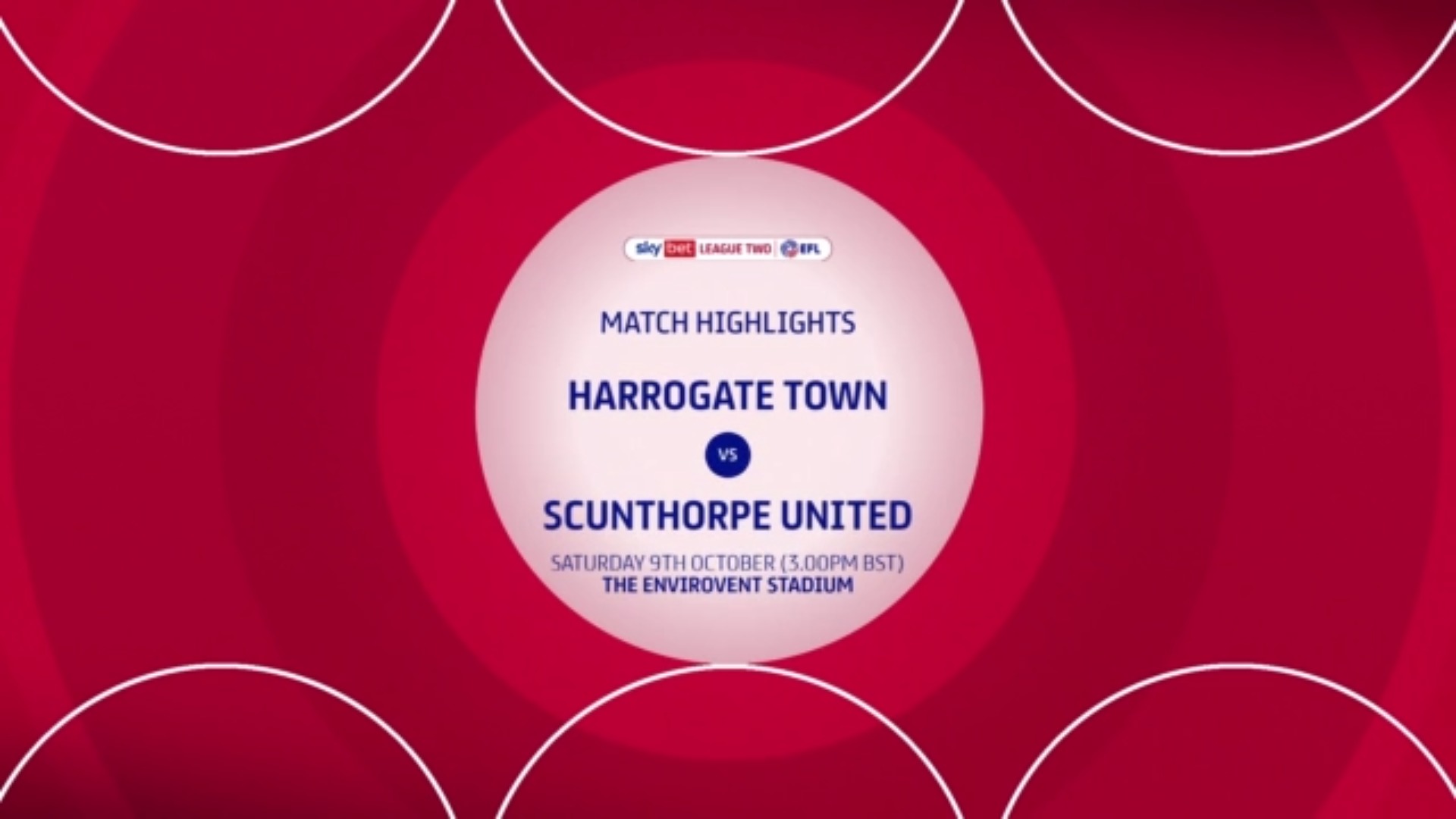 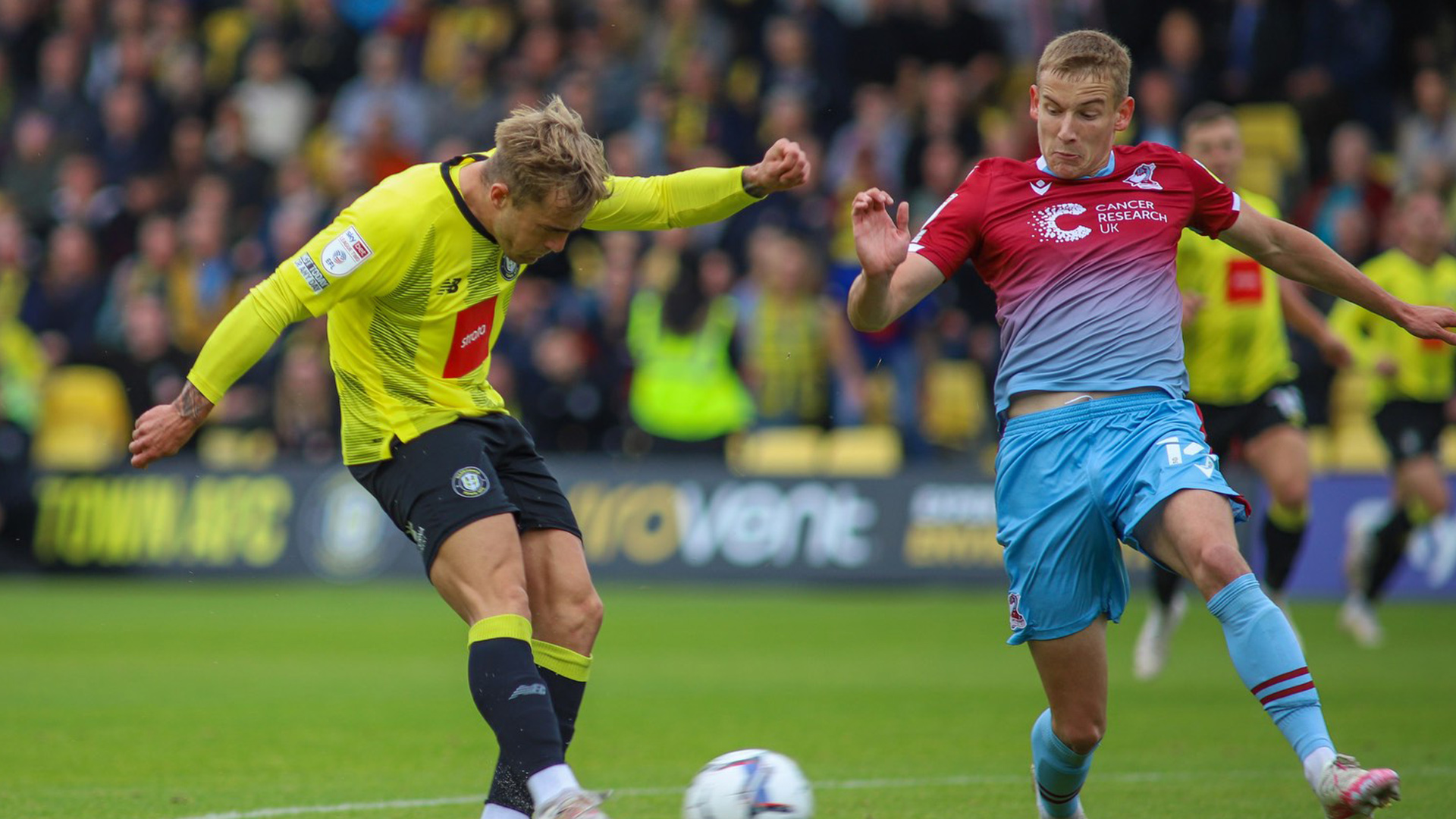