First team manager Neil Cox is looking forward to having a crowd at the Sands Venue Stadium for the first time under his tenure, as his team host Burton Albion in the first of three home pre-season friendlies. 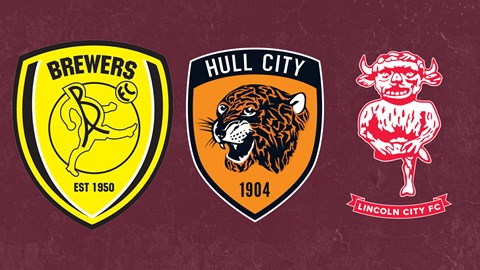 It’ll be exactly 500 days since spectators were last inside the ground, with the Iron going the entirety of the 2020-21 campaign behind-closed-doors at home, with only one match - away at Southend United - played in front of fans.

Speaking ahead of the game, he told iFollow Iron: “We’re looking forward to playing at home and getting everyone back in the stadium and back to a little bit of normality.

“Hopefully, they can see what we’re starting to do. The plan is to go for 65 minutes with the starting boys and then the rest will come on.

“We want to get their minutes up. Obviously, we missed the game on Saturday (against Farsley Celtic), so we need to step it up a little bit more and go from there. The next two or three games are all about getting minutes in everyone’s legs. On Saturday (against Hull City), we will change it again and other players will play a little bit longer.”

With last weekend’s game at the Citadel being cancelled as a precautionary measure, the United boss touched on the amended plan, with the squad still reporting for an intense training session on Saturday morning, rather than facing the Celt Army.

“We’ve had to adapt,” he continued.

“We were getting some trialists in this week, but we managed to get them in a little bit earlier, which was good for us. It’s a shame with what happened, but these are the times we are living in and we can’t worry about that now. We have to get on with it.”

“There will be trialists on Tuesday. We’ve got four trialists in and a couple of them will start the game as they’ve been with us a little bit longer, so we know their bodies and how they can adapt to the way we want to play. The others walked into the building on Monday morning and trained with us. It’s good that they’re in the building, they’ve trained and know what to expect, so they will play a little bit against Burton and more of a part on Saturday.

“We’ve got two central midfielders in, a wide player in and a centre forward. We’re taking our time and we’re getting the right players in. The fans will see a little bit more against Burton with what we’re looking to bring in with the trialists we have.”

United face Sky Bet League One opposition in the Brewers, with manager Jimmy Floyd Hasselbaink freshening his squad up with 10 new faces so far.

With the next four games coming up all against teams in higher divisions, Cox believes his side will benefit from the challenges that they’ll face in the coming weeks: “I thought they were excellent after Jimmy took over. He got them really organised and playing some really good football.

“It’ll be a good test for us, and that’s exactly what we need. We’ve got some good tests coming up. We will have to be right at it.”

First year professional Dan Gallimore will be absent from the encounter as he manages a sore hamstring, but the Iron manager praised two of the youngsters making the step up from the academy this season.

“Gally has got a bit of a sore hamstring, but he’s fine,” he stated.

“He’s done really well and played in the first game, but he felt his hamstring, so we’ve taken the load off him. He was on the training ground on Monday, which is excellent news.

“I’ve been really impressed with the two first year pros that have come through. Cam Wilson has been excellent and will play a part tomorrow, and Gally has done really, really well. They’ve both really stood up and taken their chance.”

With trialists in the building, the Scunthorpe manager ended by giving a transfer update: “We’re looking to bring in another five players, if possible, maybe more.

“We have got interest in a couple of loan moves, but the bigger clubs aren’t letting their players out at the moment. They want to keep them for a little bit longer, which we understand.

“Hopefully we can get a couple of loans in soon, but we will have to wait for their parent clubs for that.”