Defender George Taft is looking forward to getting back to playing a consistent run of games following his loan move from Bolton Wanderers until the end of the season. 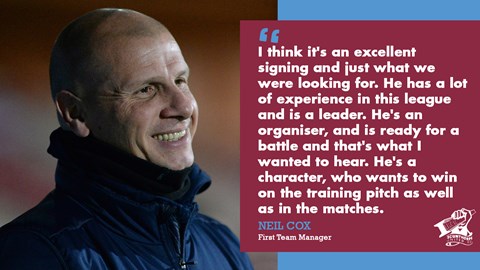 Cox: He's just what we were looking for

The 27-year-old arrives with a lot of experience at this level, including a promotion with Burton Albion.

Speaking after arriving at the club, he told iFollow Iron: “I’m so excited, I can’t wait to get going and I’m pleased to be here.

“I didn’t need much time to think about it. It came about a couple of days ago. Scunthorpe is a great club, so we got it done quickly. It’s about me getting out, getting some games and helping the team.”

Taft joined Bolton Wanderers in the summer following a couple of good seasons with Cambridge United, in which he made over 100 appearances for the side, which resulted in him attracting the interest of a number of other clubs.

The Trotters added a number of players to their squad ahead of the new campaign following their relegation to the fourth tier, with the Leicester-born defender one of those who has found opportunities hard to come by so far.

“It’s been a frustrating (season so far),” he explained.

“I haven’t had the game time that I would have liked and obviously Covid-19 has taken it’s toll on everyone. I just want to hit the ground running. I had a really good season last season and played some of my best football. I haven’t really had the game time this year to replicate that, so I’m hoping that I can get games here and show people what I can do.

“I didn’t need much time to think about it. It came about a couple of days ago. Scunthorpe is a great club, so we got it done quick.

“My training regime has been normal, so I’ve kept my fitness up. It’s just the game time that gives you that little top up and that extra boost. Getting that should come quick.” 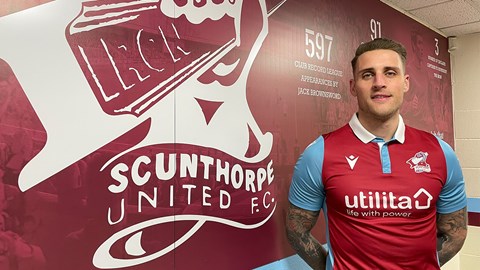 George Taft joins on loan until end of the season

His target while with the Iron is a clear one and, as a defender, he prides himself on being part of a unit keeping the ball out of the back of the net.

Standing at 6ft 3in, Taft is a commanding presence and will add to the Iron’s backline in terms of experience.

“My job is to defend, so defending will come first,” he stated.

“Obviously, I would like to chip in with goals, but that’s not my main focus. I will try my hardest to get some goals, but I’ve got to defend. Clean sheets mean more to me than goals.

“I’ve got a lot of experience, especially at this level. I think I’m commanding and organised. Once I’m in, I’ll help out the lads and I’m sure they’ll help me out.

“It’s a hard league and anyone can beat anyone. On our day, we can get the win. Clean sheets are my main target and I think if you get clean sheets the wins will come. If we start from there, we’ll build on that.”

Asked whether he would be in a position to go straight into the side to face Bradford City at the Sands Venue Stadium this weekend, he added: “Definitely, if needed, I’ll give my all. I’ll give 100 per cent.

“Every game is a big game and now we enter the second half of the season, it’s crucial to get those points on the board.”