First team manager Neil Cox was left disappointed after his side lost 2-0 away from home to Carlisle United on Tuesday night. 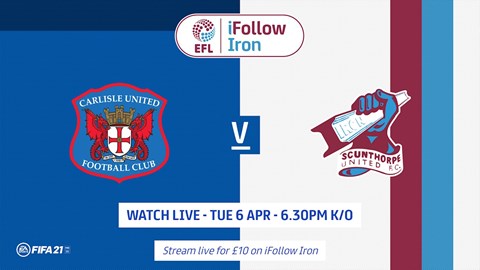 This defeat to the play-off chasing Cumbrians ended the Iron’s five-game unbeaten streak.

Speaking to iFollow Iron, Cox said: “I’m disappointed but it was going to be difficult. We set our stall out and went with three in midfield to match them up, as we had a defensive issue with Manny (Onariase) not playing, though Jordan (Clarke) came back in.

“They have a record of scoring early goals, and I thought if we stayed in the game in the first 20 minutes, we’d be fine and we’d see the first half out which we did. We thought we had a penalty decision (on Ryan Loft) but it didn’t go for us, which we’ve seen given, and then Mason (O’Malley) had a good chance and then I’m not sure Rory (Watson) had much to do. There were a couple of scrambles, but he wasn't really tested (in the first half)."

Discussing the second-half performance he said: “We knew we had to defend well and be better with the ball, they would come out first 20 minutes all guns blazing and, with a downwind, the keeper could kick it a long way, they could get set-plays and put it in our box. I said if we can defend for 20-25 minutes, we’d get loads of the ball and counter-attack.

“We just couldn’t hang on - they were bigger and stronger than us. They put seven in the box and we just lacked height in there tonight and we were beaten twice in a row by two set plays. Coming away from home to a team who are pushing to get to the play-offs, I thought we nullified them quite well but we just didn't have that killer pass at the end.

“We passed it well for the last 20 minutes and got into some good areas but we were 2-0 down then and it's easier to play when you are 2-0 down.”

Reacting to the current injuries his squad has, he said: “Devarn (Green, who came off early) has a thigh strain, so we'll have to take a look at him. We’ve got Manny out with a hamstring issue and Jordan Clarke’s got a bad ankle now after a whack in the first-half but he managed to stay on - there’s another problem. It’s trying to get people fit to play the remaining games.”

Commenting on why goalkeeper Mark Howard missed out, the manager said: “Mark Howard pulled a thigh in the Crawley game on Friday, in the last 10/15 minutes, but he managed to carry on. He had a scan today so there’s another one. We’ve had a lot of games, as has everyone, and we’re just feeling the pinch at the moment."

He added: “Manny was unable to train this week. We’ll try to get a scan for him and see how long he’s going to be. It’s a worry now because like today we had no Manny, no (George) Taft, no Harrison (McGahey). My three big centre-halves who can head it when it comes into the box and be dominant. That’s what we lost the game by tonight, by set-plays and the ball in the box.

“Harrison won’t be fit for the weekend and Tafty (who is recovering from an ankle injury) has been training for a week but you’d be gambling to play him. We’ll have to look at what we’ve got. I thought JB (Jacob Bedeau) was excellent again tonight, and he’s starting to shine a little bit. He stuck in there, though he did kick it away every now and then, he’s learning and growing. He will make a good player."

With an update on Kevin van Veen, who has missed the last three games and recently had an injection in his knee, Cox said: “Kev’s not fit yet, he missed a couple of days training because of his injection and we didn’t rush him back. I trained him this morning before we left and we'll see how he is for Thursday to see if we can get him training Thursday and Friday. Hopefully, he’ll be in and around the squad on Saturday.” 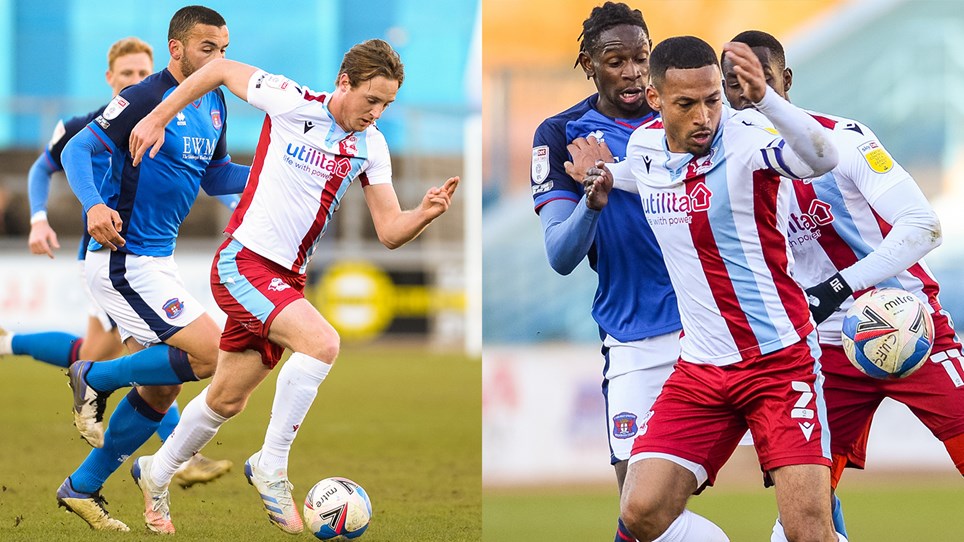 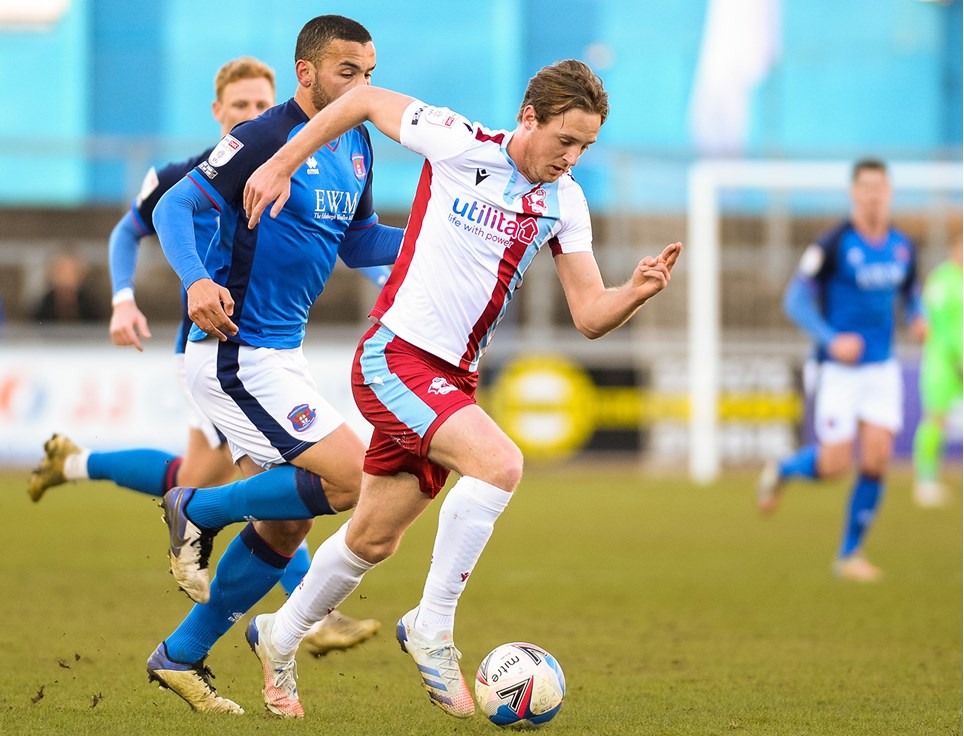 
Extended action from the Iron's away game at Carlisle United.

Watson reflects on return to the team


Goalkeeper Rory Watson was left feeling disappointed following the away league encounter against Carlisle United, a game in which he made his return to the starting line-up.