23 years ago, Jamie Morgan won tickets to see his first ever football match and he’s been hooked ever since. Holly Hunt spoke to the Scunthorpe supporter about the highlights and lowlights of supporting the Iron. 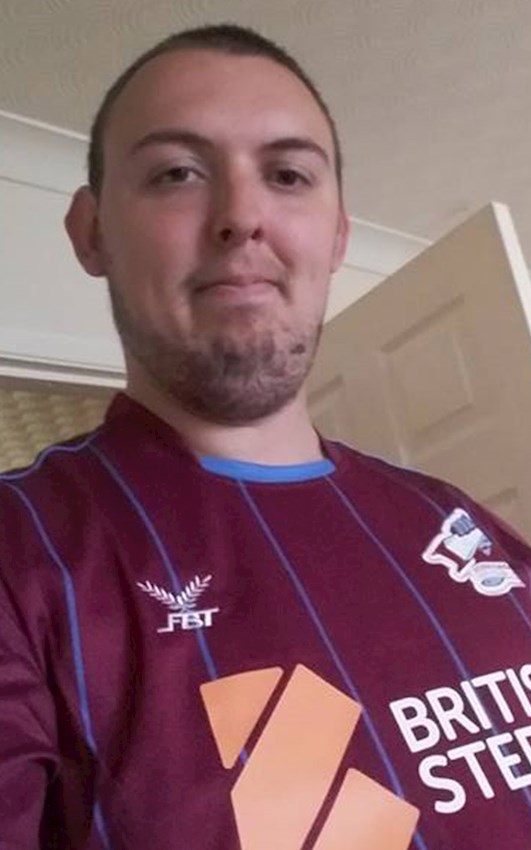 Why are you an Iron fan?
JM: My family all supported Scunthorpe when they were younger. Basically, that’s where I got my grassroots from.

What was your first Iron game?
JM: In the 1996/97 season against Swansea, I won tickets in a competition advertised in the Scunthorpe Telegraph. My step-dad put an entry in for me and I was the lucky winner.

What’s been your favourite Iron game?
JM: I’d say the 3-2 victory against Millwall at Wembley (above). Closely followed by the 2-1 victory against Newcastle United in the Championship, which was a special night as well.

What’s your matchday routine before kick-off?
JM: I like to watch the early-kick off and have a couple of drinks with my mates in the Iron Bar.

What’s your favourite place to eat before a game?
JM: I quite often visit Hellenic Café in the town centre for breakfast.

Which stand do you go in?
JM: I go in the terrace; the Britcon Stand.

Where's the furthest you've travelled to watch the Iron play?
JM: That would be Plymouth. There are quite a few down that way; Exeter, Portsmouth, Southampton, Bournemouth, Torquay.

What’s been your favourite away ground and why?
JM: I’ve visited over 80 grounds but I’ve got to say from my time as an Iron fan, St. James’ Park at Newcastle. I quite like that one (below). 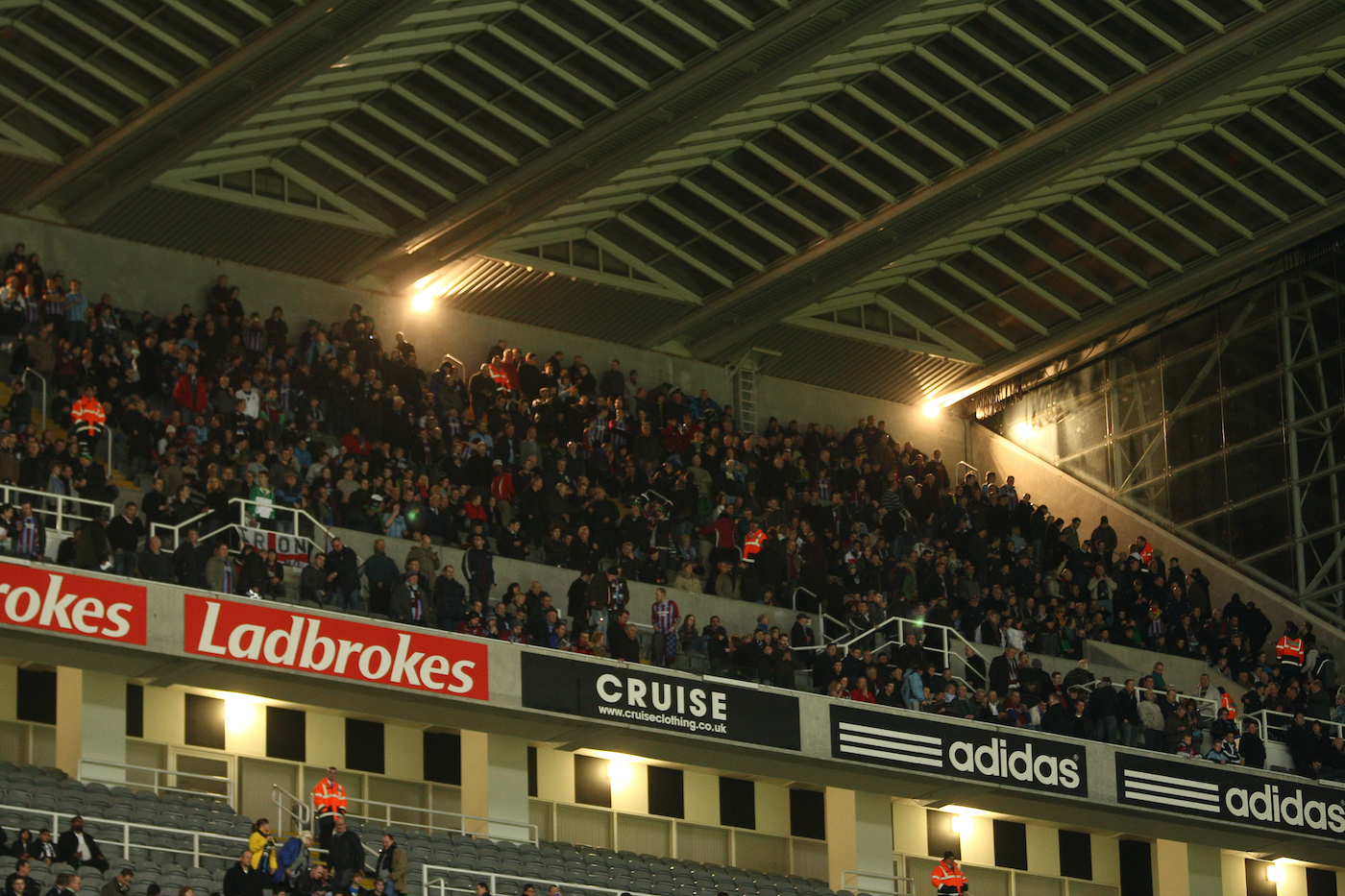 What’s your favourite piece of Iron memorabilia?
JM: Mainly it’s shirts; I’ve got quite a big collection of those. I’ve got a massive collection of matchday programmes and tickets too.

Do you collect Iron programmes?
JM: I do. I’ve got a big suitcase full of them and a stack going on, on the TV stand!

What’s been your favourite ever Iron kit?
JM: I’ve got to say the green one with the Unity badge that they did for the Irish Iron a few years ago.

Whose name and numbers have you had on the back of your shirt?
JM: I don’t often do that. The one season I did, I had Matty Sparrow (below) on the back of my shirt when we got promoted from League Two in 2013/14. 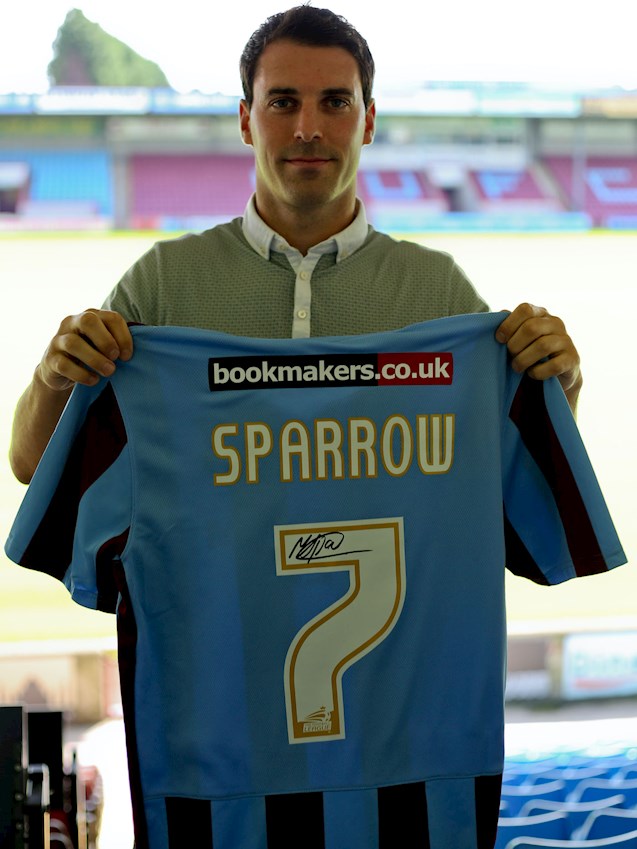 Do you have a favourite ever Iron player?
JM: Billy Sharp. That was an unforgettable season when he helped get us up to the Championship in 2006/07. We had Andy Keogh too and Jermaine Beckford came in to replace him.

Have you ever met any Iron players?
JM: I did meet a few of the older players when I was on work experience as a young lad. I had a quick word with Brian Laws, the manager at the time.

If you could erase one moment from the Iron’s history, what would it be?
JM: The season we went down from League One in 2012/13. Also, the year we nearly went out of the Football League in 2003/04.

If you could relive any Iron game in history, what would it be?
JM: It’s got to be the Millwall play-off final win.

If you could watch the Iron play any club in the world, who would it be and why?
JM: Barcelona, because I went to the Camp Nou as a teenager as a holiday. I had a stadium tour and it’s very impressive. I’d just love to see Scunthorpe play Barcelona if it ever happens!

My first home game was… Swansea City in 1996/97. I won the Telegraph competition when I was a kid.

My first away game was… Barnsley in the FA Cup when we drew 0-0.

My first Iron shirt was… My mum bought me a shirt the season after I first started going.

I attended my first Iron game with… My step-dad at the time.