We found out more about Iron supporter Matthew Jones' time supporting the club.

Why are you an Iron fan?
MJ: My grandad supported Scunthorpe, then my dad and my dad brought me up to support the club. I’ve supported the Iron ever since I was born, but I live in Doncaster. 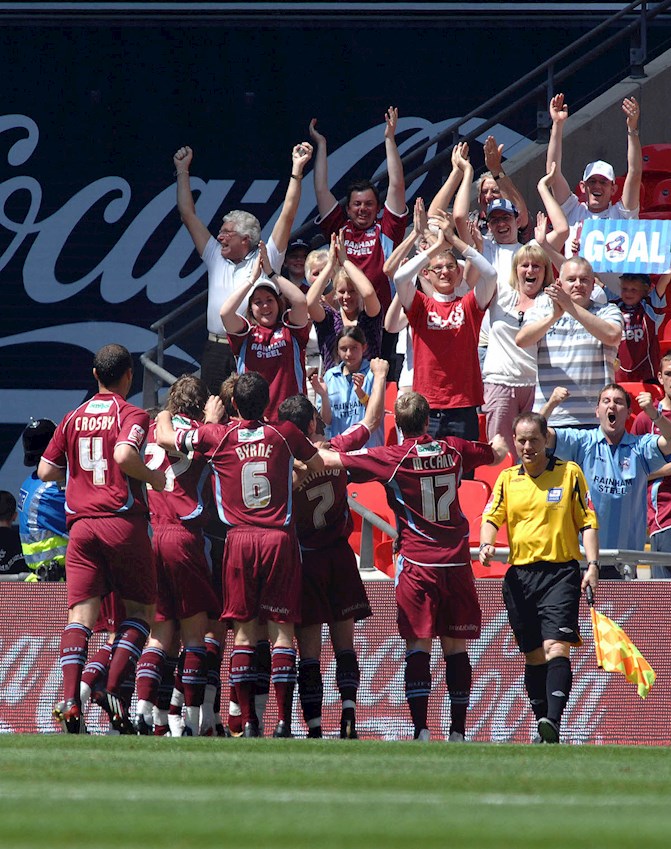 Favourite Iron game?
MJ: Millwall at Wembley (above), when we won the League One play-off final 3-2 in 2009. Matty Sparrow got two and Martyn Woolford scored late on.

Matchday routine before kick-off?
MJ: A Pukka Pie and a bottle of Fanta!

Which stand do you sit in?
MJ: The Doncaster Road End; now the Britcon Stand. I always have done.

Favourite away ground and why?
MJ: It was Bury, because it was a good day out. Now, it would be Doncaster because it’s around the corner from me.

Favourite piece of Iron memorabilia?
MJ: I have Ivan Toney’s match-worn shirt from Rotherham in the second leg of the play-offs in 2017/18.

What’s been your favourite ever Iron kit?
MJ: The home kit that we had between 2001 and 2003; it was a white one with claret and blue down the sides. It’s the first one I ever really remember. I wanted it to come back and be an away kit at some point. 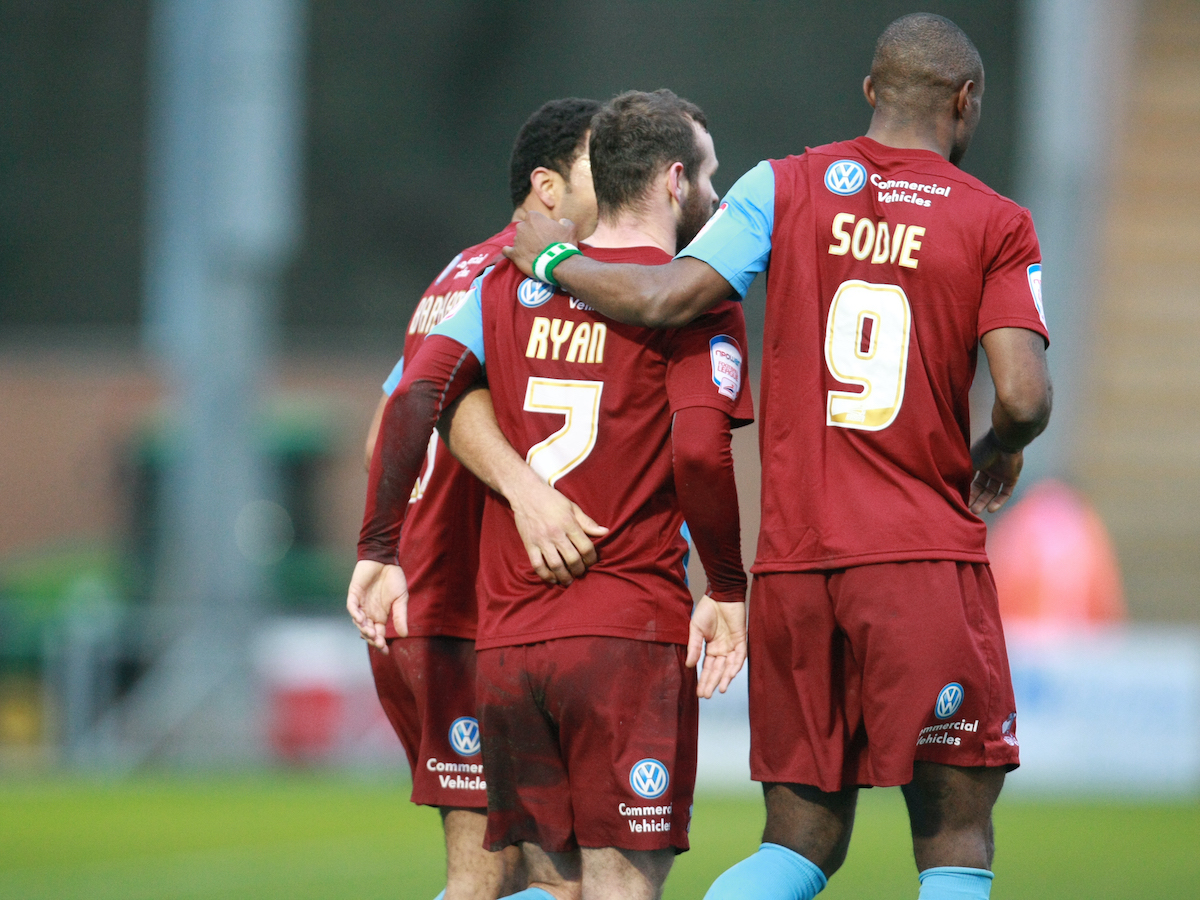 Whose name and numbers have you had on the back of your shirt?
MJ: As a kid I used to do. Jimmy Ryan (above) was my favourite one and I got him to sign it at the end, back when he played for us. When I get a shirt now, it tends to be for Christmas from my mum.

Do you have a favourite ever Iron player?
MJ: There’s been a few but I’d say Andy Crosby. Something a bit different instead of saying goalscorers.

Have you ever met any Iron players?
MJ: I’ve met loads; they all go to Nando’s near where I live so I see them all!

If you could erase one moment from the Iron’s history, what would it be?
MJ: I’d have to say 2018-19 because of the relegation.

If you could relive any Iron game in history, what would it be?
MJ: Millwall at Wembley, my favourite game, for sure.

If you could watch the Iron play any club in the world, who would it be and why?
MJ: Real Madrid because I’d like to visit the Bernabeu!

My first home game was… The Lincoln game is the first I can remember but I went before that, I just have no recollection!

My first away game was… Doncaster when they were at Belle Vue, and Millmoor against Rotherham in the year we got promoted and lost 2-0 in the second game of the season.

I attended my first Iron game with… My dad.