First team manager Neil Cox has provided reaction to the signing of Myles Hippolyte from Yeovil Town on a two-year deal. 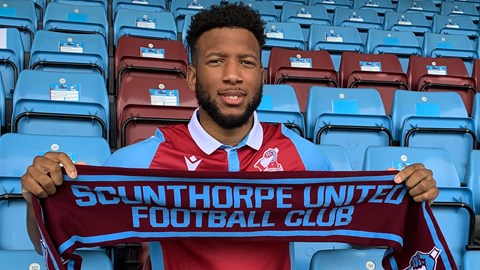 He's a player Cox saw a lot of last season while he was assistant manager at Notts County, and he's looking forward to getting the best out of the attacker at the Sands Venue Stadium.

Cox said: "We played against him three times last year when I was at Notts County. He does a really good job down the flanks, scores goals and creates chances. He's strong and has pace, while he can play in a number of positions, which is what I like. He's got good experience too and has played a lot of games at just 25.

"When I first spoke to him he was desperate to prove himself, which is what I want to hear really.

"He won't be available to play at Watford this weekend because Yeovil have only just returned to training as they were in the play-offs. He will come into the camp next week, train with us and we'll try and get him up to speed as quick as we can.

"I've told him the ideal position I want him to play in but he just wants the shirt. He's a really good player and I'm looking forward to having him in the camp."