“Exeter City can confirm that Jonathan Forte is no longer part of the first team squad following his decision to retire from playing due to injury,” read a Grecians club statement released in August.

The Devon club proved to be the last team of Forte’s 16-year professional career, which all kicked off when he made his debut as a 17-year-old at Sheffield United.

He explained: “It’s been very frustrating but I’ve had a long career so it’s not the worst thing in the world (to retire now). Now I’m 33, I’d have probably only wanted to ideally play for another two years.

“Reflecting on my career, I’ve had a few promotions here and there and won a few cups. It’s been a positive one for me. It’s been a good career and I’m happy with how it went.

“I kept plenty of shirts, individual and joint awards, plus programmes. It’s all in my parents’ house but one day I’ll probably dig them out and have a look at them.

“I’ve looked at pictures and videos, and look back and think ‘you’ve done alright, so be proud of yourself and move on with your life’. You reminisce and think back. It was a long career and I’m happy with what I did.”

Talking about what stood out the most, he continued: “Making my debut for Sheffield United at 17 is up there with one of the best memories, as is playing for England alongside the likes of Aaron Lennon and Wayne Rooney, and Barbados.

“Getting to the Premier League with Southampton was thoroughly enjoyable, and playing with a number of players who have gone on to be internationals and do wonderful things.

“I also enjoyed my time at Doncaster, when we won the Johnstone’s Paint Trophy final. I could name quite a lot, but there are a few things that stick in my head.”

A lightning quick forward, Forte made an impression during his three-and-a-half stay with ourselves, where he also made the most appearances of his career.

He scored nine goals in 43 league starts, and contributed to some important victories during his time in claret and blue before departing for Sotuhampton in January 2011.

He added: “There were ups and downs. Sometimes I weren’t playing but it’s mostly good memories because we got promoted through the League One play-off final, and I thoroughly enjoyed it. The play-off final is one of my favourite memories from the whole career.

“I loved my time at Scunthorpe and met some really good friends. Some of the players have gone on to do really good things, for instance Gary Hooper has done brilliantly for himself. There’s also my good friend Martyn Woolford. I keep in contact with them still.”

Jonathan picks a fantasy six-a-side team comprised of players he performed alongside for the Iron.

JOE MURPHY
He was a great goalkeeper, and a good character as well. He was very vocal and great around the lads. Also a bit crazy!

ANDY BUTLER
Big slab head! He’s back there now and is a legend at the club. He’s a great defender, and a good guy as well.

MATT SPARROW
One of the jokers in the group. We still keep in touch now and he scored a few vital goals for us. You can’t fault the lad, he could run all day.

MARTYN WOOLFORD
Back in the day, he had the worst barnet I’ve ever seen! He was a funny lad and scored some vital goals as well. He was a good player and decent on the ball.

PAUL HAYES
He had a great combination with Gary Hooper and they scored so many goals between them.

GARY HOOPER
Like Paul, he went on to do better things, and became a Celtic legend. He went on to play for Sheffield Wednesday and has done unbelievable in his career. 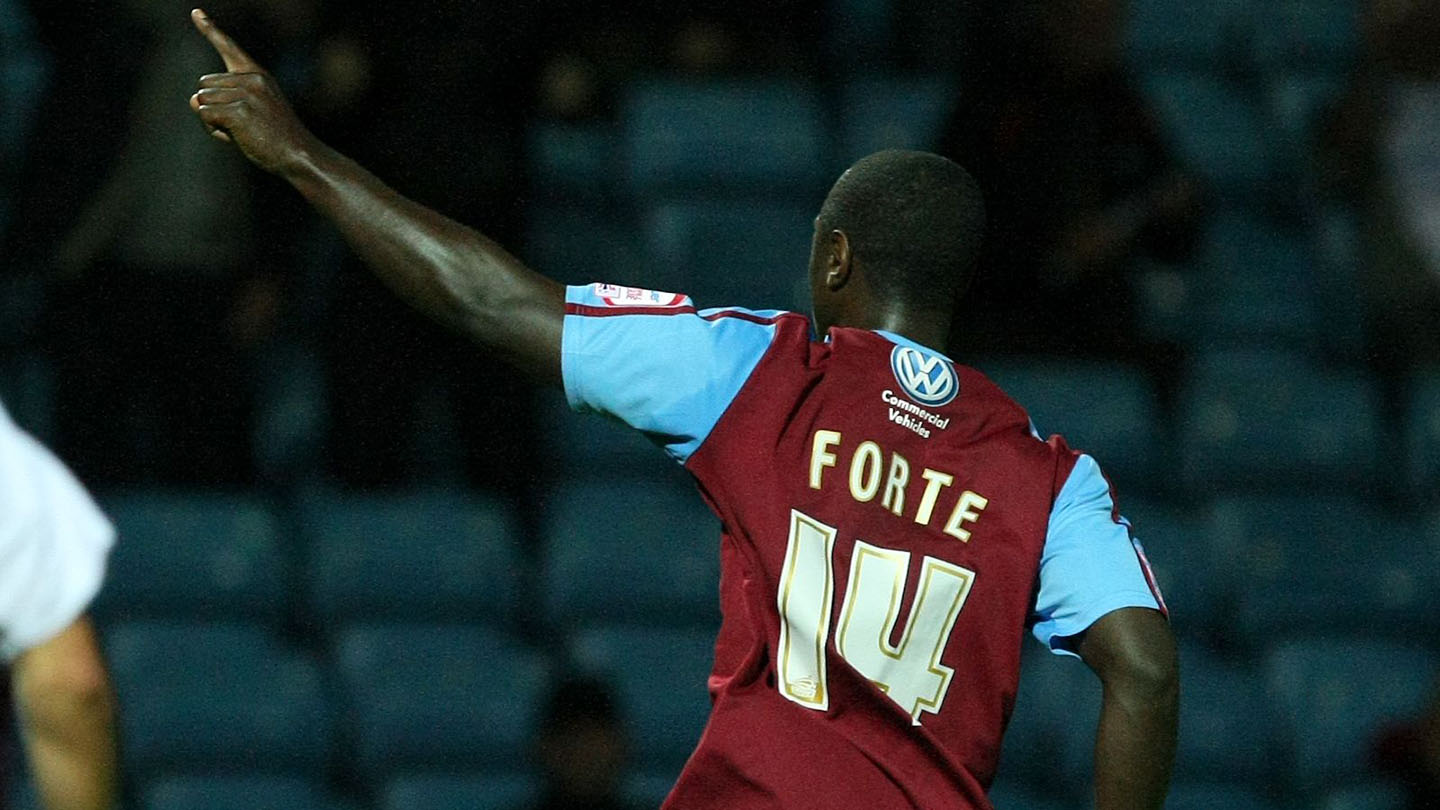 Jonathan Forte reflects on some of the best moments of his career.

What was your favourite goal in your career?
JF:  I’ve got a few. There was my first and only goal for Sheffield United, against Leicester, and it was Kevin Pressman in goal! I saw him the other day when I went to one of the Scunthorpe games. Scoring in the Johnstone’s Paint Trophy final for Doncaster after 45 seconds was good. When I was at Southampton, we played MK Dons and were 2-0 down. I came on and scored two goals in the space of five minutes, and then we went on to win 3-2. At Notts County, I scored a hat-trick away at Charlton and that was a good moment. Scoring against Coventry in the play-off semi-finals also stuck in my head.

What are your favourite goals for Scunthorpe?
JF: There was a goal at Manchester City in the League Cup, but I think the moment I scored in the Championship versus Crystal Palace away, against my old manager Neil Warnock, stands out the most. He brought me through at Sheffield United.

What have been the lowest parts of your career?
JF: Like any footballer, that’s relegation.

What have been the highlights of your career?
JF: The Southampton and Scunthorpe promotions really stand out, as does making my debut at Sheffield United.

How surprised were you to get the nod for your debut at 17?
JF: I didn’t know it was coming. I’d had a cartilage injury and was out for two months. I tried to rush back for a Youth Cup game, came back and then within a couple of weeks I was training with the first team. That was a big surprise and I wasn’t 100 per cent fit and fully ready. A week later, I got put in the squad for the FA Cup against Nottingham Forest. Neil Warnock brought me on and at the time I was a winger, but he decided he was going to play me up front and I was facing a legend in Des Walker. At the time, he’d lost his legs a little bit though so I was quite happy!

How good has it been to play at some of the biggest stadiums?
JF: I played at Wembley and the Millennium Stadium, and it was an amazing feeling. I’m absolutely grateful to have had the chance. I’ve played at the Etihad Stadium and LA Galaxy’s too and these are the kind of things people can only dream of. To play football professionally was amazing and I’m grateful.