Abo Eisa was delighted to bag a brace in a 3-1 victory over Blackpool in the Leasing.com Trophy second round. 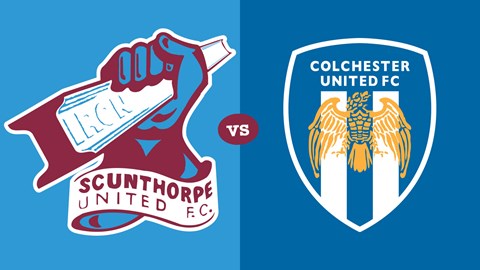 The Iron progressed into the final 16 and the winger believes the side can go far.

He told iFollow Iron: “It was another good performance. It was good to get the victory. You never know what might happen in this competition.

“Lincoln won it when they were in League Two a couple of years ago so it’s possible!”

Eisa was at the double for United and hopes to add more goals to his game this season.

“I doubled my tally for the season today,” he said. “I believe I’m a goalscoring winger. I’m going to keep getting the goals and I feel like I’m getting better each game.

“You always want more from yourself. Today showed glimpses of what I can do and hopefully I can get that consistency.”

He praised teammates Lee Novak and Alex Gilliead, who provided the assists on Wednesday evening.

He continued: “I went and said thank you to him [Gilliead] because he put it on a plate! As soon that ball went in, the weight of the pass was good. Even with Novak’s assist as well.

“The manager likes wing play and it’s good to create partnerships all over the field. Lee Novak and Kevin van Veen have a good partnership, and Matthew Lund and Perch too.”

The 23-year-old now has three goals in the cup competition, netting against Sunderland in the group stages, and he hasn’t looked back since.

He stated: “You have to be ready for the opportunity. There are times when you’re out of the squad. It’s a good thing I was ready against Sunderland because if not, none of this would have happened.”

Out of action this FA Cup weekend, Eisa insisted the squad won’t be resting on their laurels, with Forest Green Rovers next up for the Iron.

He said: “It would be good if we kept on playing because we are on a good run of form. There’s benefits to it and we can recharge. Just about the same team has been playing for four games straight.

“We’ll have a break but we’ll be doing something to keep us sharp.”