Scunthorpe United will be looking to progress to the third round of the Leasing.com Trophy when they make the trip to take on Blackpool at Bloomfield Road on Wednesday night.

Pay on the turnstile details for Blackpool away Leasing.com Trophy clash

United come into the game after progressing through Group A, in which they won 2-1 at Grimsby Town through a Kevin van Veen brace. drew 1-1 against Leicester City U21s with Ryan Colclough scoring before losing on penalties, and then defeating Sunderland 3-0 through a Lee Novak brace and Abo Eisa goal. United eventually finished second in the group behind Leicester.

League One side Blackpool, now under the management of Simon Grayson, defeated Morecambe 5-1 through goals from Ben Heneghan, Michael Nottingham, Ryan Hardie, Sullay Kaikai and Joe Nuttall, lost 2-1 at Carlisle United with Calum Macdonald notching and defeated Wolves U21s 1-0 via a Rocky Bushiri goal. They finished top of Group G.

Manager Paul Hurst will have a similar squad to the one that faced Port Vale at the weekend to call on.

Yann Songo'o (dislocated toe), Jamie Ward (hamstring), Levi Sutton (hand) and Jordan Hallam (hamstring) all continue to miss out, although Hurst expects the majority of his injured group to be back in contention for the next league game at Forest Green a week on Saturday.

Elsewhere, Regan Slater (ankle) remains absent, while George Miller (quad strain) has been back with the group for a week and returned to the substitutes' bench last week.

The two sides last met in League One back on Good Friday this year, with a 0-0 draw played out in North Lincolnshire. The Seasiders defeated us 1-0 there in October last year.

Our most recent win at Bloomfield Road was our first for 17 years, and saw Tom Hopper, Duane Holmes and Hakeeb Adelakun score in a 3-2 victory.

Kevin van Veen and Abo Eisa (two) got the goals as United defeated League One side Blackpool 3-1 away in the Leasing.com Trophy second round on Wednesday night, and made it four wins on the spin in all competitions.

The Iron entered the game naming an unchanged side from the one that defeated Port Vale at the Sands Venue Stadium four days earlier.

The game started with a Blackpool attack as Calum Macdonald floated a cross in but it was headed behind by Rory McArdle. The subsequent set-piece was headed away by Harrison McGahey and the ball was sent back in, hitting James Perch, who had to receive treatment for a minute before continuing. Soon after, there was another stoppage in play as Blackpool’s Ollie Turton had to receive treatment.

United took the lead with the first chance of the match on 12 minutes as van Veen slotted home from inside the area. Matthew Lund stood the ball up for Lee Novak, who won the header and it dropped for the Dutchman to give United the lead.

Minutes later, the hosts sent a free-kick into the area which was beaten away by Jake Eastwood in the away goal.

Shortly after, Alex Gilliead threaded the ball through to Novak but the flag was up against the striker as Mark Howard made the save.

The home side then had a chance as a corner was flighted in from the left flank but headed wide by Rocky Bushiri.

Following a great ball from van Veen to Novak down the left flank, Scunthorpe made it two on 25 minutes. Eisa doubled the Iron’s advantage with a brilliant strike, cutting inside before opening up the angle and unleashing an effort which nestled into the bottom corner.

Shortly after, Ryan Hardie rolled an effort just wide of the upright for the Tangerines, taking aim from the edge of the area.

After great play from Kgosi Ntlhe down the left on 35 minutes, United attacked across the pitch, with Novak playing it Alex Gilliead, and then to Jordan Clarke, whose shot from the right took a deflection off Novak and forced a save from Howard in the home goal.

Scunthorpe continued to control the opening half, and during the eight minutes of stoppage time, came close as van Veen’s free-kick was weighted towards McArdle at the back post. His header eventually reached Ntlhe who almost connected with a bicycle kick, but the ball went out for a goal kick.

Shortly after, following a right-wing Thompson corner, Joe Nuttall sent an effort wide of goal for the hosts.

The visitors started the second-half well as Curtis Tilt had to get a challenge in to deny van Veen a clear run on goal on 48 minutes, before, a minute later, Eisa played it to the Dutchman, who blasted a shot over the crossbar.

Following a triple substitution, Blackpool tested Eastwood in the Iron goal as Sullay Kaikai’s low powerful effort from 25 yards prompted him to parry the ball away, diving low to his right.

The ball was then played through down the right side of the area to Nuttall, and the Iron central defenders had to marshal away for a corner. The set-piece was cleared before Curtis Tilt sent a shot in, which Eastwood had to dive down low to his left to keep out.

After Lund won a free-kick 25 yards out, van Veen stepped up to take it on 69 minutes, and his fizzing strike drew a stop from Howard, retrieving the ball to his left.

The 70th minute saw the hosts pull one back through Joe Nuttall, who halved the deficit from close range after Nathan Delfouneso’s shot had been blocked away.

Eastwood was forced into a smart stop moments later, blocking away an effort from Matty Virtue.

The 75th minute saw Callum Guy sent off for the hosts, shown a second yellow card after a deliberate handball to stop Eisa breaking away down the left flank.

United tried to make their extra man count, and a passing move on 77 minutes ended with van Veen clearing the crossbar with a long range strike.

With 10 minutes left. Clarke played Novak in down the right, who fizzed an effort goalwards that was tipped away by the goalkeeper, but the offside flag was up.

After a dangerous ball into the Iron area, the ball dropped for Bushiri, but Eastwood got down well to make a terrific stop to keep out the Seasiders’ player’s attempt.

Shortly after, as United broke down the left and got a cross in, the ball reached Clarke, who struck an attempt over the crossbar.

Novak was then put through down the left side of the area, springing the offside trap, on 87 minutes but dragged his strike wide of goal.

The victory was sealed on 90 minutes as Gilliead dribbled through the centre of the field and played in Eisa, who rounded the goalkeeper and fired in his second goal of the game to seal a 3-1 success.

Blackpool have confirmed it’s pay on the turnstile ONLY for Iron fans at the Leasing.com Trophy second round clash on Wednesday, November 27th (7.45pm kick-off).

Fans pay on the gate CASH ONLY at Turnstiles 11 and 12.

You can purchase coach travel in person at the Sands Venue Stadium ticket office, by calling 01724 747670 or through visiting www.sufctickets.com. 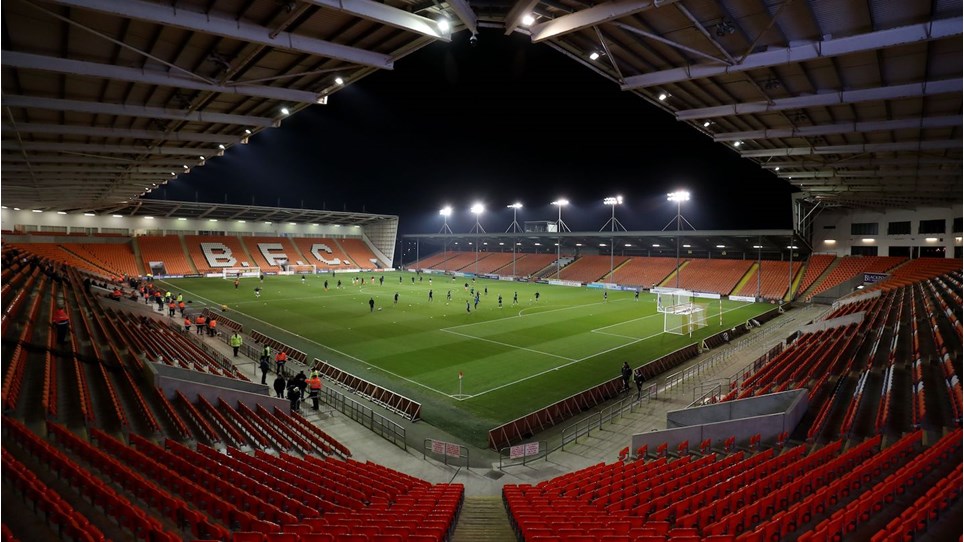 
Coach travel tickets are now on sale for the Iron's away Leasing.com Trophy encounter against Blackpool on Wednesday, November 27th (7.45pm).