Midfielder James Perch is looking to improve on last weekend’s 3-3 draw with Rochdale as the Iron prepare to make the trip down to the capital to face AFC Wimbledon at the Cherry Red Records Stadium.

Speaking to iFollow Iron about the upcoming game on Saturday, the 32-year-old said: “I’ve been told it will be a tough game, I’ve never actually played there before.

“We will be expecting a lot of physicality, very similar to the way Rochdale played last weekend. Hopefully, that will help us learn more about Wimbledon and how to deal with their pressure.”

When reflecting back on the Rochdale game last time out, Perch added: “It was a tough game, a difficult one to take especially when we led twice during the 90 minutes.

“The final result was a bit disappointing after being two goals up at both 2-0 and 3-1 to then go on and draw the match. However, we could have equally lost the game towards the end as well.

“I think we would take the point after it looked like they could have gone on and scored another goal late on in the match.

“Looking back at it now, a draw is good but it’s still disappointing to throw that lead away.

“We just have to concentrate in the last 15 and 20 minutes of the game. I think it was the decision making that let us down a little bit at times.

“We came under the cosh which we knew was going to happen at some point and we didn’t deal with it as well as we could have done.” 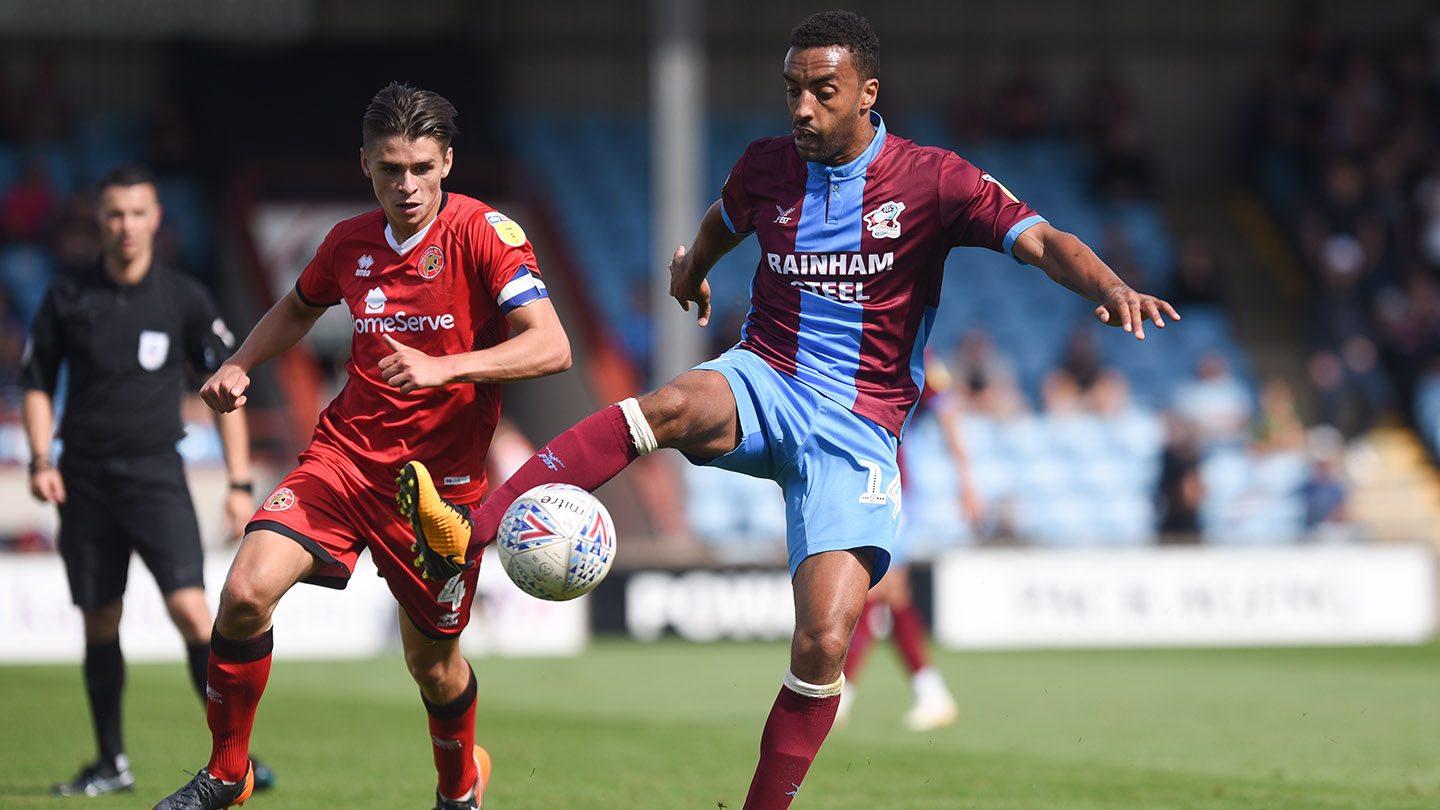 The versatile midfielder, who has also filled in at full-back this season, expects a similar sort of contest when the team travel to Wimbledon.

He went on to say: “They will look to put a lot of crosses into the box and play long passes as well.

“Hopefully, we can learn from what we did last Saturday in the second half especially and take that into this weekend to help us go there and get the result we are looking for.”

When talking about his final thoughts heading into the fixture, Perch said: “We need to put the game last weekend against Rochdale behind us and go to Wimbledon and put on a good performance for everyone to get a positive result.”

See much more from James Perch, Stuart McCall and Ike Ugbo on iFollow Iron. Click here to sign up.