The Iron will be travelling to The Cherry Red Records Stadium this Saturday to take on AFC Wimbledon in Sky Bet League One (kick-off 3pm).

Stuart McCall continued his unbeaten start at the club last weekend with a 3-3 draw at home to Rochdale. His side took 2-0 and 3-1 leads thanks to goals from Lee Novak, Ryan Colclough and Charlie Goode, but the visitors levelled the score with seven minutes remaining.

AFC Wimbledon, who are managed by Neal Ardley, won their last match away at Gillingham. Striker Joe Pigott got the game’s only goal to move his team up to 13th position.

McCall confirmed that both Matthew Lund and Novak picked up knocks last weekend, but the duo have both trained on Thursday and will be in contention to play.

George Thomas has returned to the club following international duty with Wales Under-21s.

However, United will again be without captain Rory McArdle (heel) and right-back Jordan Clarke (hamstring). 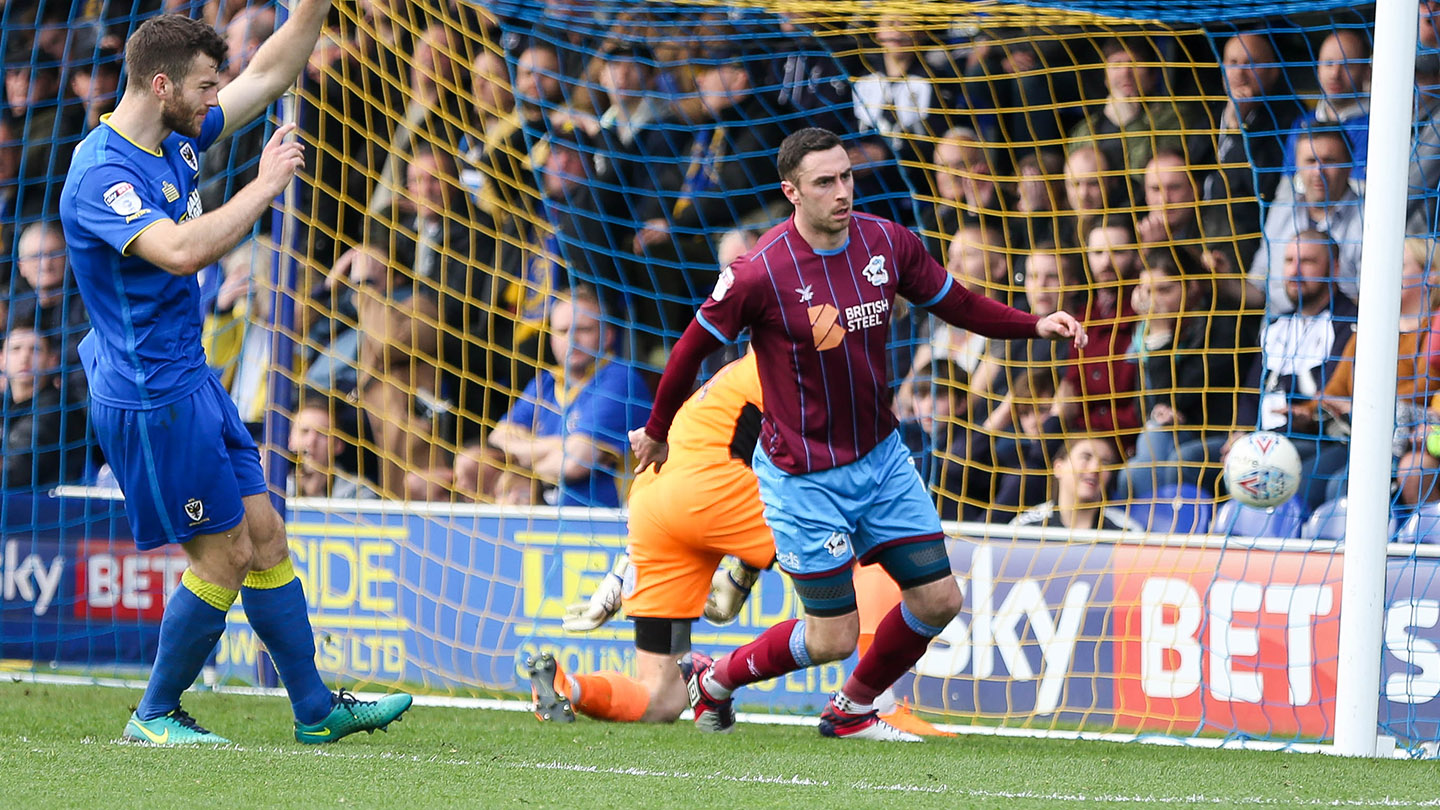 The two sides played out two 1-1 draws last season. In April, Novak scored late on in their last meeting to equalise. In the same season, Conor Townsend struck against Wimbledon on the opening day of the campaign.

Joe Pigott comes into the match as the Wombles’ top scorer this season with five in all competitions.

The 24-year-old scored in their most recent outing against Gillingham, which took his league tally to three.

The forward has nine goals for the club in 26 games, having joined from Maidstone midway through last season. 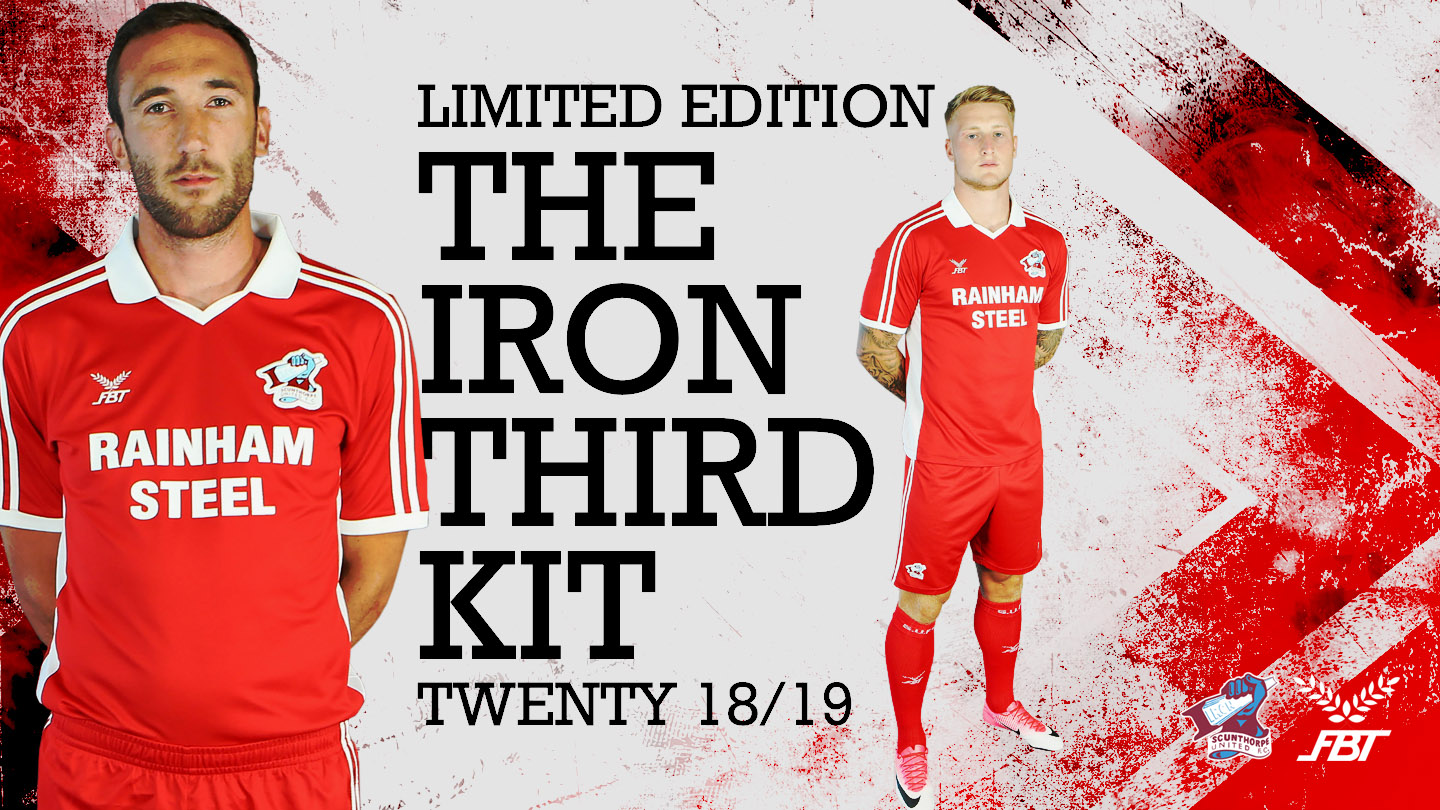 The game will see the Iron wear the new Limited Edition Third kit for the first time. More details can be seen here. Click here to buy now!

Stuart McCall secured his first victory in the league as United manager as the Iron beat AFC Wimbledon 3-2 at The Cherry Red Records Stadium on Saturday.

Josh Morris was at the double in the first half, while Ike Ugbo got off the mark in Scunthorpe colours to score his first goal for the club in the second period.

The Iron boss named an unchanged starting eleven from the side that drew 3-3 with Rochdale last Saturday.

The hosts got the game underway and had the first opportunity of the match shortly after. Andy Barcham was played down the left flank, but his searching cross was deflected behind for a corner. The resulting set piece was worked well but the Iron defence held strong to clear the danger.

United were then able to mount a counter-attack following the clearance as Ryan Colclough picked up the ball on the right before he threaded a superb pass into the path of Josh Morris. The winger looked to be baring down on goal, but a recovering Wimbledon defender did well to come across and block the effort.

Scunthorpe continued to press and resultingly, Ike Ugbo nearly got on the end of a short back pass towards goalkeeper Tom King on the four-minute mark, but the Wimbledon stopper did well to rush out and narrow the angle to smother the striker’s shot.

On the eight minute, the Iron made all their pressure count and deservedly took the lead. A United free-kick was awarded on the right-hand side, which Josh Morris wonderfully struck into the back of the net. He lifted the ball brilliantly over the wall and caught King unaware at his near post to fire Scunthorpe ahead.

The home side looked to hit back instantly when captain Deji Oshilaja tried his luck, but his effort curled away from the target. Wimbledon then had a strong penalty appeal turned down a minute later for alleged handball, but referee Charles Breakspear waved it away.

32 minutes in, and both the Iron and Morris had two. Intricate play between Ugbo and Matthew Lund abled Morris to make the run through the middle before the latter slid the ball through to the winger. Morris then made no mistake with the finish and slotted the ball into the corner of the net to double United’s advantage.

Shortly after, the hosts searched for a way back into the game and forced Jak Alnwick into his first save of the day. The Dons won a free-kick on the left flank before the ball was whipped in and headed towards goal, but Alnwick got down well to save low and palm clear. Rod McDonald then saw his follow-up shot blaze over the bar.

Just before the half-time interval, and the Iron looked to extend their lead further. Colclough ran down the right before he stood the ball up towards the back post where Ugbo was lurking. However, the striker could only head into the hands of the goalkeeper.

As the game restarted for the second half, the home side came out of the blocks quickly and managed to grab a goal after 49 minutes and pull one back. Liam Trotter was the man in the middle to head home, after a cross from the right found him unmarked in the area.

However, the Iron didn’t let the goal dampen their spirits as they continued to attack and were rewarded when Ugbo restored the two-goal advantage after 52 minutes. Colclough did brilliantly to run down the right and turned smartly to beat his man before unleashing a pinpoint cross that found Ugbo in the box who sidefooted the ball into the back of the net.

The match then started to open up as Wimbledon once again searched for another goal. Kwesi Appiah got them back into the game just moments after United scored their third. A cross was floated into the box from the left and the striker headed the ball into the back of the net to make the scoreline 2-3 after 55 minutes.

Wimbledon searched for an equaliser and almost had it in the 69th minute but for a superb Charlie Goode last ditch block to deny them. The defender got back to stop the goal bound effort after Appiah released a venomous shot from inside the box after cutting in from the left.

On the 73rd minute mark, Alnwick further denied the hosts when he spectacularly stopped an own goal from Lee Novak after he miscued his attempted clearance from a corner. Lewis Butroid and Ugbo then combined to block the rebound on the line before the final effort was fired over the crossbar.

As the game entered the final ten minutes, United looked to kill the game off. First Lee Novak’s improvised effort was well caught by King before Funso Ojo then drove forward and unleashed a shot that went just wide of the target.

Wimbledon pressed forward and Scunthorpe hit them on the counter, and a throughball was played towards Stephen Humphrys who took it in his stride. The substitute saw the goalkeeper off his line and went for the chip. However, King was able to recover well to turn the ball behind for a corner.

With five minutes added on, Wimbledon pushed further but couldn’t find the equaliser and the Iron were able to register their first victory in the league since the opening day of the season and the first of the Stuart McCall era.

Scunthorpe are next in action at Glanford Park on Saturday as they face Shrewsbury Town.

Iron fans are able to pay cash on the turnstile for the away clash at AFC Wimbledon on Saturday, with no price increase on the day. 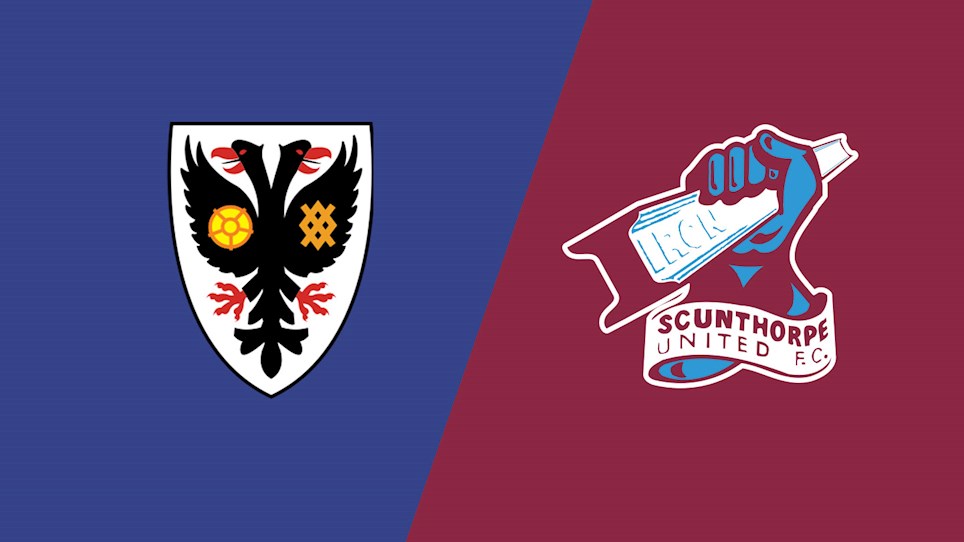 
Tickets have gone on sale for the Iron’s League One encounter away at AFC Wimbledon on Saturday, 15th September.