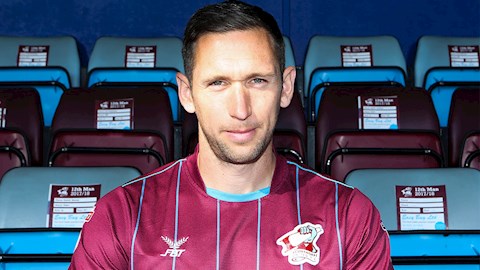 Crofts ambitious about what's ahead

The 33-year-old pens a one-year deal, with the required paperwork being completed just before Thursday’s 11pm transfer deadline and then ratified by the FA and EFL on Friday.

The Wales international, who has represented his country at Under-19, Under-21 and senior level, began his youth career at Chelsea before moving to Gillingham. He spent almost a decade with the Kent-based club before departing for Brighton & Hove Albion in 2009.

After one campaign there, where he was a near ever-present, the Chatham-born central midfielder switched to Norwich City for two seasons before returning to the south coast in 2012.

Crofts would spend four years at the Amex Stadium before joining Charlton Athletic last summer. He made a total of 51 appearances for the Addicks in 2016-17 in all competitions, scoring one goal.

So far in this campaign, he has made three appearances. One of these was as recently as Tuesday in the Checkatrade Trophy, where he played 89 minutes.