Manager Graham Alexander is looking forward to the challenge Oldham Athletic will pose his side on Saturday. 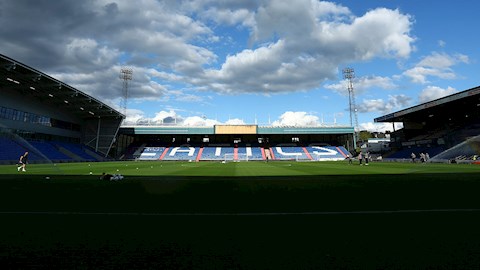 Since Richie Wellens took caretaker charge of the Latics and subsequently became full-time manager, they have gone on a six-match unbeaten run and are in good spirits following a 2-1 victory over local rivals Bury in midweek.

United had a boost of their own last weekend though, coming from behind to defeat Peterborough United 2-1 with two late goals, and the players have been in buoyant mood during training this week.

Alexander spoke to iFollow Iron about team news and the preparations for the trip to SportsDirect.com Park.

ON MORALE AHEAD OF THE GAME…
GA: The players are in good spirits. We had a good result last week and it was a positive way to finish the game. They’ve taken that into training this week, building up to another big game on Saturday. We know that win has been coming over the last two or three games because of our performances. As I said before Saturday’s game, it’s about getting the performances right. I thought, watching it back, we started the second half very well and the goal against us was a bit of a blow and saw us lose our spark. However, for the last 20 minutes, we were exceptional and played really good, incisive football. We let the handbrake off and got our game going again. There will always be disappointments in football but it’s how you react to them. It took us a few minutes to react to that disappointment, but when we did we showed what we could do.

"The players are in good spirits. We had a good result last week and it was a positive way to finish the game. They’ve taken that into training this week, building up to another big game on Saturday."

ON ANDREW CROFTS AND CONOR TOWNSEND’S RECOVERIES…
GA: Andrew Crofts is training back with us now and has been since Tuesday. That’s a positive because we’ve been a little bit low on numbers with Sam Mantom being injured there (in central midfield). It’s too early for Conor (Townsend) yet, so he’s still with the medical department. Conor should be training with us at the start of next week. We have the Checkatrade Trophy game against Doncaster next Tuesday but that will be too soon for him because he has had a lack of training time. Whether he’s up to speed to be involved in the game after that, we’ll just have to wait and see. Apart from that, we’re as we were.

ON SAM MANTOM…
GA: We have a bit of daylight with Sam, as in the diagnosis of It, so we know what the issue is. He’s going to have an injection that will take him out of action for a couple of weeks, but we should have him back available in three-to-four weeks in a better condition than he has been in. Hopefully the issue will be cleared up with this injection and course of treatment, and he can concentrate just on what he has to do on the pitch. He’s been carrying something for a little bit and it’s probably affected his mindset going into games, so this will hopefully give him some clarity. It’s good news we’ve got to the bottom of the problem and now know what we’re dealing with. 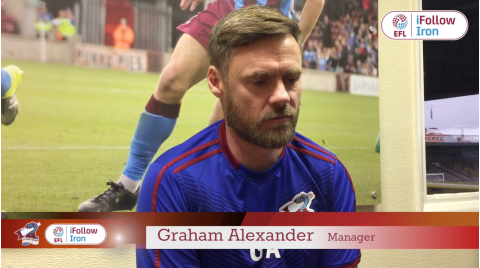 ON THE TEST OLDHAM WILL POSE…
GA: Oldham is always a really difficult place to go. The crowd really get behind them and make it an atmosphere that’s good for the home team, so we need to be aware of that, but they’re a good side with lots of good players. They probably underperformed at the start of the season but Richie Wellens has come in and brought the best out of them. Their last few games has seen top of the table form, so it will be tough on Saturday but the biggest thing for me is we know we’re a good team. Whoever we play in this league, we need to believe in ourselves, because if we aspire to be one of the top teams we have to be able to beat anybody. We’ll go to a number of venues this year where it will be a real tough challenge. The biggest thing for us is realising how good we are. Football is a very hostile environment and as soon as you’re not successful one weekend you get criticism and doubts about you. It’s important you don’t let those break through into your own psyche and it’s important we protect our environment – as in our belief and positive mindset about the place. We have done that, which is good, and it’s important we build that resilience up. We had it all last season and will need it again this year. Things don’t always go your way, there is always someone to beat you, as we saw with the Tottenham v West Ham game on Wednesday night. That’s the beauty of football really. We relish every game we go into, whatever competition, venue or whether it’s home or away. That’s the beauty of being involved with professional sport.