The Iron held on away at Oldham Athletic to win 3-2 and take all three points. 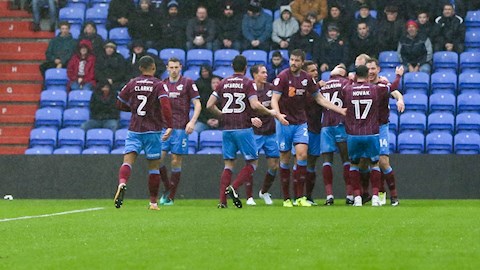 Early strikes from Tom Hopper and Josh Morris gave Scunthorpe the perfect start, who were 2-0 up inside the opening ten minutes of the match at a drenched SportsDirect.com Park.

Defender Peter Clarke headed Oldham back into the game just before half-time to make it 2-1, and then former Iron Craig Davies got an equaliser in the 81st minute for his side.

However, Duane Holmes, coming off the bench, put the Iron back in front moments later to win the game 3-2.

Manager Graham Alexander made three changes to his starting eleven, which saw Cameron Burgess, Hakeeb Adelakun and Tom Hopper all start the game.

The Iron began brightly and could have had an opening goal in the fourth minute. After Adelakun won his side a free-kick with some neat skill by the corner flag, Morris’ delivery was spilled by the goalkeeper Jack Ruddy, but the ball was eventually put over the crossbar from close range.

They did find the back of the net one minute later to take a 1-0 lead, courtesy of Hopper. Jordan Clarke overlapped Adelakun to put a low cross into the area for Lee Novak, whose slight touch was saved by Jake Ruddy, but his strike partner followed up the rebound to tap home.

It wasn’t long until the Iron doubled their advantage in the 10th minute. Novak’s initial touch was poor after Adelakun tried to play him through, however the winger won the ball back instantly and put Morris in on the left, placing the ball into the bottom right corner.

Oldham were looking shaky at the back, as Ruddy’s poor clearance landed at the feet of Adelakun, who tried an attempt from outside of the area, but he dragged his effort wide of the left post.

After Funso Ojo had intercepted a pass, he played it to Hopper who was pulled back, winning a free-kick 30-yards out from goal. Morris stepped up to take, but the winger couldn’t add to his earlier goal, with the ball flying over the bar.

In the 29th minute, Novak expertly played a long ball over the top of the Latics’ defence for Hopper, who tried to control and close in on goal, but he was crowded out and his strike was blocked.

The hosts nearly had their first big chance of the game in the 38th minute. Jack Byrne played a skipping ball through United’s backline, but Eoin Doyle couldn’t control the ball inside the area.

Shortly after, Craig Davies laid it off to Dan Gardner, who tried his luck from range, and his low, drilled effort just went wide of the target.

However, Oldham grabbed a goal into stoppage time of the first-half. Byrne’s inviting corner kick was headed back across goal by Davies and the Latics’ captain Peter Clarke headed low into the bottom corner of the net.

They could have had an equaliser one minute later. Again, Davies tried to assist his teammate, but Doyle couldn’t turn the ball home with it going wide of the left post.

The first opportunity after half-time fell for Ojo, but his long-range strike bounced wide of the right post.

Davies then advanced on goal in the 52nd minute and as he went one-on-one with Matt Gilks, the goalkeeper and Clarke both blocked the ball to send it out for a corner.

Oldham came looking for an equaliser again, but Burgess made an important block to keep out Doyle in the 58th minute. The ball then bounced into the arms of Gilks.

This time it was Clarke of Oldham to make a vital block. Hopper controlled from a long ball, and took it into the box before looking to place his shot into the far corner, however the sliding defender deflected it out for a corner.

From the resulting corner, Burgess was presented with a fantastic opportunity in front of goal from an Adelakun corner, but the defender’s header went wide.

At the other end, Queensy Menig avoided a tackle from Clarke to get to the byline, pulling it back for Doyle, but the forward put his strike over Gilks’ bar.

Menig was looking dangerous again in the 74th minute. He took the ball to the centre of the pitch, but his shot was poor, sailing well wide of the right post.

Oldham got an equaliser in the 81st minute to make it 2-2. The Iron failed to deal with a Latics free-kick and Davies found the back of the net at the back post.

However, it didn’t take the Iron long until they were back in front. Morris delivered a low cross from the left, after Wallace had blocked the ball, and substitute Holmes tucked it away at the back post to make it 3-2.

Davies then could have had his second equaliser, but failed to get a connection on the ball, as Gilks closed down the angle.

The last action of the game nearly resulted in Oldham grabbing a goal. A Latics player flicked it goalwards, but it just bounced inches wide, with the Iron winning a thrilling game 3-2.

Fans can pay on the gate for the Iron's away League One trip to face Oldham Athletic on Saturday, 28th October (3pm kick-off).

Matchday prices are as follows, with tickets now off sale from Glanford Park. 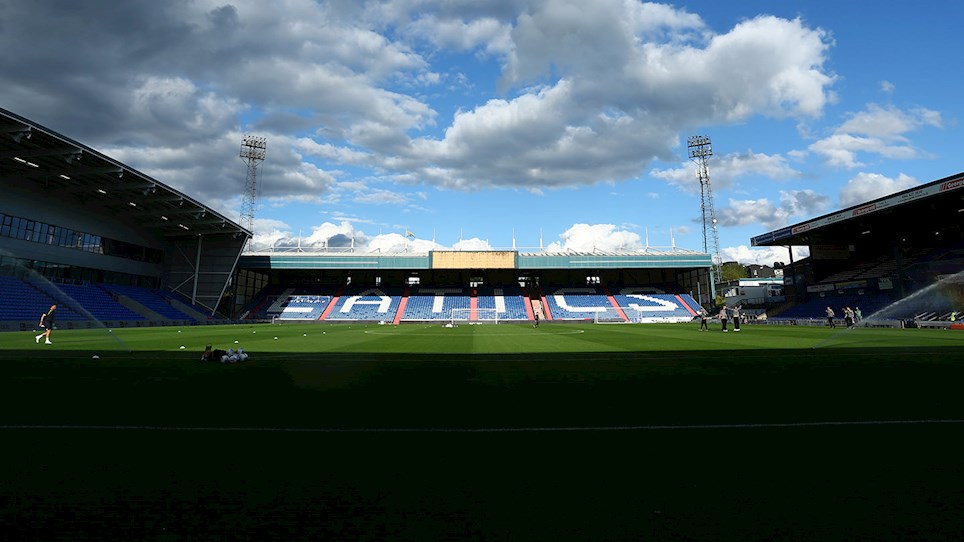 
Tickets are on sale now for the Iron's away League One trip to face Oldham Athletic on Saturday, 28th October (3pm kick-off).