The Iron have signed Manchester United midfielder Devonte Redmond on loan until January. 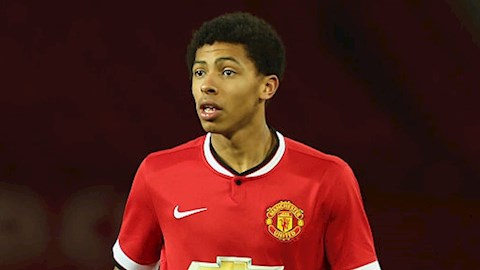 Redmond: It's a big step for me, but now is the right time

The 20-year-old becomes Scunthorpe’s fifth addition of the summer and first loan recruit with the start of the Sky Bet League One campaign just a week away.

Redmond, born in Manchester, aided the reserve side to retain their league title in 2016, three years after netting his first goal for the under-18’s against Aston Villa.

In 2013-14, he ended the campaign with four goals in 19 starts, with four further appearances as a substitute. He then played 29 times during the following season, scoring once in a 5-2 win over Manchester City.

Graduating as a scholar to the under-21’s, Redmond then made 21 appearances (including 15 starts) in 2015-16. He also notched four goals in the 26 games he played last term.

Redmond will wear the number 18 jersey and will be in contention for some minutes in the final pre-season encounter at Luton Town.