Members of the Iron squad visited the Disney Ward of Scunthorpe General Hospital on Tuesday afternoon.

They took with them a wealth of gifts, which were funded by the players themselves and Scunthorpe United’s Community Sports and Education Trust.

That comes following our visit in 2016, where a number of items were bought specifically for the ward to be enjoyed by all the children who unfortunately have to spend time there at any point during a calendar year. Those presents included electric cars, a swinging baby chair, two easels, fancy dress costumes and a football table.

It was once again fantastic to see much of the ward unoccupied - particularly with the festive period fast approaching.

For those who were inpatients on the ward and in the children's outpatient section, it provided smiles all-round. 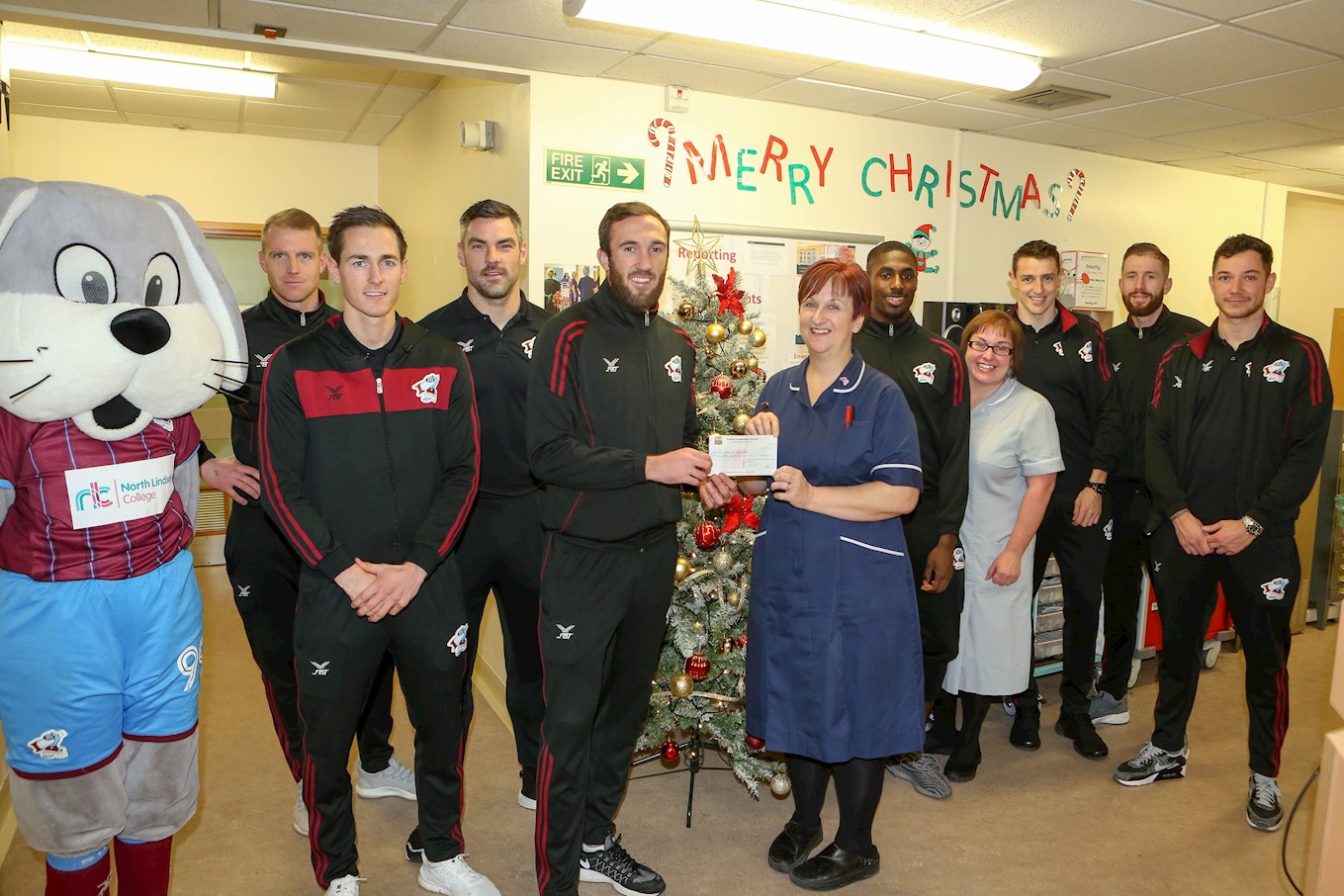 CHEQUE PRESENTATION: Rory McArdle pictured with seven other members of the Iron squad and club mascot Scunny Bunny presenting a cheque for £500 to the Bereavement Suite at Scunthorpe General Hospital.

Iron captain Rory McArdle was one of the eight players who journeyed to Scunthorpe General Hospital. He said: "Christmas is always a time where people speak about spending time with their families and being at home. However, you come to places like this and realise that some people are going to be here over Christmas. It’s not an ideal situation but hopefully with opportunities like this we can lift people’s spirits and try and put smiles on a few people’s faces."

Meanwhile, goalkeeper Matt Gilks added: “It’s fantastic to come down here and see the smiles on kids’ faces when you walk into the room with some presents for them. It’s a difficult time but it’s great to see them perk up a little bit."

Tom Hopper, who also took time out to visit the Disney Ward commented: "It’s such a good time of the year to be down here. It’s not nice for a little kid or parents to be in hospital so it’s given us a chance to lift their spirits, give them some gifts and do what we can."

Nicky Curtis, who works at the hospital, said: "We really appreciate the visit every year. The footballers give their time every year to visit us and it’s fantastic. It gives people something to look forward to throughout the day. It breaks up the day for them and they get a little gift as well so it’s really kind what they do. Everyone is so excited so it definitely does lift the whole place. It’s brilliant because they’re all so lovely and kind."

We will have a video from the day online in the run-up to Christmas. Click here see a full photo gallery.