The Iron return to League One action when they make the long journey to Home Park to face Plymouth Argyle on Saturday (kick-off 3.00pm). 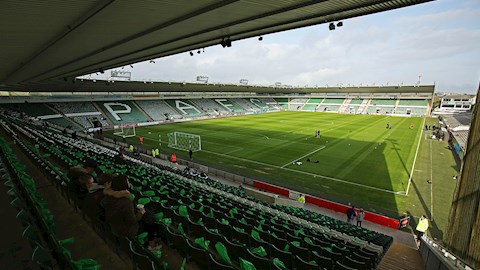 Plymouth away tickets go on sale

Having won their first league game last weekend in a 1-0 success against Oxford, Scunthorpe will be looking to remain unbeaten in the division, after exiting the Carabao Cup at the hands of Middlesbrough on Tuesday night.

Plymouth, meanwhile, were not in cup action during the week, but they drew their last league game 1-1 away at Southend United.

TEAM NEWS…
Both Kevin van Veen and Jordan Clarke are back in training, however Saturday’s game might be too soon for them to make their match return.

There are no other injury concerns following Tuesday’s defeat.

PAST MEETINGS…
These two last met in League Two in 2014 with the Iron recording a 2-0 away victory.

Two late goals helped them earn the three points, one from Dave Syers and the other being an own goal by goalkeeper Jake Cole after Hakeeb Adelakun's stinging shot.

Although he is yet to score in this campaign, Carey will be a threat and has one assist to his name from the opening three games.