The Iron will be looking to continue their fine form of late, as they look to make it five consecutive wins in Sky Bet League One when they face high-flying Sunderland at Glanford Park on Saturday 19th January (3pm kick-off).

Sunderland tickets on sale now! Save money and time by buying in advance

Stuart McCall’s side enter the game having netted seven goals in their previous four matches, and they will be hoping they can continue in the same vein this weekend.

Lee Novak has three goals in his last three games, and he will be looking to boost his current form, fresh from netting the winner in the 2-1 victory over Walsall at the Banks’s Stadium last Saturday, after Funso Ojo opened the scoring with his first league goal of the season.

Meanwhile, Sunderland are on a decent run themselves, as they sit third in the Sky Bet League One table and are unbeaten in their last six matches in all competitions. They drew 1-1 at home to Luton Town in their previous fixture.

United boss Stuart McCall reported no fresh injury worries ahead of the game.

Josh Morris faces a few weeks out with a fractured fibula and strained ankle ligaments. Elsewhere, Jordan Clarke is out for four months (knee), while Ryan Colclough (knee) is out for the remainder of the season.

There have been very few meetings between the two sides of late, with the only league encounter in the past 50 years taking place in the reverse fixture at the Stadium of Light earlier in the season, when the Black Cats won 3-0.

However, back in 2017, the two teams did draw each other in the group stages of the Football League Trophy, where the Iron came out victorious in a 3-1 win. Kevin van Veen, Duane Holmes and Josh Morris all scored on that occasion, and the Iron will be hoping for a repeat of that scoreline on Saturday afternoon.

Striker Josh Maja has a fine goalscoring record for Sunderland this season, and is currently the Black Cats’ top scorer with 14 goals, which doubles the amount scored by any other Sunderland player so far in the 2018-19 campaign.

The young forward is only 20 years of age, and is already proving to be quite a handful in League One, sitting second in the goalscoring charts, only two goals behind John Marquis of Doncaster in the race for the golden boot.

Maja rose through the ranks at the Black Cats’ academy after joining up with the youth team from Fulham. In 2016, he signed his first ever professional contract and later that year, he went on to make his debut for Sunderland as a substitute in a 2-1 win over Queen’s Park Rangers in the EFL Cup.

Ever since, the youngster has made a name for himself as a prominent figure in the starting eleven under Jack Ross and is one of the first names on the manager’s teamsheet.

A debut goal for Adam Hammill earned the Iron a point after drawing 1-1 with Sunderland at Glanford Park.

Josh Maja put the Black Cats ahead, but Hammill, who was subbed on with 16 minutes left, scored a stunning goal from 20 yards out.

The Iron had a chance to take the lead in the 10th minute when Tony McMahon’s free-kick delivery was headed by Rory McArdle to Lee Novak. However, the striker’s close range volley was held by Jon McLaughlin in the Sunderland goal.

McMahon and Novak were involved in another Iron attack ten minutes later. The right-back whipped a ball forward to Novak and he expertly played it through to George Thomas with his first touch, however McLaughlin stopped the attacking midfielder’s shot with his legs.

The resulting corner was then played along the ground to McMahon and his cross found James Perch, but the midfielder’s header went over the crossbar.

United continued to press forward and tested McLaughlin again. Levi Sutton watched the ball drop from the air to volley it goalwards, with the Sunderland goalkeeper diving to his left and collecting the loose ball after parrying the shot.

A mix up from McLaughlin and his defender nearly allowed Kyle Wootton to score. Thomas floated a cross into the area from the left-wing and the Sunderland goalkeeper collided with a defender as he went up to catch the ball. The ball bounced through to the far post, but Reece James hooked the ball away from Wootton.

At the start of the second-half, the Iron had a chance. Perch won the ball with a strong tackle and quickly picked out Wootton, who controlled it and turned. He then struck a powerful low shot, which was spilled by McLaughlin.

Jak Alnwick then had to make a smart save to from Aiden McGeady’s shot. The winger aimed for the bottom left corner, but the Iron goalkeeper pushed it away.

Sunderland then took the lead in the 59th minute. A cross from the left-hand side was headed home by Josh Maja.

With just over 15 minutes left, McCall decided to sub on Hammill for his first Iron game and also gave Kevin van Veen his second debut at the club.

Hammill was soon involved in an Iron attack. He chipped a deep free-kick towards the left post and it bounced through to Cameron Borthwick-Jackson, but his effort was saved.

The Iron came close to scoring again. Perch showed great technique to volley from the edge of the box which took a deflection. McLaughlin managed to save the shot and he quickly kicked the ball out for a corner before Novak got to the rebound.

In the 87th minute, the Iron got their much deserved goal and equalised to make it 1-1. Hammill, on his debut, controlled the ball on the edge of the box and sent a beautiful curling strike into the top right corner.

There were four minutes of stoppage time, as United fought to get a winner, but the game ended all square.

Scunthorpe return to action with an away match at Fleetwood Town next Saturday.

Save money by purchasing your Iron v Sunderland tickets in advance! Tickets are on sale now! 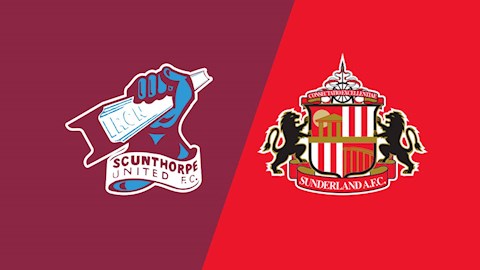 Our Early Bird Price Rates have been frozen for the fifth season in succession, and supporters can buy at these prices until the ticket office closes at 5pm on Friday, January 18th, and also until three hours before kick-off online via our ticketing website (www.sufctickets.com). Matchday prices then apply.

United's encounter against the Black Cats is a Category A fixture.

Saturday, January 19th - 9am until 3pm (also open for a short period of time after the Sunderland game) 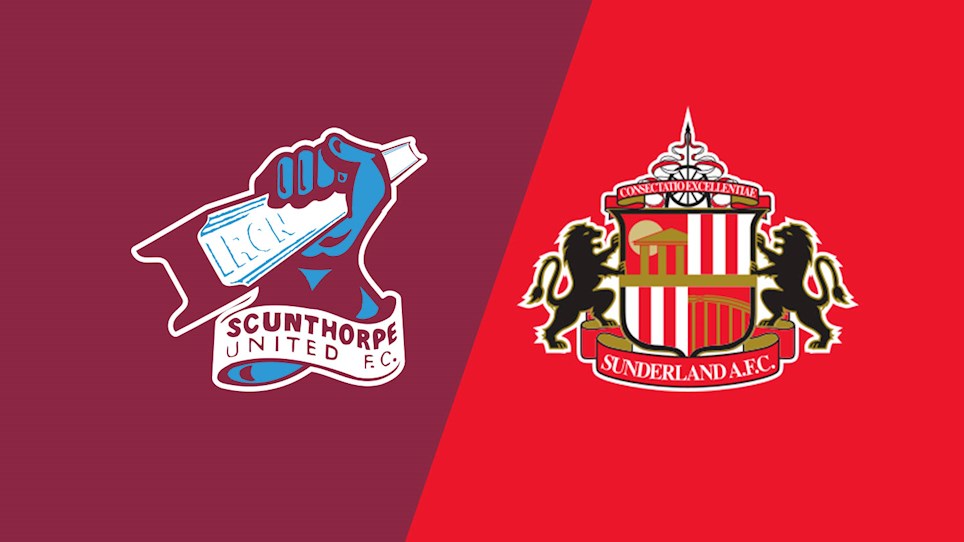 Sunderland tickets on sale now! Save by buying in advance


Save money by purchasing your Iron v Sunderland tickets in advance! Tickets are on sale now!