We continue a new feature throughout the close season taking an in depth look at all the teams in Sky Bet League Two for the 2021-22 campaign, this time looking at Bradford City.

Mark Trueman and Conor Sellars were relieved of their managerial duties at Bradford City with immediate effect following the conclusion of the end of the season.

As written on www.bradfordcityafc.com, the duo, who previously oversaw City’s under-18s side, have been offered the opportunity to remain at the club in other roles.

Trueman and Sellars took over first-team affairs at the Utilita Energy Stadium on a caretaker basis in December, before being made interim and then joint-permanent managers for the final 19 matches of the season.

Plans are already in place with regards to the vacant managerial position, and the club is not seeking applicants for the role. An announcement will be made as soon as possible. 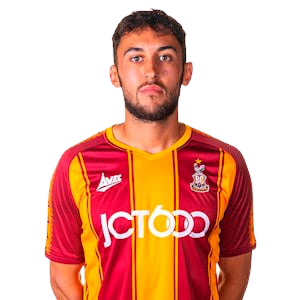 After leaving the Iron, academy graduate Levi Sutton was one of Stuart McCall's first summer signings last year as he bolstered his squad.

With 30 league starts and four substitutes to his name in 2020-21, the midfielder scored two goals and assisted in three strikes in his debut campaign at the club. He played a total of 2,725 minutes in Sky Bet League Two.

His final Scunthorpe appearance saw him sent off, with his disciplinary record for the Bantams reading as six cautions and one dismissal. 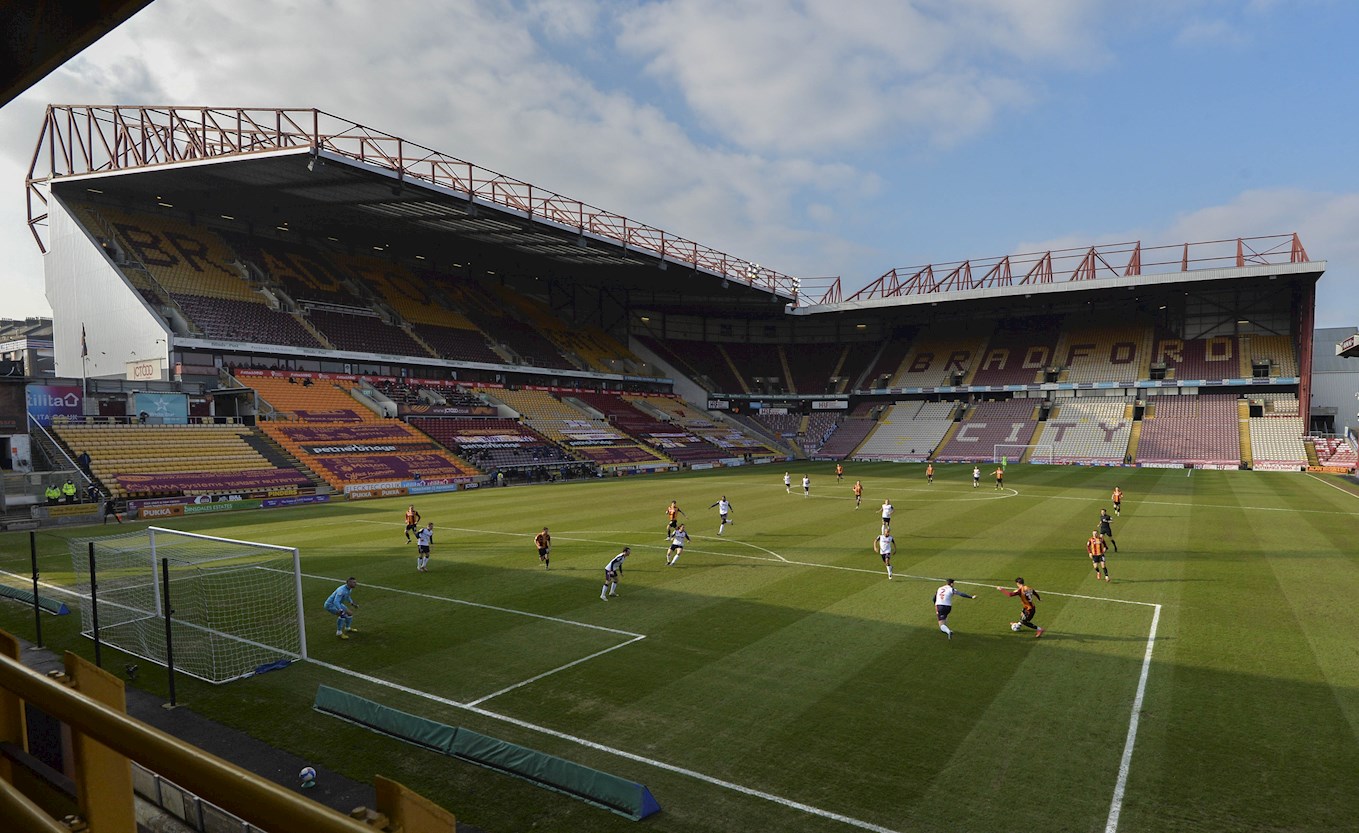 Distance to the Iron: 61 miles

A ground of 'two halves', the initial impression is that one side is twice as big as the other. The Kop End is a modern two-tiered stand, that is simply huge and looks quite superb. Opened in 1999 it has a capacity of 7,492 fans.

In 2019 Valley Parade was renamed the Utilita Energy Stadium in a three-year corporate sponsorship deal. 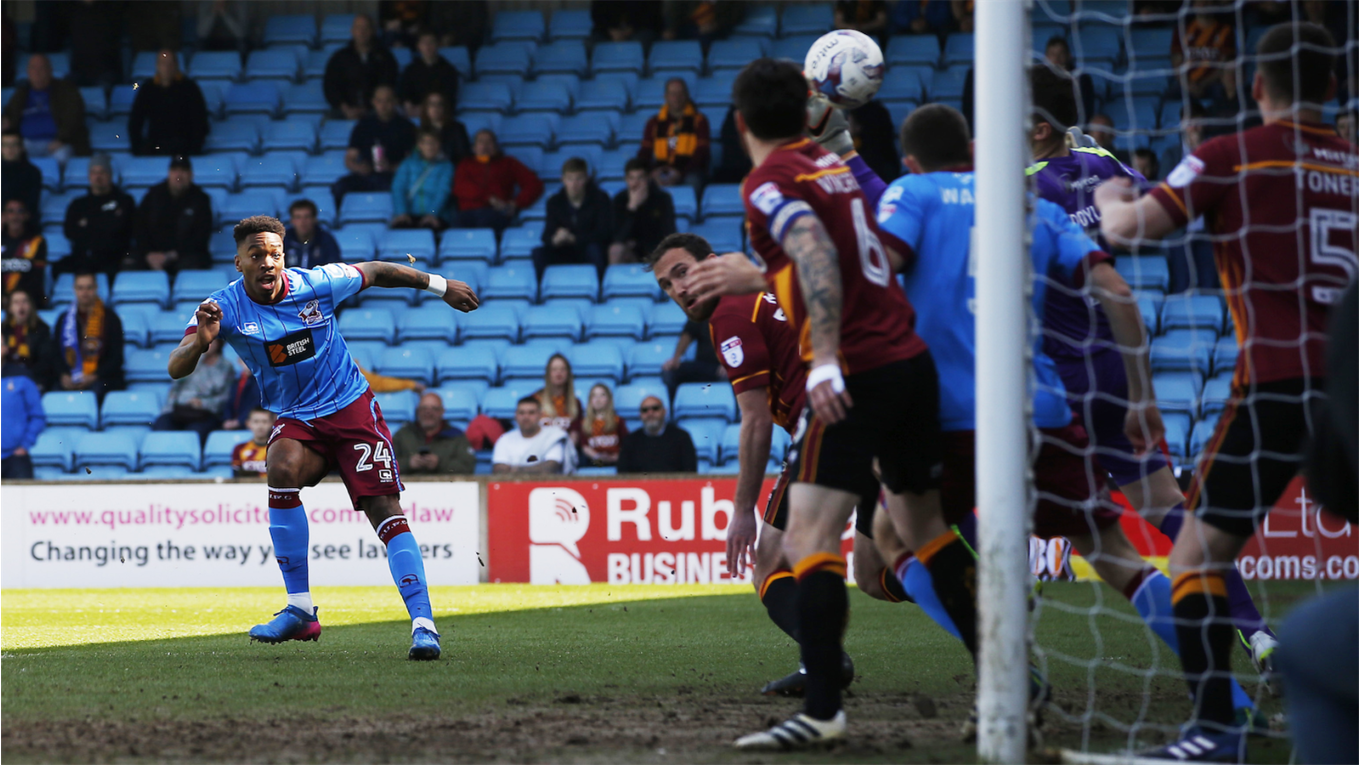 The Iron won a pulsating encounter at Glanford Park, coming from behind to win in front of the Sky Sports cameras.

The game, taking place at Sunday lunchtime, was brought to life following an early strike from Ivan Toney before a quickfire double from the visitors inside 16 minutes put the Bantams into the ascendancy.

Toney completed his brace in the second half, latching onto a ball from Hakeeb Adelakun to acrobatically send the ball into the corner of the net.

On-loan midfielder Matt Crooks then got the winner, bulleting home a header at the Doncaster Road end to keep the points in North Lincolnshire as both sides battled towards a play-off place in Sky Bet League One.