Defender Mason O'Malley has spoken about the need to build on Tuesday night's impressive result and performance in the 2-1 away win over Walsall. 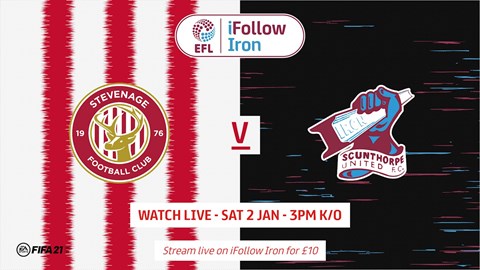 The ex-Huddersfield trainee played a part in Myles Hippolyte's opening goal during the win at the Banks's Stadium and was pleased with the resolve showed by his side.

He told iFollow Iron: "It was a very important one, it was gritty and not particularly pretty but we played good football in the first half before doing what we had to do in the second to get the three points.

"There was a big (penalty) save from Mark (Howard) that gave us a boost, before good play from Jake (Taylor) to create the goal for Gilly (Alex Gilliead). From that, we managed to see it out.

"It was important to bounce back, to help with the confidence. The win gives us something to build on going into the next game (against Stevenage this weekend)."

This weekend's trip to the Lamex Stadium presents a chance for United to potentially climb up to 15th in the table, while keeping the 23rd-placed hosts at bay, and O'Malley added: "We're always looking to win. That's the attitude every game, and hopefully we can get the victory and climb higher.

"They got a good win against Cambridge (in midweek) so will be confident, like we are, but we know there are no easy games in this league. The aim is to pick up where we left off in the last game and keep that type of performance and result going."

Reflecting on the end of 2020, the 19-year-old said: "It's been good on a personal note (emerging in the first team), though I'd of course rather play in front of fans. Hopefully they can be back as soon as possible.

"It's good to be back in the side (after being rested a fortnight ago). Hopefully I can carry on a good run of games, keep getting those minutes and pick up the points along the way."

See much more from Mason O'Malley and Neil Cox on iFollow Iron. Click here to get your match pass ahead of this weekend's trip to face Stevenage.