The Iron's Under-18s return to action this Saturday as they travel to St George's Park to take on their Burton Albion counterparts (11am kick-off).

This fixture fell victim to the weather on Tuesday and has been swiftly rearranged this weekend.

United bounced back from their first defeat in six games to beat Mansfield Town 3-2 last weekend.

Prior to that loss, which came against Rotherham United, the side had won five games in a row and seen them surge to the summit of the Youth Alliance League.

One trialist netted a brace at the weekend with one of them being a late winner against the Stags, while Harrison Poulter - another trialist in the game - got the other goal, as they came from 2-1 down to win their ninth game of the season and complete a double against the side, with both games ending 3-2.

Burton come into the game off the back of a postponement at the weekend as their away trip to Rotherham United was called off. Prior to that they'd lost ground on the top of the league following back-to-back defeats. Last time out, they were beaten 3-1 by Mansfield, who Scunthorpe beat at the weekend, while before that they were overhauled by Notts County, 4-1.

It's the first meeting between the sides this season and is the penultimate team United are yet to play in the division with Huddersfield Town also to face.

A win for the Brewers would cut the gap between the two sides to seven points, with Burton having two games in hand over the Iron. A win for United would open the gap to 13 points.

The Iron dropped to second with 27 points from a possible 36 with Notts County now one point ahead following their midweek win. The Magpies have, however, played an extra game.

The side has been without Joey Dawson for the last couple of fixtures as he entered the first team bubble to supplement the side following injuries to Ryan Loft and John McAtee which didn't, in the end, keep the duo out of any matches.

Dan Gallimore missed the win at the weekend due to a hamstring injury and is also a doubt for this game, but is expected to return for the following game.

Harry Baker has missed the last three games with a knee injury, while goalkeeper Ben Crosher returned to the bench a fortnight ago as the second year scholar made a rare appearance in the squad after a year hampered by injuries. He was, however, missing again at the weekend.

Alex Wilkinson also spent the latter part of 2020 on the sidelines and is still out while Ben Franklin, who has also suffered with injuries, made his first start in a long time at the weekend.

The side has been supplemented with trialists in recent weeks as the Iron look to bring through their latest intake ahead of next season with some clubs from a higher level already informing players of their fate. 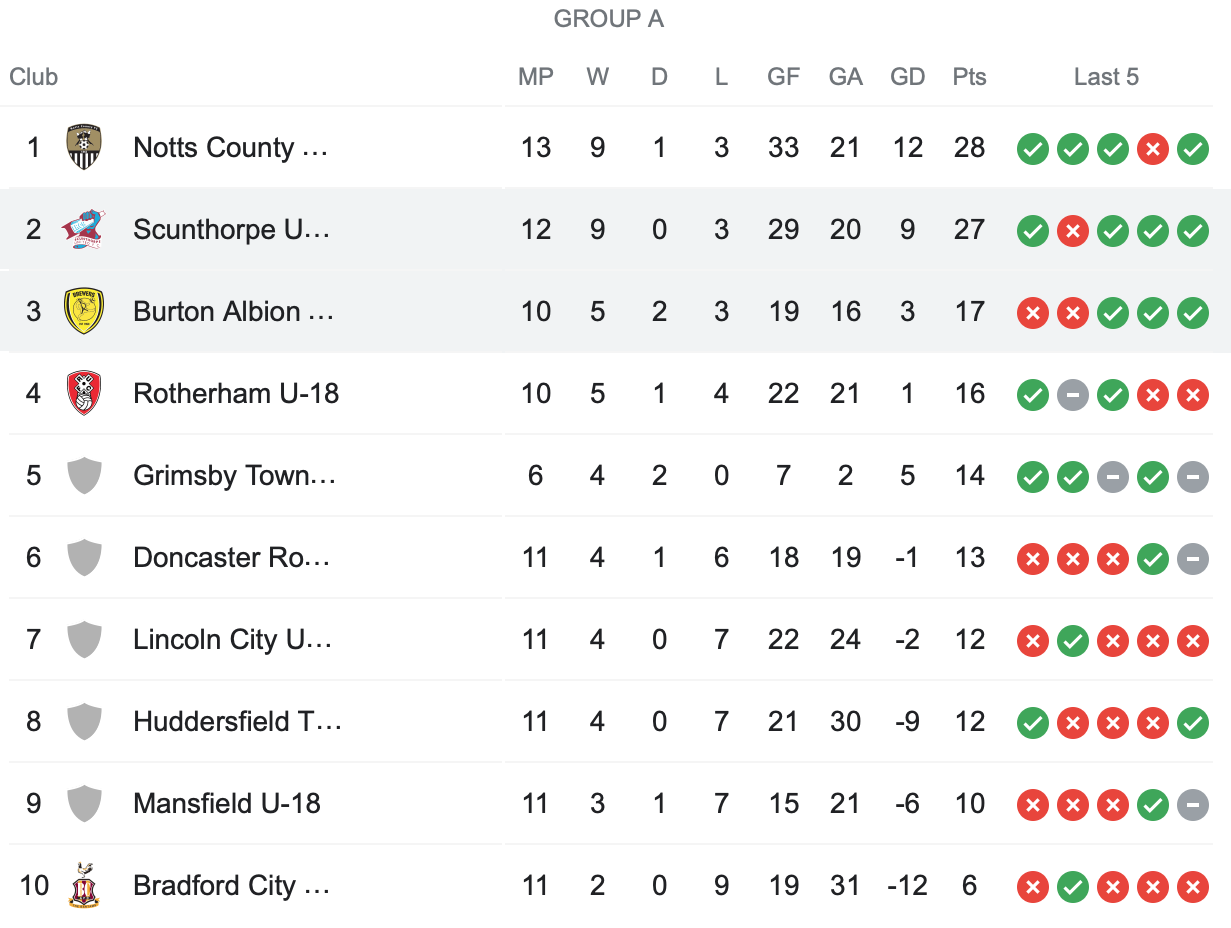