Andy Dales, Devarn Green, Olufela Olomola and Kenan Dünnwald-Turan scored as the Iron's Under-23s won 4-0 away at Huddersfield Town in the Central League.

The Iron won an early corner after pressure was put on the back line by John McAtee. Straight after, Dünnwald-Turan had the first effort of the game as he connected to a cut-back from the right. His shot went just wide of the left post.

On the five minute mark, Dales found space down the left to work in a cross with the ball headed away. United recycled the ball and it almost dropped for Dünnwald-Turan, but for good defending from the hosts.

Tom Pugh stole possession on the left and found McAtee, who in turn found Green’s run. He took one touch before his shot was turned behind for a corner.

With seven minutes on the clock, Emmanuel Onariase connected to McAtee’s corner but he couldn't direct it goalwards. United kept possession though, which resulted in a 20-yard effort pulled wide from Green.

After nine minutes, the hosts won a free-kick on the right side of the area. The ball was swung into the box, with Kelsey getting down low to gather the ball.

A minute later, Green stole possession down the right and linked in Olomola and McAtee before Green was slipped in down the right. A double ricochet gave the hosts a goal kick.

After 14 minutes, Dünnwald-Turan sent United’s latest shot wide of the target as the Iron quickly turned defence into attack.

A minute later, Lewis Butroid won the ball back before Dünnwald-Turan was slipped through on goal. The goalkeeper was alert and raced off his line to gather though.

Soon after, Dünnwald-Turan worked well with Olomola and eventually squared from the left, with Olomola seeing his shot deflected for a corner. From the resultant set-play, McAtee saw a shot blocked.

On 21 minutes, Dales strode forward with Olomola slipped into the area. The ball then fell to Dünnwald-Turan, but his close range shot was blocked.

Pugh then spread play wide to the left for Dales. His shot across goal was blocked but the Iron maintained possession.

Midway through the first half, Dünnwald-Turan got half a yard outside the box and fired a shot away despite slipping, with the goalkeeper making a decent save down to his left.

With half an hour played, McAtee hit an effort into the side-netting from the right side of the area as the Iron pressed forward again.

There was then persistence from Olomola as he twice won the ball back before playing in Green down the right. His low cross back to Olomola saw his shot again blocked by the defence.

With 35 minutes gone, Dünnwald-Turan crashed an effort from 20-yards off the inside of the post with the goalkeeper beaten. The ball came back into play at pace and just evaded the path of Olomola running in for the rebound.

Two minutes later, a fast-flowing move from the Iron saw Pugh win the ball back and feed Olomola. He flicked towards McAtee, who took one touch before angling a shot just over the bar.

The first goal came on 37 minutes as Dales’ long range effort took a deflection but wrong-footed the ‘keeper and rolled into the net.

In the 41st minute, Alfie Beestin almost stole in for a second but the home defence cleared for a corner.

Then, Dünnwald-Turan headed the ball over the bar from McAtee’s corner.

On the stroke of half-time, the hosts spread play down the right with a cross squeezed in which looped up and hit the top of the bar and went out for a goal kick.

Just after the break, there was a big chance for a second as Dales strode through before being brought down. The ball was slipped in for McAtee who bent an effort around the post and wide.

On 48 minutes, Green worked well down the right touchline before his cross was headed over the bar by Dünnwald-Turan.

United extended their advantage with 52 minutes gone as Dünnwald-Turan switched play to Green on the right. He beat his man before firing an effort into the net, with the ‘keeper rooted to the spot.

A third was added in the 55th minute as Tom Pugh slipped Olomola into the area, with the forward winning the race to the ball to dink the ball over the ‘keeper and into the net.

Straight away, McAtee brought the ball the length of the pitch and strode beyond two defenders before a last ditch tackle thwarted his shot.

With 64 minutes gone, Dales attacked down the left side and dinked in a cross for Beestin who side-footed a volley wide of the target.

Soon after, Dünnwald-Turan drew a fine save from the home goalkeeper. The ball came out to Green who fired the rebound wide.

In the 76th minute, Kelsey Mooney seized on a loose ball to control and volleyed narrowly over the bar as the Iron searched for a fourth.

The fourth goal arrived in the 81st minute when Mooney slipped in Dünnwald-Turan on the right side of the area, with his shot across goal and into the bottom corner of the net.

Three minutes from time, Kelsey made a fine save down to his right after the hosts were awarded a free-kick on the edge. At the other end, Dünnwald-Turan fired wide as United turn defence into attack.

Then, at the end, there was a late chance for a consolation for the hosts, but the effort was across goal and wide. 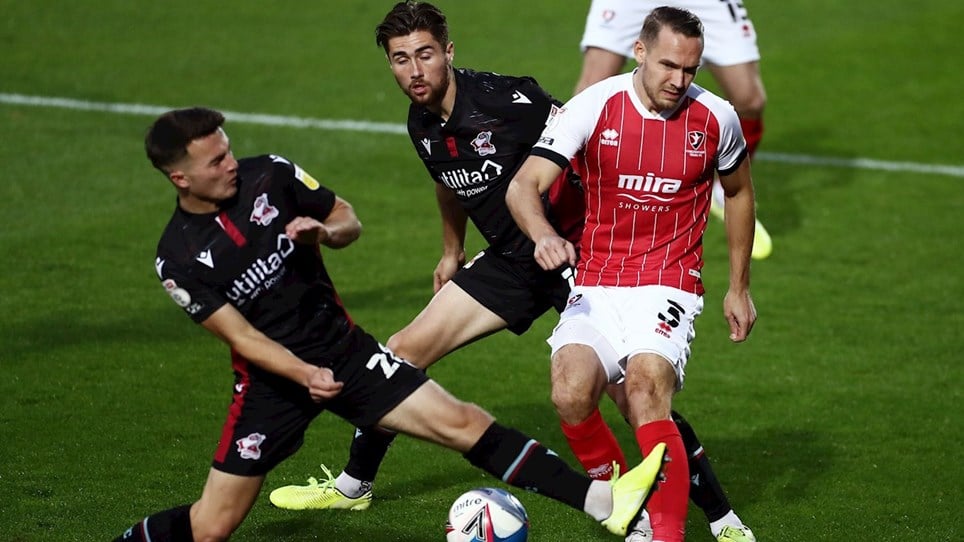 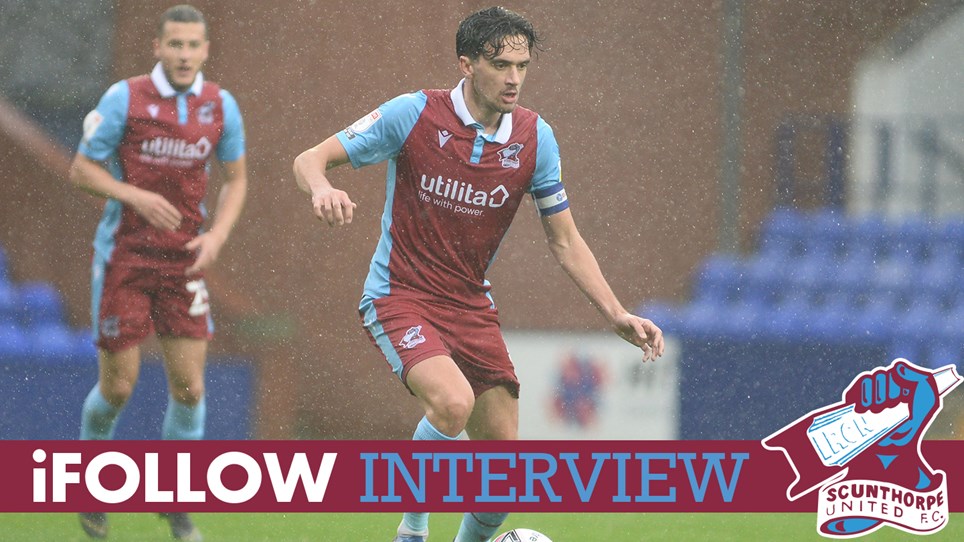 
Post-match reaction from Alex Gilliead after the game at Tranmere Rovers. 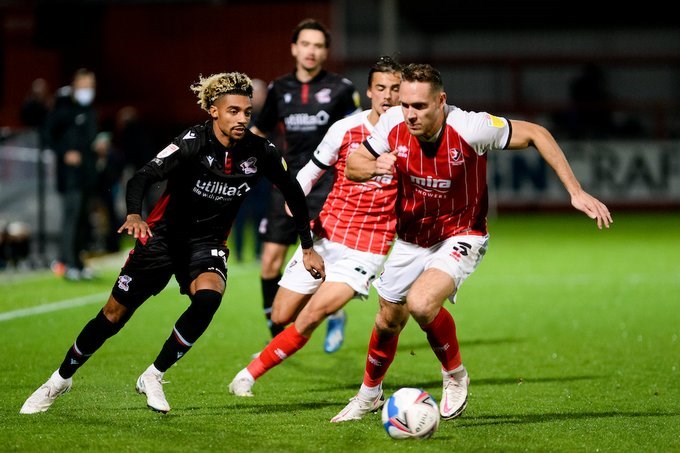 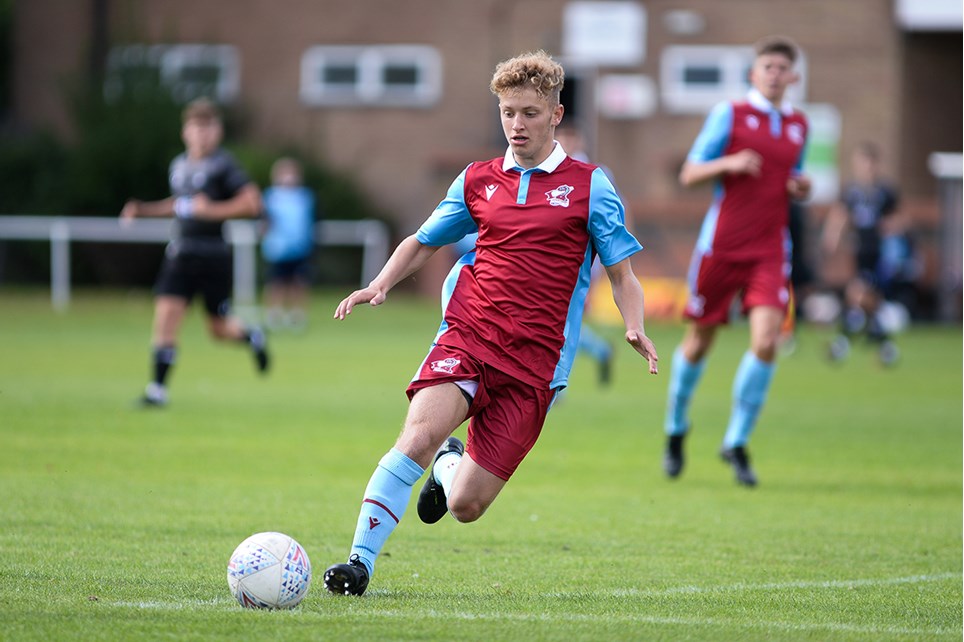 
The Iron's Under-18s were beaten 4-1 at home by their Lincoln City counterparts in the Youth Alliance Cup on Saturday. 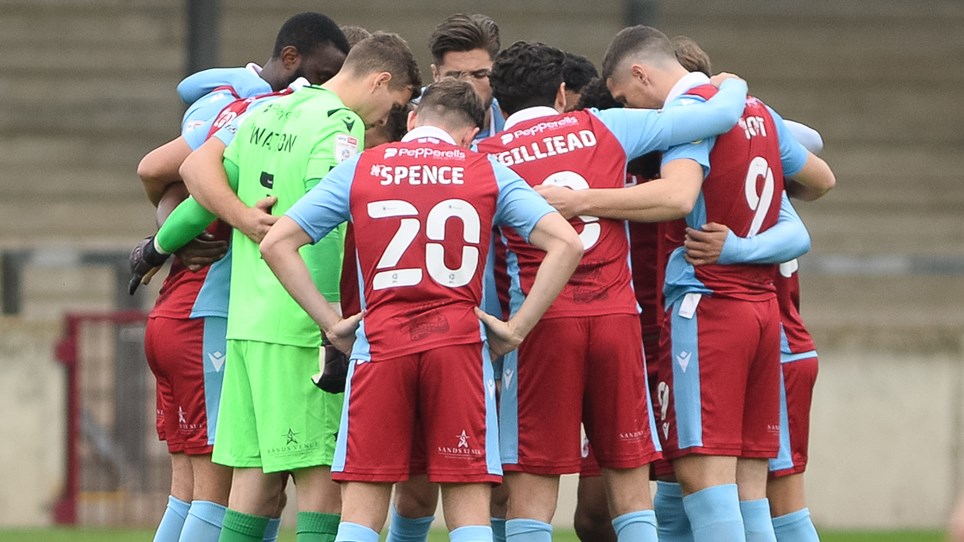 
The Iron suffered a 5-0 defeat at home against Cambridge United on Saturday. 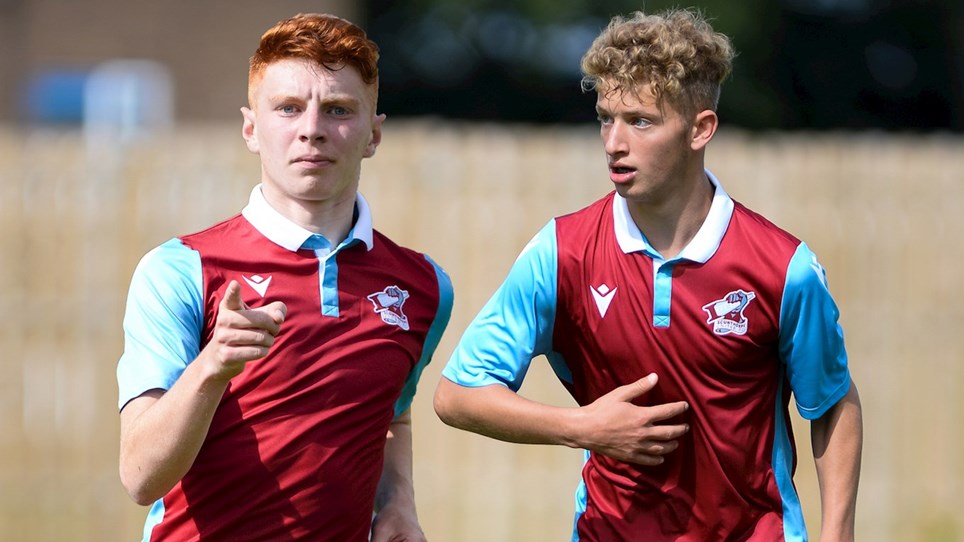 
The Iron's academy side maintained their 100% record with an impressive 4-2 away win away at nine-man Bradford City on Saturday.