Scunthorpe United Football Club is saddened to learn of the passing of vice president and former goalkeeper Ray Clemence MBE at the age of 72.

The thoughts of all at Scunthorpe United are with Ray's family at this sad time.
Born in Skegness, Lincolnshire, Clemence played as an amateur with Notts County but signed for the Iron in August 1965. He then had to wait until the following April for his debut, against Swansea, but he was still only 17-years-old.
The following season he took over the green jersey in the third game and, despite conceding seven goals at Grimsby in the next match, kept it for the rest of the campaign.
His progress was swift and, though still a raw teenager, his potential prompted Bill Shankly to spend £18,000 to take him to Anfield in June 1967 after he'd made 50 appearances for United.
He spent several years developing in the Liverpool reserve team before finally breaking through into the first team in 1970, and he went on to make almost 500 appearances for the Anfield side.
In 1971, Clemence played in the FA Cup final against Arsenal. He had a great game but was powerless to prevent the North London club from scoring twice in extra time to win the match 2-1. His painful disappointment was revoked two seasons later when he won both the League title and UEFA Cup. Liverpool beat Borussia Mönchengladbach 3-0 in the final and Clemence saved a penalty to preserve his clean sheet.
In 1973/74 Clemence added another trophy to his growing list as Liverpool won the FA Cup with ease – beating Newcastle United 3-0 in the final. By now, he was a regular in the international fold. However, he was still having to fight hard for his place alongside Peter Shilton. Clemence’s first international clean sheet came during a 1-0 victory over Wales at Cardiff City’s Ninian Park in November 1972.
During a 12-year international career he only went on to make 61 appearances. That was due to him battling it out with Shilton for that converted number one jersey.
Clemence went on to lift another 15 trophies (five Division One titles, three European Cups and the UEFA Super Cup but to name a few) with Liverpool before he left them in favour of a move to Tottenham.
In his first season at Spurs, Clemence faced his old club in the final of the League Cup. Unfortunately for the former Iron ‘keeper he ended up on the losing side. His former club won the final 3-1 but he ended up winning some silverware after Spurs won the FA Cup on a replay after they beat QPR 1-0.
Clemence’s European success continued into his latter career days in North London as he helped them win the UEFA Cup in 1984.
He is one of only 25 players to have made over 1,000 career appearances. After retiring as a player in 1988, Clemence took up coaching and in 1992 he was appointed the joint manager of Spurs alongside Doug Livermore. He then parted company with Spurs the following year before taking up the position of manager at Barnet.
After two successful seasons as manager of Barnet, Clemence was recruited to the national team’s coaching by manager Glenn Hoddle. Clemence worked as the goalkeeper coach under Hoddle, Kevin Keegan and Sven Goran Eriksson. He also worked under Steve McClaren during his short spell as England manager but left the fold when Fabio Capello took to the helm.
He went on to become the Head of the FA’s Development team that oversees the development young English players from under-16s to under-21s.
Prior to his retirement from the game in 2013, the then-crop of England players presented the legendary international shot-stopper with a number of gifts, these included some signed shirts and a montage of those who he has worked with over the years. He also supported Prostate Cancer UK, one of our charity partners, for well over a decade.
Clemence, who was appointed an MBE in the 1987 Birthday Honours for services to football, was a popular figure in the game due to his legendary status and never short of invitations. However, he still found the time to attend Iron matches in his later years and was always a charming and entertaining guest in the boardroom.
Rest in peace, Ray. 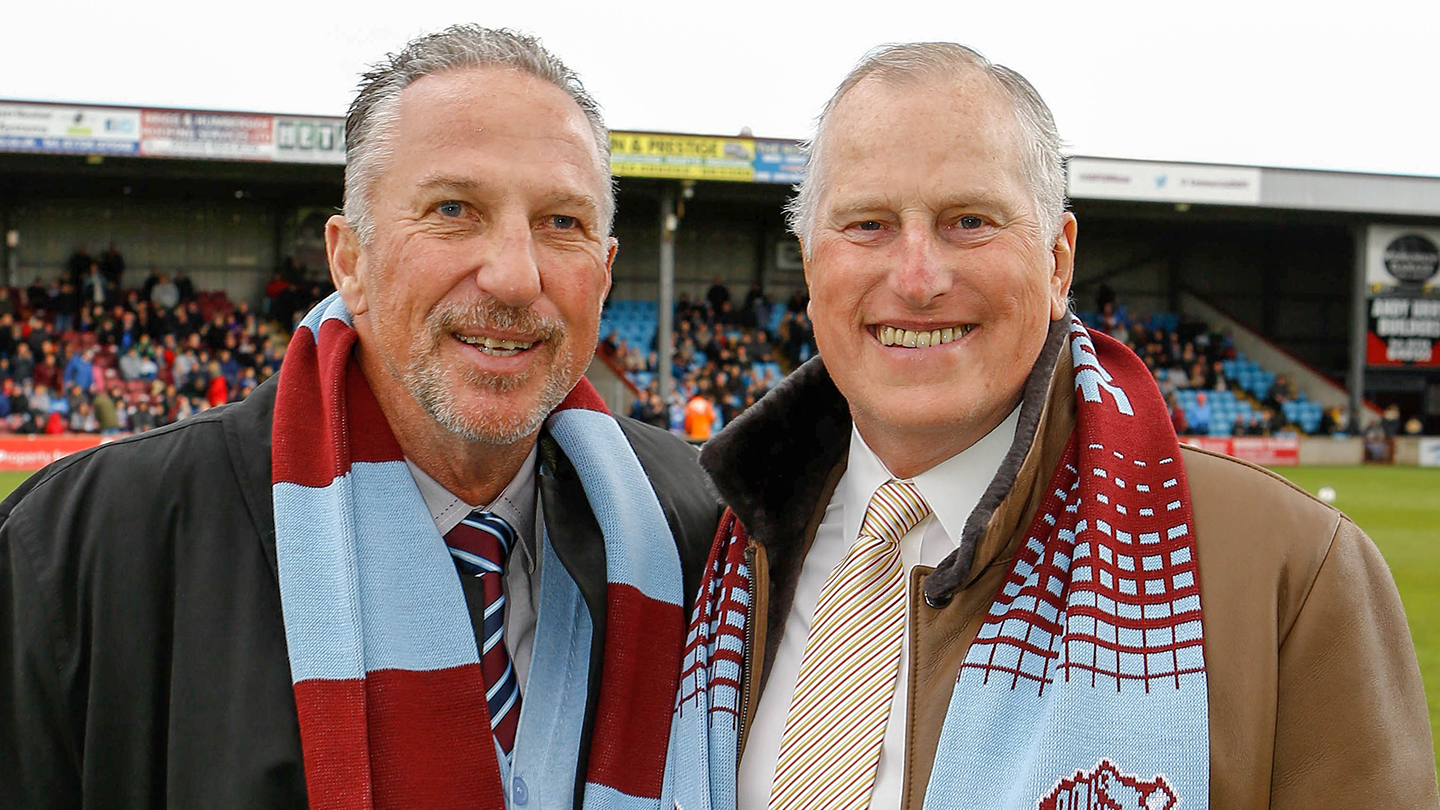