It all seems immaterial in the end, but as we were previewing a trip to Colchester United at the end of last week, one real question in terms of team news was on everyone’s mind. 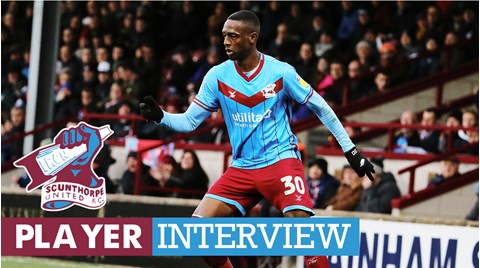 📹 iFollow: Abo Eisa on COVID-19 and recovering from a hamstring injury

Will Abo Eisa be back in the squad after his hamstring injury? Hours later, following that press conference, the UK’s situation altered in terms of COVID-19, with all Premier League and EFL matches suspended until April. The 24-year-old’s first answer confirmed his availability for selection: “Yes, I would have made it. I was feeling good (going into the weekend).

“I was doing some hamstring work, some strengthening work and some sprints as well. Everything was good on the physical front. We wanted to play football and on a personal note, I wanted to get back playing, scoring and assisting goals and try to get some wins on the board.”

After being sidelined following an injury he hadn’t experienced before, Eisa reflected on his time out of the side, which has now mounted to double frustration with the cancellation of fixtures coinciding with his return.

“I’ve never really done it before. When I pulled up in the Port Vale game, it just felt like tightness,” he continued.

“People have said to me before, you’ll know about it if your hamstring goes, but it wasn’t as bad as that. It was tightness and that could have been down to fatigue and playing a lot of games. The recovery rate was good, it probably only took me 10 days to get back into shape and get back into running and sprinting. It was something new, but something that I know what to do to keep on top of now.”

With the suspension of the season now into its fifth day, and with two scheduled fixture dates against the U’s and Exeter City now passed, it’s been a strange week for all involved in the football world. For the footballers, and the likes of the Sudanese attacker, who haven’t been able to train at the Sands Venue Stadium, it’s been hard to adapt.

“It’s a completely different world without football. With the virus going round, health comes first and the EFL have done the right thing. It was Xbox and movies for me at the weekend, and spending time with the family, because obviously we don’t get a lot of time to do that with being wherever we are playing. It’s been good staying with my family - I’ve got two little brothers that drive me crazy!”

It’s business as usual on a solo basis for the whole squad, who have been given their own individual programme to maintain their fitness, something Eisa also touched on during the conversation.

“It’s our profession and we have to keep ourselves fit,” he added.

“We’ve got until at least April without a game, and we’ve been given this week off, but we need to stay fit, do some running and go to the gym. We’ve got full support from the medical team and the other staff to help us with that too. We have to stay professional.”

Athletes always have a goal in mind. Be it training in the week to work towards a game at the weekend or building up during pre-season with that opening day fixture in mind, there is always motivation. April 4th, at home to Leyton Orient, is the current target, although the way the Coronavirus appears to be spreading, that does seem like a far-fetched date at this time.

“I think it’s only going to get worse, looking at it at the moment,” he said.

“I’m interested to see what it going to happen and what decisions the EFL are going to make. It would be harsh to cancel the season because there are a lot of teams, particularly at the top of leagues, who have put in a lot of hard work to be where they are. It would be a shame for the season to be void, but there are teams who can also get up there if the final results go their way.

“It’s a tough situation and I wouldn’t want to be one of the Board members making the decision, but a decision is going to have to be made. Either way, it’s probably going to be harsh on some teams.

“It might have a knock on effect on next season too. Nobody knows what is going to happen and no one knows how the Coronavirus is going to play out either.”