As featured in our programme earlier this season, we catch up with striker Steve Torpey, who was a talisman for the Iron between 2000 and 2007.

Torpey was the Iron’s club record signing at the time, joining from Bristol City in February 2000 for a six-figure fee.

“I was at Bristol City and I got a call from the manager Brian Laws saying Scunthorpe were interested. I spoke to my wife and family, and it didn’t take much convincing,” he said.

“We were in a precarious position when I signed. I didn’t feel I contributed a great deal (at that time) because we got relegated.”

He managed 76 goals in Iron colours and was partnered with some fellow Scunthorpe greats leading the line.

“I was signed as a targetman-type player to create chances as well as hopefully chip in with some goals,” he said.

“I was fortunate to work with some good strikers at Scunthorpe who scored 20 plus goals a season; Guy Ipoua, Martin Carruthers, Paul Hayes, Steve MacLean. I wasn’t at that level in terms of goalscoring. I was more 10 to 15 a season type of ratio.“

Five years into his spell in North Lincolnshire, he finally achieved promotion with the Iron to the third tier in 2004/05, after a near miss with relegation from the league a year earlier.

“The season before the promotion season, we just avoided relegation. We played Macclesfield and I scored the winner that effectively kept us up, which was a relief,” he stated.

“The following year was fantastic. We went down to Shrewsbury on the last game needing a point to go up and it was a cagey affair. Joe Hart was a youngster at the time and one of my rare overhead kicks was saved by him near the end. Fantastic memories.”

The former forward admits he picked up “freak” injuries but played through the pain, even scoring against Millwall at The Den in December 2006 despite nursing a broken foot.

He explained: “It was a damp, Friday evening and I was carrying an injury with my foot. I came off the bench with 10 minutes to go. The ball got pulled back and I toe-poked it with my right foot and it went into the bottom corner for 1-0.

“After that game, I was in agony and I had an x-ray and I’d fractured a bone on the outside of my foot. That was my one league goal that season.”

It was one of a handful of niggles he picked up towards the end of his Iron career before making his bow in a 3-0 victory at home to Carlisle, when United celebrated winning the League One title.

He said: “It was fantastic of Nigel (Adkins) to start me. I played 50 or 60 minutes and we won the game in the end. It was fantastic to be a part of another promotion winning team.

“Towards the end of my career at Scunthorpe, I picked up some freak injuries. I ruptured my hamstring, I got a dead leg and a 12cm tear which kept me out for a prolonged period.”

Before he was at Scunthorpe, he was a Bradford City player, signing for the Bantams along with several Millwall teammates as they became labelled rather amusingly.

He still looks out for results and is invested in the Iron’s academy through his new role at the Professional Footballers’ Association.

“I’m working for the PFA as a coach educator. I’ve been doing it around 16 months now. I’m working on UEFA B-Licence qualifications with current and ex-players,” he said.

“My clubs are Scunthorpe, Grimsby, Hull, Newcastle, Sunderland, Middlesbrough and Carlisle that I’ve been allocated to.”

Torpey continued: “I go to some of the Scunthorpe youth team games and a few first team games as well. I was there earlier in the season so I tend to watch a few of the games,” he said.

“I’m only in Howden so I’m only half an hour up the road.” 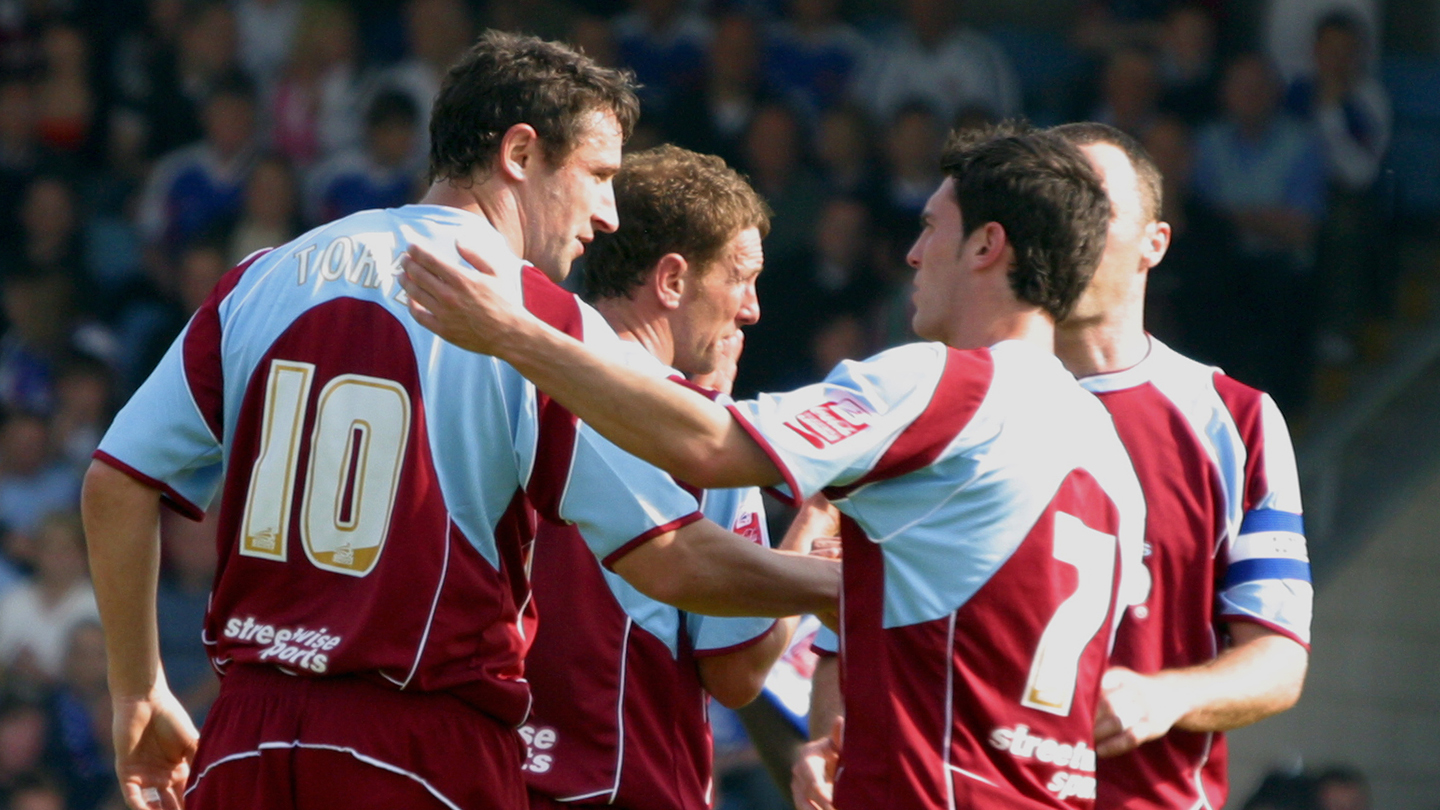 Steve chooses a six-a-side team comprising of the players who were here during his stint at the club.

Goalkeeper
Paul Musselwhite: Current goalkeeping coach who made over 200 appearances for the club across two stints, and helped the club to promotion in 2004.

Defender
Andy Crosby: A defender who signed for Scunthorpe towards the end of his career, making a huge impact in terms of on-field leadership. He then became Nigel Adkins’ right-hand man.

Defender
Andy Butler: A fan favourite who has had two spells with the Iron.

Midfielder
Ian Baraclough: A defender-turned-midfielder who won two promotions with the club and went on to be part of the backroom staff, before becoming manager.

Midfielder
Cleveland Taylor: A skilful winger who netted some excellent goals in his time at the club in the 2000s.

IN THE CHANGING ROOM

Steve Torpey remembers the changing room during his time at the club.

Loudest player:
ST: Peter Beagrie. You couldn’t get the mic off him, not just in the football side (with the ball). He had good experience and good knowledge, and was a big figure in the changing room at the time he was with the club.

Worst dressed:
ST: That’s a tough one but I’ll go with Tommy Evans. His dress sense was a decade behind everybody else!

Manager’s pet:
ST: I’d probably say me with Brian Laws - he loved me, haha! Cliff Byrne, Andy Crosby, Ian Baraclough were too; they gave 100 per cent and as a manager, that’s what you want. It’s attitude before creativity, in my eyes.

Grumpiest player:
ST: (After thinking for a while) Paul Harsley. He didn’t stop moaning, even more than me!

Closest to:
ST: I moved house and Lee Hodges took me under his wing, and there was also Andy Dawson when I moved up from Bristol. They looked after me and took me out.

Late to training:
ST: That was Marcus Williams more than anyone. He was so laid back, he was horizontal.

Most skilful:
ST: Peter Beagrie. He could manipulate the ball and he was good one-versus-one attacking and in wing play.