Former Iron defender/midfielder Andrew Wright has chosen to pursue a coaching career overseas after hanging up his boots.

Wright enjoyed four years in North Lincolnshire between 2008 and 2012, before linking up with Morecambe following his departure.

The former Liverpool trainee has fond of a promotion to the second tier during his time with the Iron.

He has since returned to the States to coach a university soccer side; the same college he attended back in 2004.

“Since leaving the UK, I came back to America. I’m an assistant coach at the minute for my old university – West Virginia University, of all places. At some point, I’ll be a head coach,” he explained.

“I always knew I would go into coaching after football and I think a part of me always wanted to come back to America as well.

“Not many people in England are aware of the American university system and how it works in terms of the teams but it’s an incredible opportunity within coaching and I love it. It’s as close as you can get to coaching and managing in England.”

A breath of fresh air from the “rat race”, the Merseyside-born midfielder always had ambitions to return to America to continue his career in management.

“As ruthless as the clubs and the fans are. I believe the average first time manager is in his role for seven months and 70 per cent of them never manage again,” added Wright.

“It’s a cut-throat industry; the same as it was when I was playing. I’d had enough of that as a player.”

He prolonged his stay on UK shores when he signed for Morecambe in 2012 from Scunthorpe but Wright signed for the Iron by chance.

“I was supposed to come back [to America] in January to go to the MLS Combine, which they do every year with college students. 40 or 50 kids get invited to it,” he said.

“I finished my university career, signed with an agent and I came back to England in December. Our season was done and it was kind of a winter break. I came back at Christmas time as I always did.”

Then-manager Nigel Adkins was impressed with Wright’s endeavour in a reserve game and offered the then-23-year-old a deal.

Wright continued: “My agent got me a couple of days training at Scunthorpe. The gaffer at the time, Nigel Adkins, asked around and knew my old physio from Liverpool. I did well and got invited back to play in a reserve game against Sheffield United.

“I did well and scored a penalty, broke a lad’s nose in a challenge, sent someone else off the pitch injured and that was enough for the gaffer!”

He found it a challenge at first to readapt to the sport in England but went on to make 87 appearances for the Iron, with two separate loan spells to local rivals Grimsby Town.

He continued: “I was very young in football terms. I was learning the trade. I was thrown in after four years at college so it was very different.

“I didn’t have the experience that some of the lads around me had. It was different coming into the football changing room environment; I was a bit naive at the time.”

Despite missing the States, he enjoyed his spell in North Lincolnshire and still has the scars to prove it.

He concluded: “I loved my time at Scunthorpe. We were relegated in the very first year but had a promotion the season after through the play-offs. We had the Wembley trip for what was the Johnstone’s Paint Trophy.

“I’ve got scars all over my face, and cuts that I got at Scunthorpe, so there are lots of memories etched on me!" 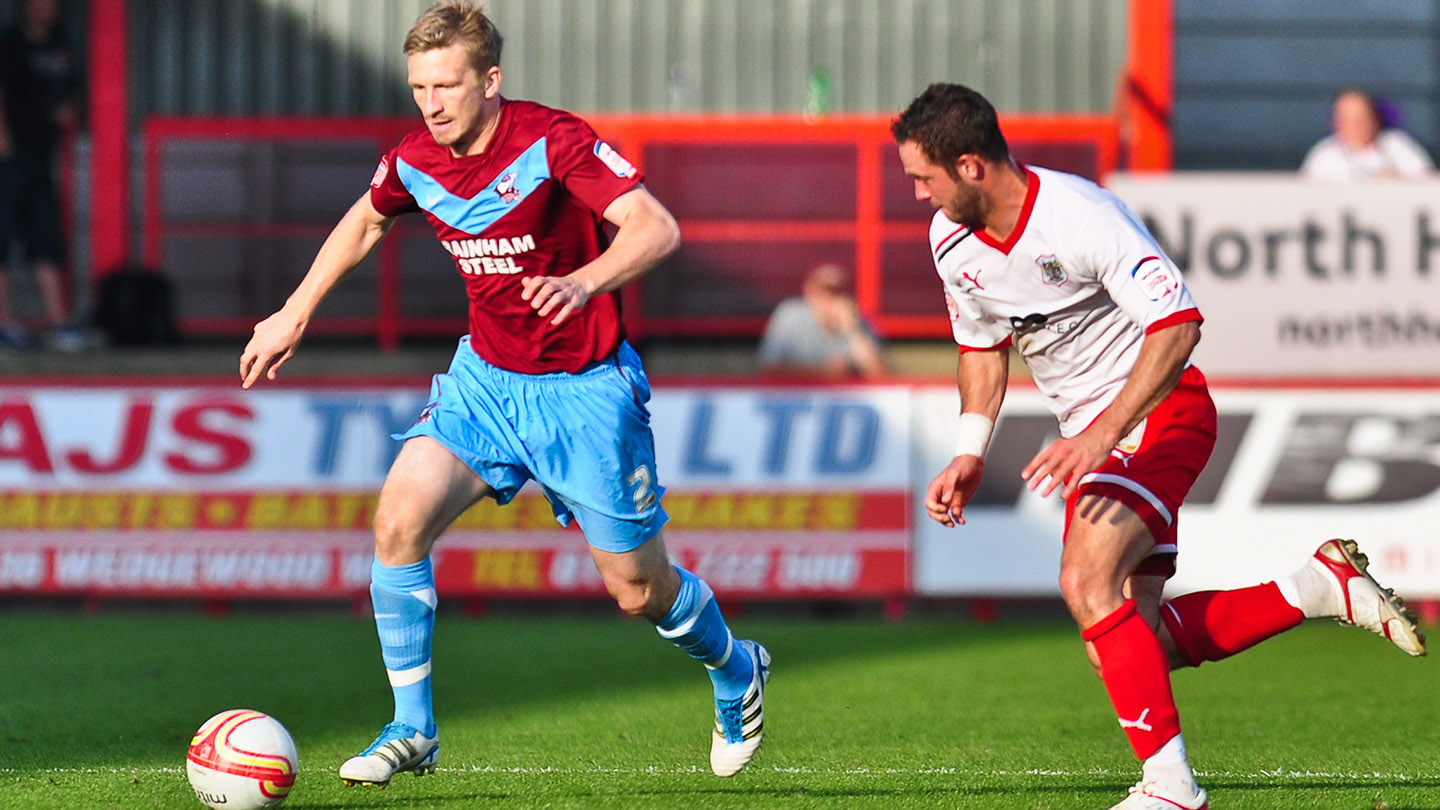 Andrew compiles his six-a-side team from past Iron players he played alongside.

Joe Murphy
For a six-a-side game, he’s one of the best goalkeepers I’ve seen with his feet. Capable of making big saves too.

Cliff Byrne
Not because he was the best but for many other reasons. He was the hardest working player I’ve ever seen. Doesn’t surprise me to now see him on the coaching side of things.

Jack Cork
He was only there for six months while I was around. He was only 18 when I came over and I was two or three years older but he was a really good player. He wasn’t above himself either.

Henri Lansbury
Another one who only had a short loan spell but you could see he was incredibly talented. He was a creative player and carried himself with a confidence.

Grant McCann
A tough player and a tough guy as well but special on set pieces; wonderful left foot on him. A leader in his own right.

Gary Hooper
Phenomenal. Him and Paul Hayes were responsible for the promotion winning season and staying in the Championship the year after. 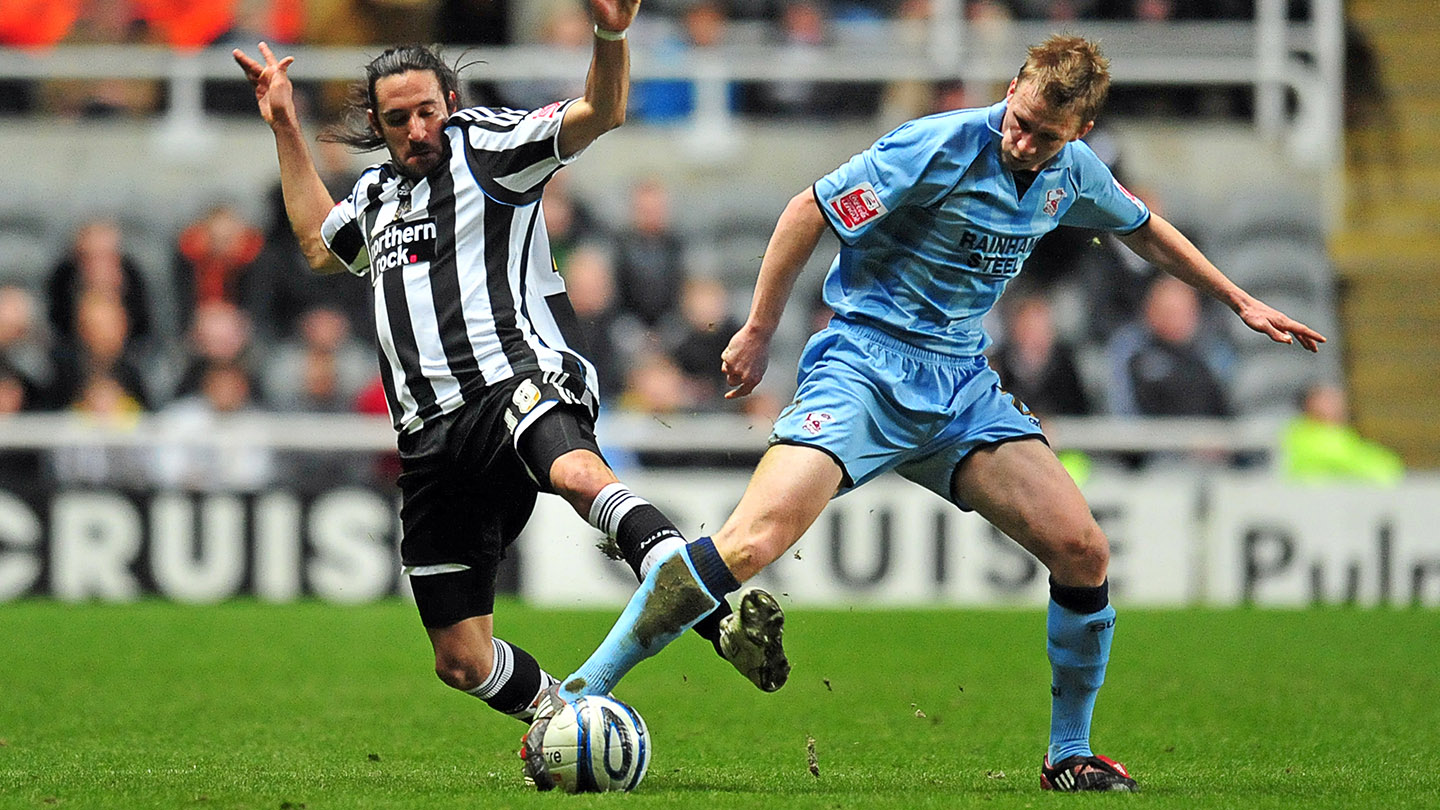 IN THE CHANGING ROOM

Wright reveals more about the Iron dressing room environment during his four years with the club.

Which player were you closest to?
AW: Probably Josh Lillis. I still keep in touch with him now and he’s still in the game at Rochdale.

Who was the worst dressed player at the club?
AW: There was a defender called Mamadou Seck. He wore some questionable stuff.

Which players were late to training more than most?
AW: Typically, the guys who came in from distance. Joe Murphy was late a lot. Jon Parkin came in on loan and on big dough so just turned up late and paid his fines!

Which player was the manager’s pet?
AW: Instantly I want to say Cliff Byrne. He’s the guy people would associate that term with. Not because he was close to the gaffer but he was just a model professional.

Which players were the most skillful?
AW: Kevan Hurst or Martyn Woolford. What a player Ramon Nunez was when he came to us too for a short period of time on loan from Leeds United.

Who was in your car school?
AW: I moved to live in Leeds and I was in with Kenny Milne, Marcus Williams (who was the tightest man on the planet because he never passed his test or drove a car, and never paid petrol money). There were also Niall Canavan and Chris Dagnall towards the end as well.

Who was the biggest practical joker?
AW: Joe Garner. Him and Paul Reid got into it. One of them came in with a stinking fish and planted it in a locker or a wash bag.