Now plying his trade across the Atlantic Ocean in the United States, we caught up with Alex Davey, now aged 25, to get an update on his footballing career.

He was no stranger to trying new options, with his third loan spell away from Stamford Bridge seeing him also cross waters, this time to Norway to play for Stabæk Fotball.

A major lifestyle change was in the offing when he left Dagenham and Redbridge last summer, when he made the decision to move and it came about via Paul Buckle, a midfielder who made in excess of 500 career appearances between 1989 and 2007 before turning to management.

“It was something I’ve wanted to do for a while,” Davey explained.

“I went to Sacramento Republic FC a few years ago and since then I’ve wanted to get back to America as I loved everything about it. It came about as I know Paul Buckle and he is now the technical advisor at the club I’m at, Hartford Athletic.

“It’s going really well and I’m enjoying my time there. It’s not as physical, but the technique and tempo side of the game is very similar.

“Hopefully I can really kick on this season and push myself. I want to help Hartford achieve the play-offs and the ultimate personal goal for me is to get into the MLS. In terms of coming back to England, never say never, but for the moment I’m very happy across here.”

The side was only founded in 2018, finishing 17th in their 2019 campaign and currently Davey is just one of three British amongst the “roster” along with Englishmen Aiden Mesias and Arthur Rogers. His seven appearances and one goal for Scotland Under-19s are still a proud memory for the defender.

He said: “Playing for Scotland was a great honour and a great experience for me. It came about through my Grandad as he was born there.”

It’s hard to believe it’s now six years since Davey joined Scunthorpe on loan, just one year after turning professional at Chelsea. He made 17 appearances for the side during that spell in all competitions, scoring once.

“Being at Scunthorpe was a great time for me and to be honest one of my highlights of my footballing career so far,” he continued.

“It taught me a lot, compared to playing with the Chelsea academy. It was a lot more physical, the tempo was faster and the games meant more to the players when we won, drew or lost.”

The goal in question came in the FA Cup against Chesterfield. It was the opening goal of the game, with the Iron later taking a two-goal advantage into half time before Eoin Doyle and Jay O’Shea set up a replay at the Proact Stadium. Remembering the strike, he said: “It was a great moment for me. I just remember the ball coming to me on the edge of the box, not seeing a goalie and just placing it in the top corner.” 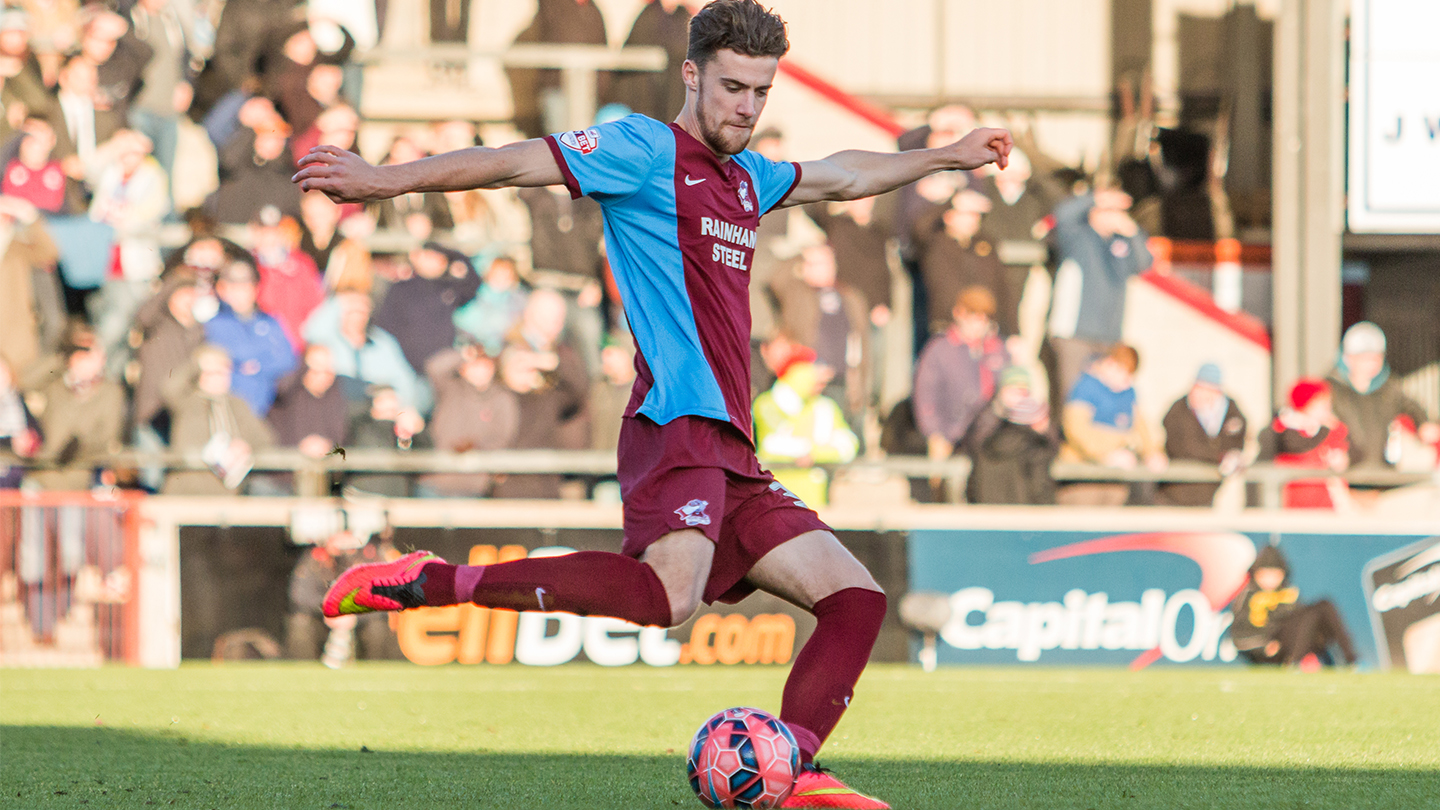 Alex Davey selects a team based from who was with him during his stay at the Iron.

Goalkeeper - Luke Daniels
Luke was a solid goalkeeper while I was at the club and he was also a great guy.

Defender - Jordan Clarke
He was a great athlete, a great guy and an animal on the pitch.

Defender - Andrew Boyce
Mad man of the team and a guy not to mess with. He was a huge joker.

Midfielder - Neal Bishop
Bish was a very experienced player and a great professional.

Forward - Paddy Madden
Paddy was a top boy, I had a great time with him during my time at Scunthorpe and he was a goalscorer, so has to be in my team! 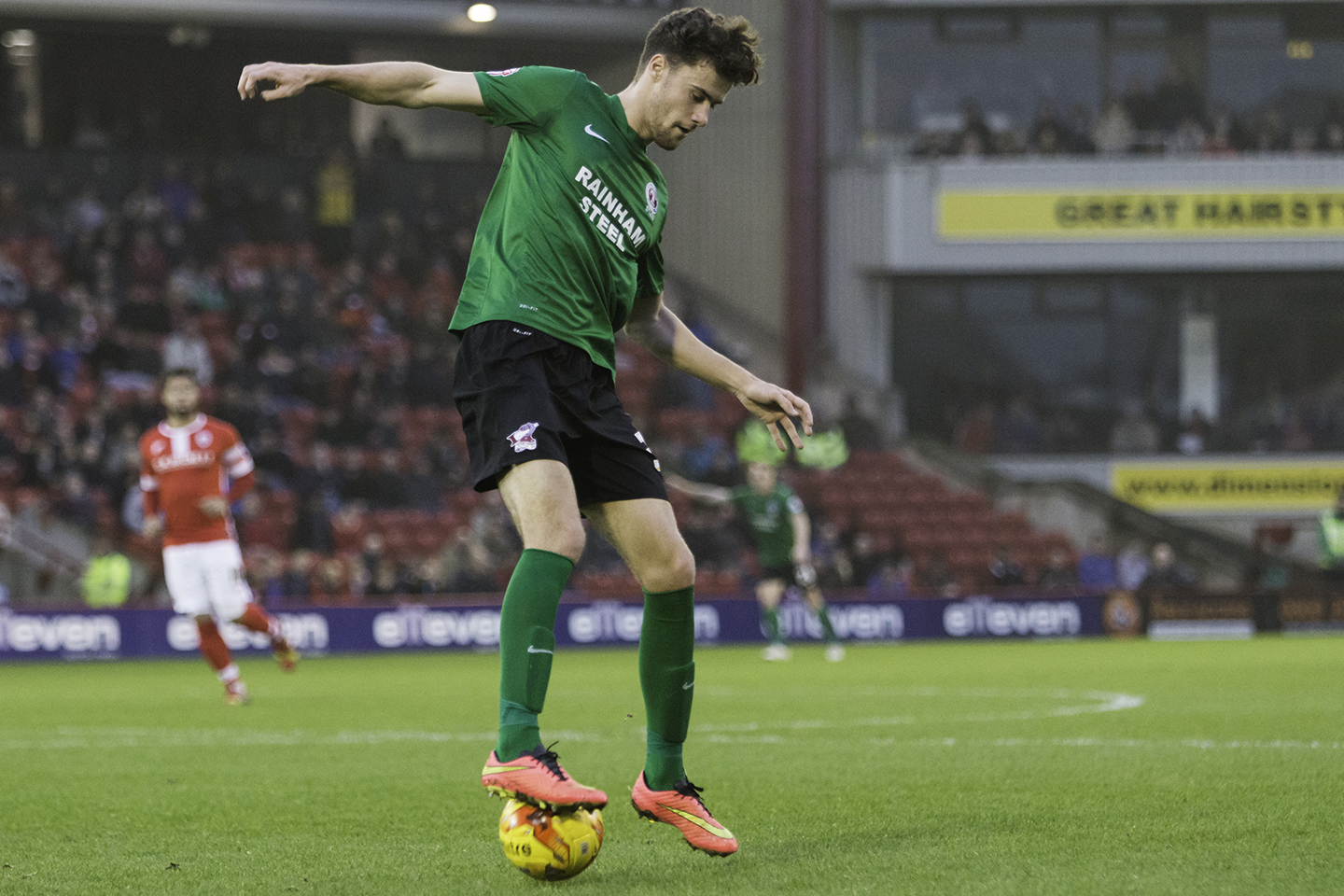 IN THE DRESSING ROOM

Alex Davey recalls memories from his time in the Iron changing room.

Who was the loudest?
AD: Andrew Boyce - as I said in the six-a-side, he was a guy not to mess with and a huge joker.

Who was the best dressed?
AD: I’d go with Jordan Clarke for that one.

Who was manager’s pet?
AD: I couldn’t give you an answer for that!

Who was the grumpiest?
AD: That would have to be Neal Bishop. He was very experienced, but he definitely loved a moan!

Who was your closest mate?
AD: Liam O’Neil. He was on loan from West Brom and we were both at the club on loan, so I’d have to say I got on with Liam the most.

Who was always late to training?
AD:  Hands up, that was me. I didn’t drive and the taxis were a nightmare.

Who was the most skilful player?
AD: Hakeeb Adelakun, he was frightening!