After winning tickets to watch the Iron as a schoolboy, Matthew Waddingham has passed his love for football onto the next generation and now brings his daughter to games! 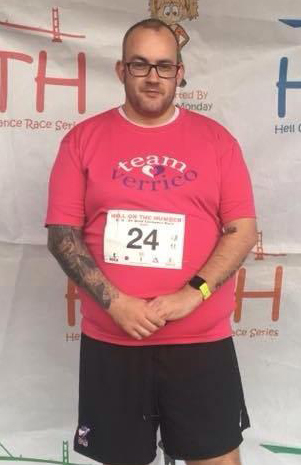 Why are you an Iron fan?
MW: I went to my first game in 1996 when I got free tickets through playing football for my junior school and it went on from there. I’m from the area too.

Favourite Iron game?
MW: Against Darlington in 2001, we beat them 7-1 and they went down to nine men. It was one of the best atmospheres and the best games I’ve been to. 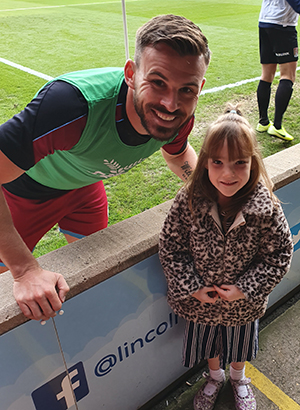 Matchday routine before kick-off?
MW: We set off nice and early because I’ve got two kids and we get some food. I like to read the programme and my daughter (last season) had a look out while the teams were warming up for Andy Butler, who she’s crazy about!

Favourite place to eat before a game?
MW: We come straight to the ground and have food here. I have a pie and the kids have hot dogs.

Which stand do you sit in?
MW: We sit in the Lincs Lifts Stand in the family area.

Favourite away ground and why?
MW: Boothferry Park; the old Hull City stadium. I used to love going there but it’s not here anymore. 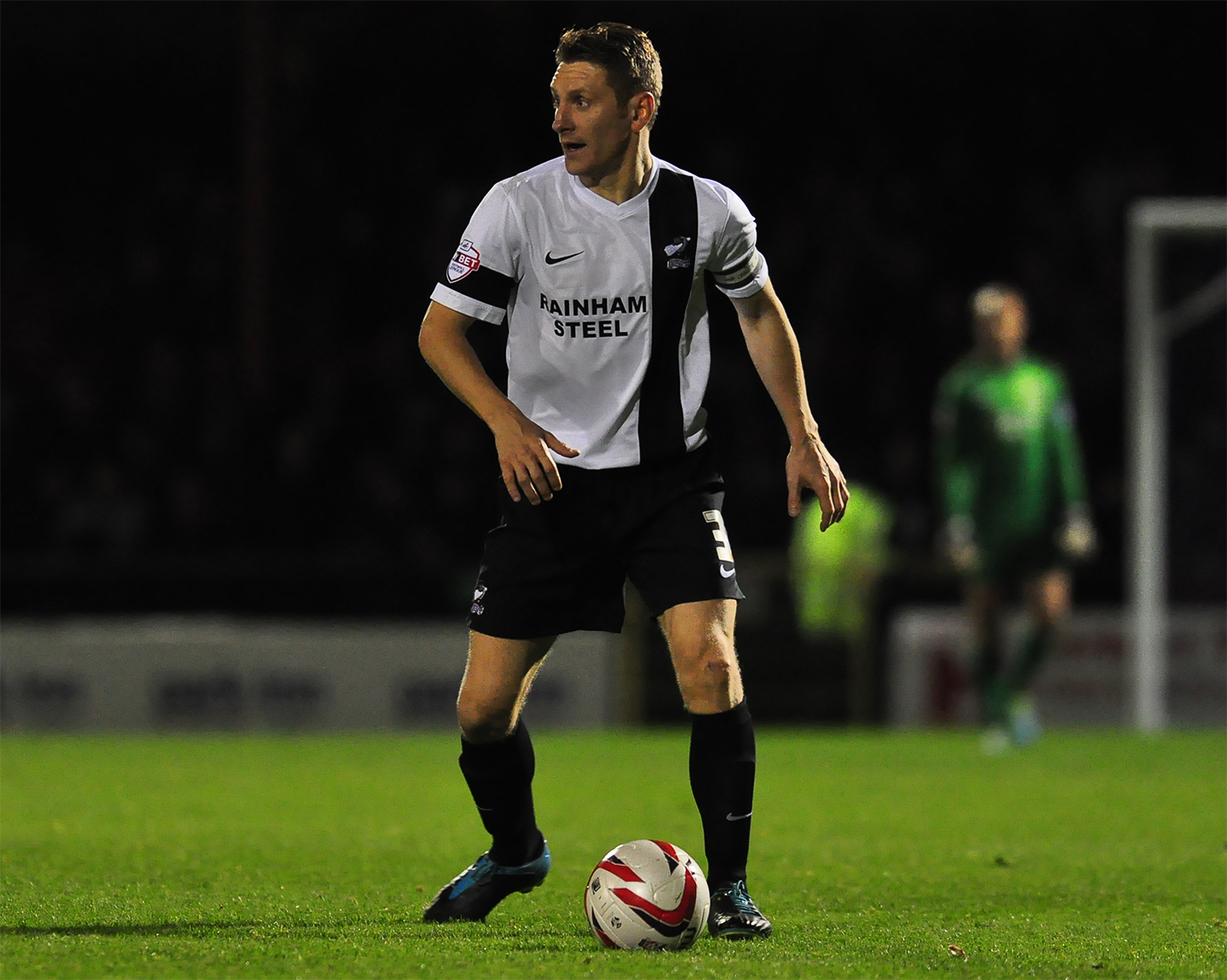 Favourite piece of Iron memorabilia?
MW: I’ve sponsored a few players along the years so I have a few matchworn shirts. My favourite one is my Andy Dawson third kit from a few years ago. It was his last ever season. 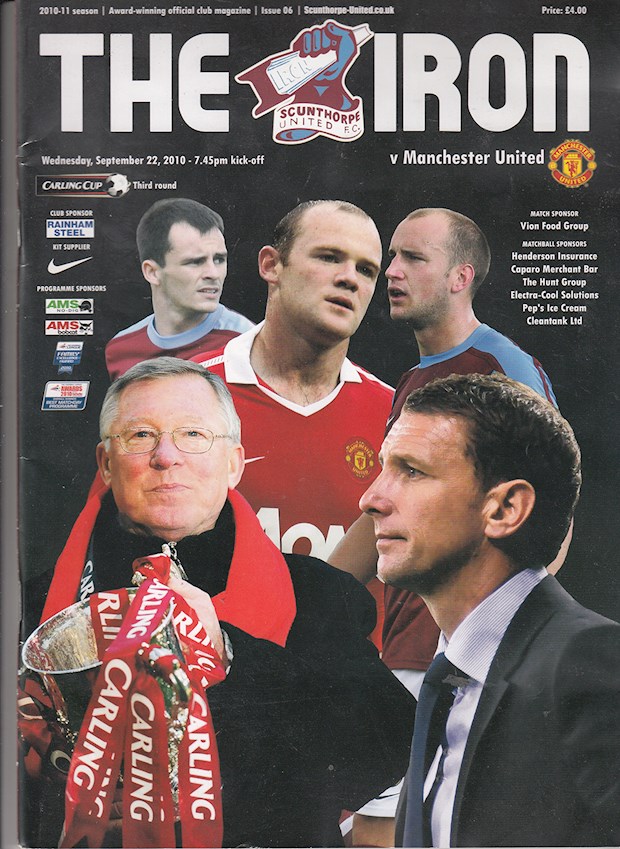 Do you collect Iron programmes?
MW: I read them and pass them on to my kids unless it’s a special match, like when we played Manchester United in the cup.

What’s been your favourite ever Iron kit?
MW: The 1983 away kit that was green and yellow by Umbro was my favourite.

Whose name and numbers have you had on the back of your shirt?
MW: I don’t but the kids do. My daughter loved Andy Butler so she had Butler on the back of her shirt.

Do you have a favourite ever Iron player?
MW: It’s between Andy Dawson and Peter Beagrie. It’s probably edged by Beagrie; I was about 17 or 18 when he was playing for us. He was by far the best player I’ve ever seen.

Have you ever met any Iron players?
MW: When I was little I’d collect autographs of the players outside the ground and my programme signed. I got most from the early 2000s to 2010. 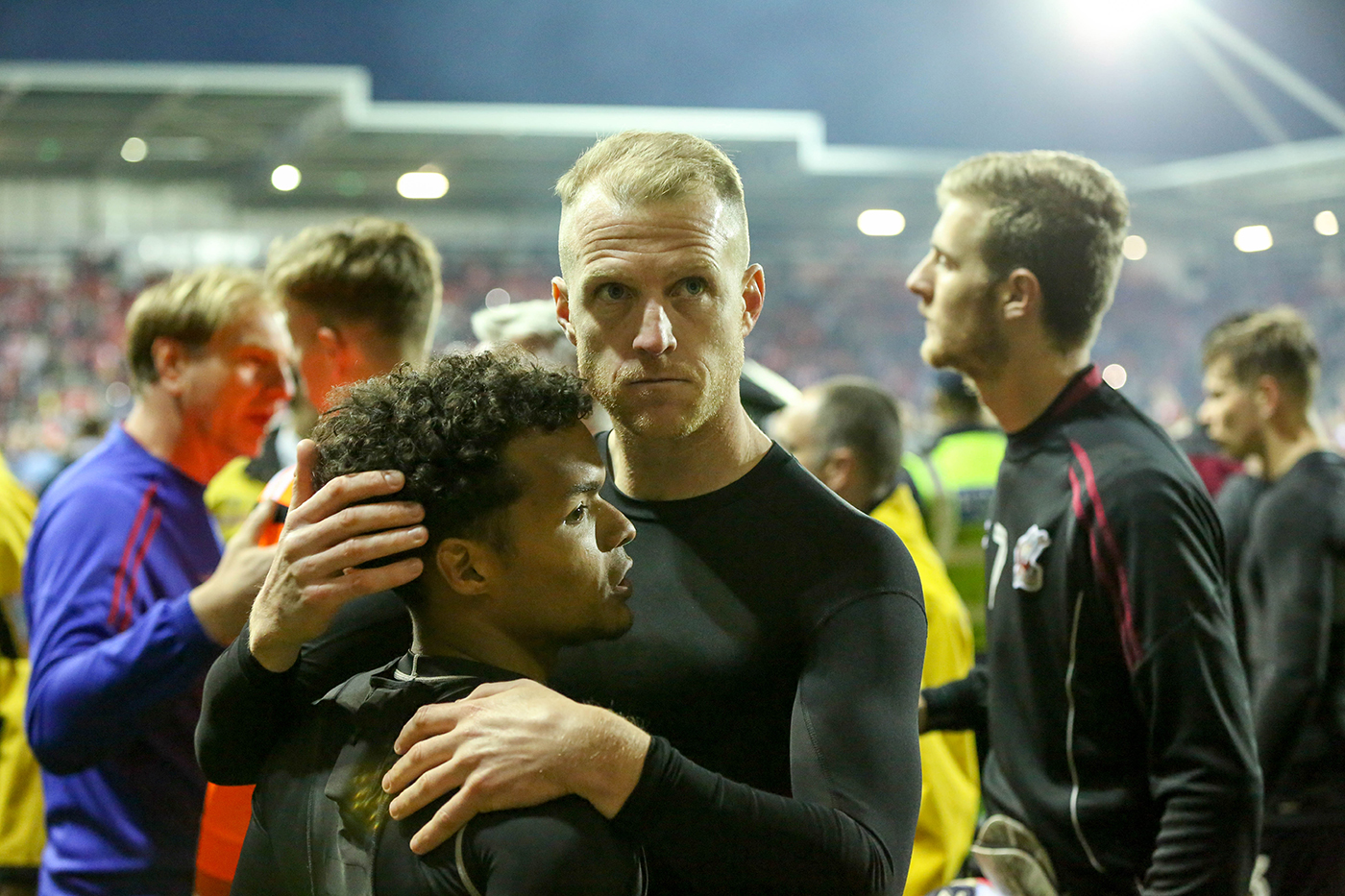 If you could erase one moment from the Iron’s history, what would it be?
MW: Missing out on the play-off final when we lost to Rotherham in the semi-finals in the 2017/18 season.

If you could relive any Iron game in history, what would it be?
MW: The 2-1 win against Newcastle (photographed at the top). Nobody saw it coming. Or the play-off final because I was on holiday. I went to Wembley to watch us lose in what was the Johnstone’s Paint Trophy but I couldn’t get to the play-off final against Millwall. I’d rather have been at the game than watching it from a bar in Spain!

If you could watch the Iron play any club in the world, who would it be and why?
MW: Tottenham Hotspur because I follow Tottenham as well. The current Liverpool team would be a good game, too.