We add another range of articles to our Iron Vault features, with the introduction of a programme parade, looking at the publications across various seasons.

We begin in our eleventh season as a league club, looking at the change in the home cover of the programme, looking at the difference to the away publications and some key games along the way. 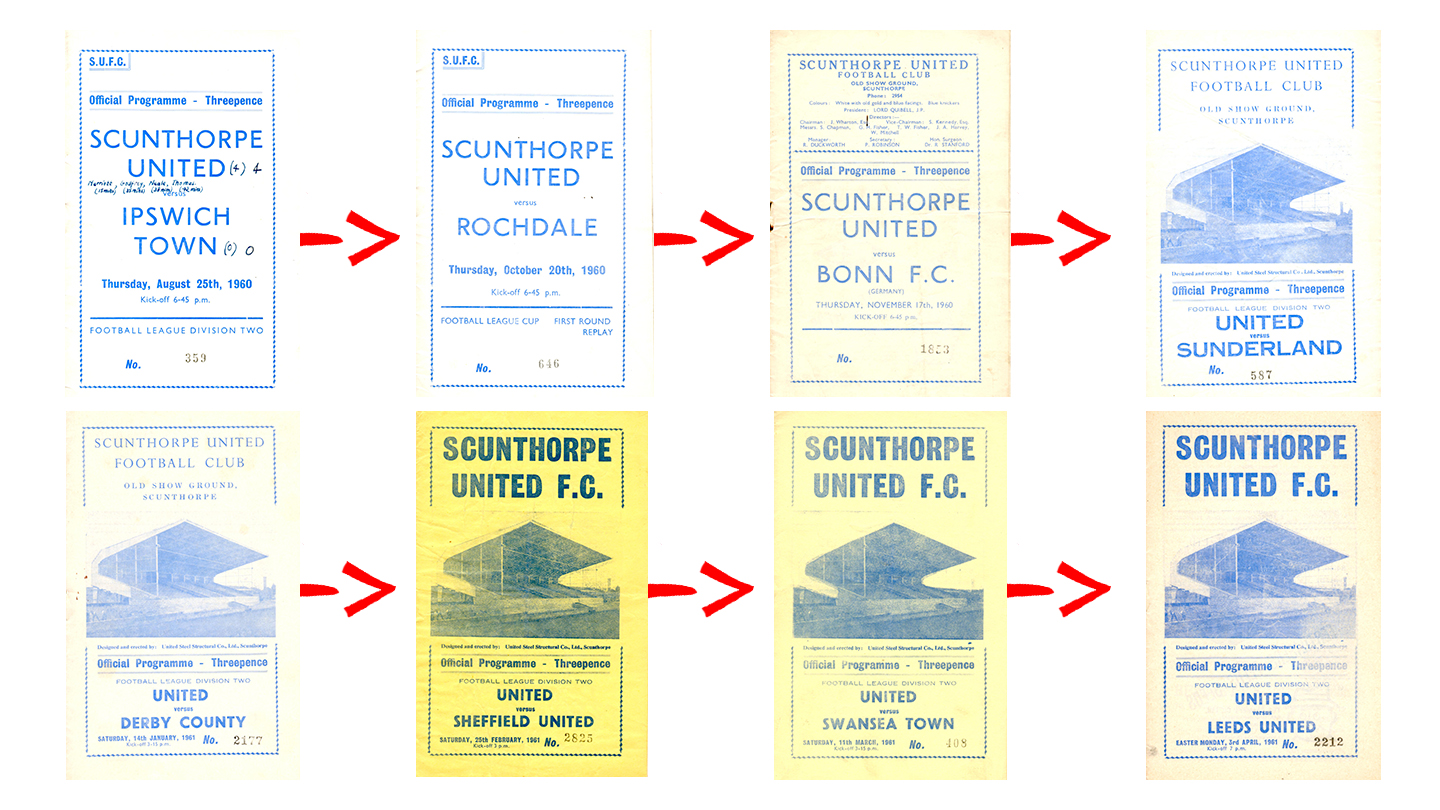 As it was in those days, the cover of the programme largely remained constant throughout the entirety of the campaign.

The only difference mid-season, saw the introduction of a picture of the Old Show Ground cantilever stand, leading to a reduction in the size of "Scunthorpe United versus...". The only other differences throughout the campaign was the choice of paper it was printed on, with some much yellower in colour than others.

One thing to note is each individual programme was stamped with a number. Although we cannot say for sure how many were printed, the highest number on the range pictured was 2,825. If you're a collector, have you ever looked at the numbers? What's the lowest and highest numbers you have across your collection.

On the day, these programmes were priced at 3d, which was cheaper than the majority of the league. 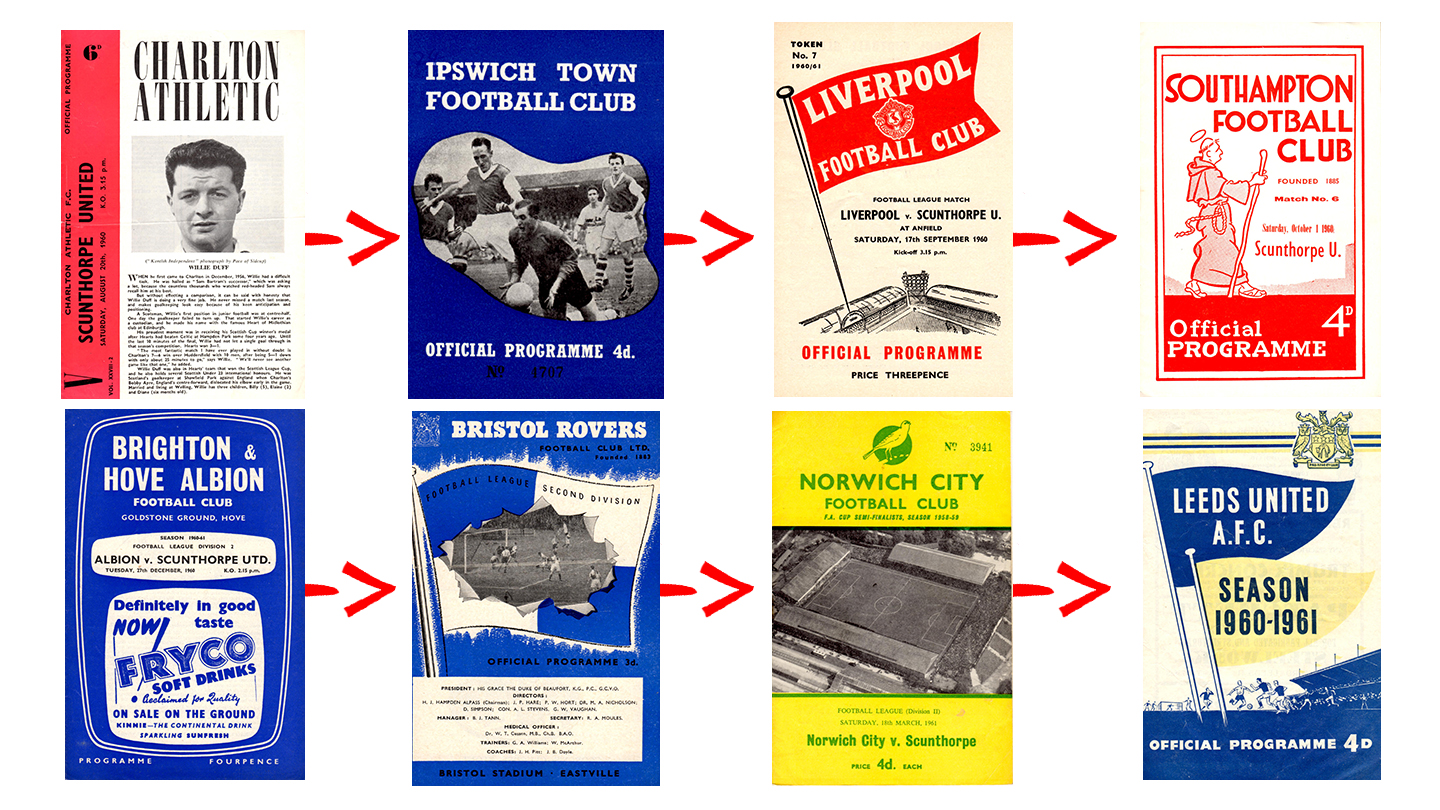 United faced some teams in 1960-61 that are now right up there in the footballing pyramid, none higher than the team currently at the top in Liverpool.

Back in the late 1950s and early-1960s, the Reds were in the Old Second Division and this was the third campaign in a row in which the two sides locked horns domestically. It would be the penultimate season that would happen too, with two more meetings in the successive season, with the match at the Old Show Ground on January 20, 1962 the last to take place competitively between the two sides.

As you'd expect, each programme cover design is drastically different. Charlton wasted no time in getting into the content within, while others go for the traditional approach, including logos, the opposition, the price and that sort of information.

To show how much the paths of clubs have changed in 60 years, we've presented games against the likes of Southampton (now Premier League), Leeds United (now Championship), Ipswich Town (now League One), while we also featured Swansea Town in the home and cover photo above - a team which later changed to Swansea City, as we know it now in 1969.

A SUMMARY OF THE SEASON...

United completed their third campaign in the Old Second Division in ninth place, ahead of the likes of Leeds United, Brighton and Hove Albion and Stoke City, while Portsmouth and Lincoln City were both relegated.

Barrie Thomas would be the club's top goalscorer with 26 goals from 42 appearances in the league, as he remained an ever-present, while second on the list was Brian Godfrey with 15 goals from 39 showings.

Among the highlights in the season had to be the early 4-0 home win against Ipswich Town, the first home league match of the season, the 5-2 away win at Derby County and the 5-1 home victory against Portsmouth.