We continue to take a look back at the hat-tricks that have been scored for the Iron since their admission to the league in 1950.

At the time of writing, there have been 41 trebles netted by United players in league games and we're going to delve into the Iron Vault to remember them and, if applicable, following the subsequent career of the player who scored it.

The Iron's very first hat-trick as a league side came in their 11th game in Division Three North as Ted Gorin bagged all three strikes in a home win against Accrington Stanley.

For this issue though, we fast-forward to trebble number 17 in United's league football. That trio came 14-and-a-half seasons after the first in an emphatic 4-1 home win against Newport County at the Old Show Ground.

In actual fact, it was the first trio of goals to be netted by the same Scunthorpe United player in a single league game for almost a decade, with the last being courtesy of Barrie Thomas on April 16, 1966. That season, 1965-66, the club had three league hat-tricks with Thomas' being preceded by ones from Brian Bedford and David Sloan, respectively, but that would be followed by nine clear years without a United player collecting the matchball. Not only was the win most welcome, another addition - the 18th in fact - to the league list of hat-tricks, was a great personal accolade for Dudley Roberts.

It was also the first tie that the Iron had scored three or more goals in any league game since they defeated Mansfield Town 5-3 at home in December 1973.

There were just 1,529 hardy souls at the game to see the win in a cold January fixture, with Dudley's goals coming in the 47th, 69th and 81st minutes as the Iron took the game by the scruff of the next in the second half to take the points. Graham Collier would add a gloss to the scoreline two minutes after Dudley's trebble-sealing strike to make it 4-1.

The win was warranted and was largely due to the effort put into the game and, with the confidence in front of goal bearing fruits, the victory would put to bed some discontent from the fans which had followed them through the festive period. It was a far from easy encounter until the last 20 minutes of the game, with Newport contributing quite largely to what was an entertaining spectacle at the Old Show Ground, with United reacting to a quick set-back after going ahead, to concede the equaliser on 50 minutes.

With a number of Iron players performing on the day, it was up front Scunthorpe really made it count, with Roberts taking his three goals well.

His first, just two minutes after half-time, saw him nod the ball across goal and into the far corner of the net after rising well following a deep cross into the box by Markham. 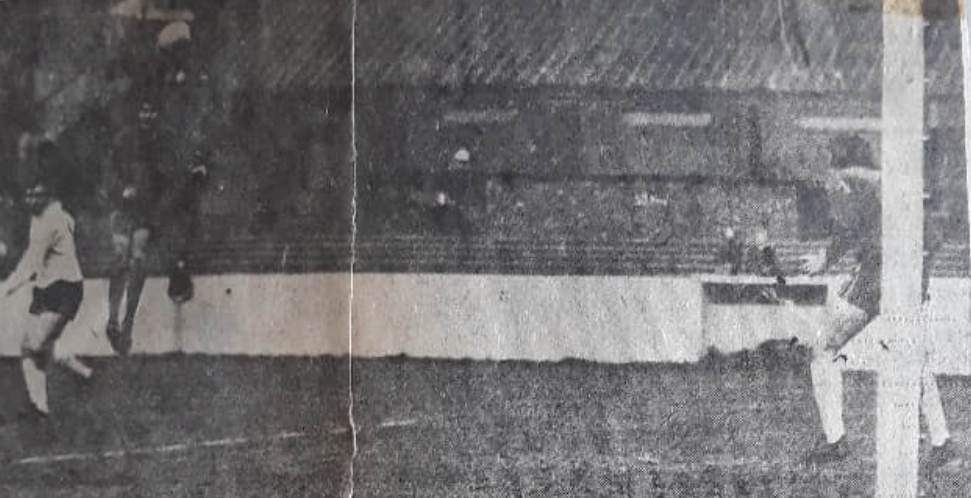 Roberts converting his and the Iron's first goal to make it 1-0.

Angus Davidson would turn provider for the second as he found space on the right before another inch-perfect cross was met by the leap of Roberts as he bagged another headed goal.

2-1 and the match-winner, with Dudley Roberts scoring his second of three.

It was 2-1 and the crowd were firmly behind their players then and the confidence flooded through the team, leading to some impressive attacking play. With nine minutes left on the clock, the third was scored with Roberts gaining possession with the ball coming over from the left. He controlled well before drilling in a shot which flew across goal and found the net high towards the far post.

A hat-trick of headers, although not scored by the hat-trick hero, saw Collier bullet his into the net to make it 4-1 just two minutes later. 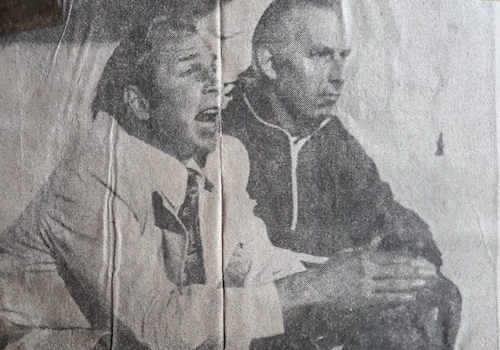 Scunthorpe manager Dickie Rooks, following the game: "I knew they could do it and now they have got among the goals, I'm more certain than ever that Scunthorpe Unitd can get clear of the re-election zone.

"The lads owe much to the supporters who lifted them when they most needed a lift. I was proud of our fans and the players."

MOST PROMINENT AT MANSFIELD...

The Iron would be Roberts' final club as a Football League player, but it was at Mansfield Town where he would make his name, with a six-year spell there between 1968 and 1974.

He scored a total of 66 goals in 200 appearances for the Stags and had previously been at Coventry City and on loan at Doncaster Rovers before he made the switch to the Old Show Ground in February 1974.

In total, he scored 17 goals for the Iron in a total of 59 appearances before retiring due to injury in 1976 and settled down in the Mansfield area.

His career total would end at 278 appearances and 89 goals.