Former Iron midfield man Josh Walker was forced to take early retirement last year, calling time on a playing career spanning 14 years. We caught up with him in our programme earlier this season to find out what he's up to now.

Suffering with a lingering knee problem for 10 years, the Newcastle-born man played his final game for Edinburgh City last summer.

“I retired in July. I’m 30-years-old now but it was an injury I suffered with when I was 20 at Middlesbrough. It was something I could never shake off,” he said.

“Overall in my career, I’ve had four operations. I had one PRP operation and numerous injections and it was getting to the point where enough was enough.

“I said to my family that it was my last year playing and I’d give it one last shot but it was no good. It was like a blowtorch going off in your knee.”

Prior to that, the midfielder took a sabbatical from football, believing his career to be over with a recurring injury rearing its head.

He opened up: “It really flared up in the season I signed permanently at Scunthorpe; the pre-season started off really well then I woke up with this pain in my knee.

“When I went to India when I was 25, my first season was brilliant and I signed another year and the injury came back horrendous. The doctors said I’d be very fortunate if you’re able to run again, never mind play.

“I started considering the options and I was out injured for almost two years. I started doing a bit of labouring work for one of my pals who had a building company; I thought if I could do that then maybe I could give it another try.”

He received a call from a friend inviting him to a meeting with the chairman of the Scottish League Two side and subsequently signed for the Citizens.

“With me living in Edinburgh, a good friend of mine (former Iron trialist) Craig Beattie was playing for Edinburgh City. Part-time football was something I never considered but I knew I was never going to be fit enough to train full-time again.

“I signed until the end of the season. In that summer, I was named club captain and signed a three-year deal. A lot of the football up in Scotland is played on AstroTurf or 3G and it’s not good for me.”

Walker has ambitions to go into management, with a five-year plan in place and already starting up his own coaching business.

He said: “I’ve got a business called Foot Forward Coaching. It’s designed for kids of all ages and we specialise in one-to-one sessions, group sessions, after school clubs, and toddler groups.

“We’ve got meetings with Premier League clubs in the next couple of months to become a feeder academy."

“The hardest thing for me is Saturday afternoons because that’s the time when I was playing,” he explained.

“I’d love to go into management but I only want to go into it when it’s right for me. It’s all about timing.

“I always believed in myself as a player and a person, and going into management would be difficult but I’ve got my head focussed on it.”

He reminisced about his time in North Lincolnshire, arriving at Scunthorpe after a loan spell with Stevenage in 2010.

He stated: “I loved it at Scunthorpe. My daughter was born nearby in Doncaster. When I came on loan, that was one of the best spells in my career. I was getting stronger and better every game.

“Alan Knill was fantastic to me, the way we played. I was given free roam to go and express myself and it was the first time in my career I was given a run of games and I felt like an important member of the team.

“I was only there three or four months but I got about 10 assists and three goals. If the season had gone on another 10 or 12 games, who knows what we could’ve done that year.” 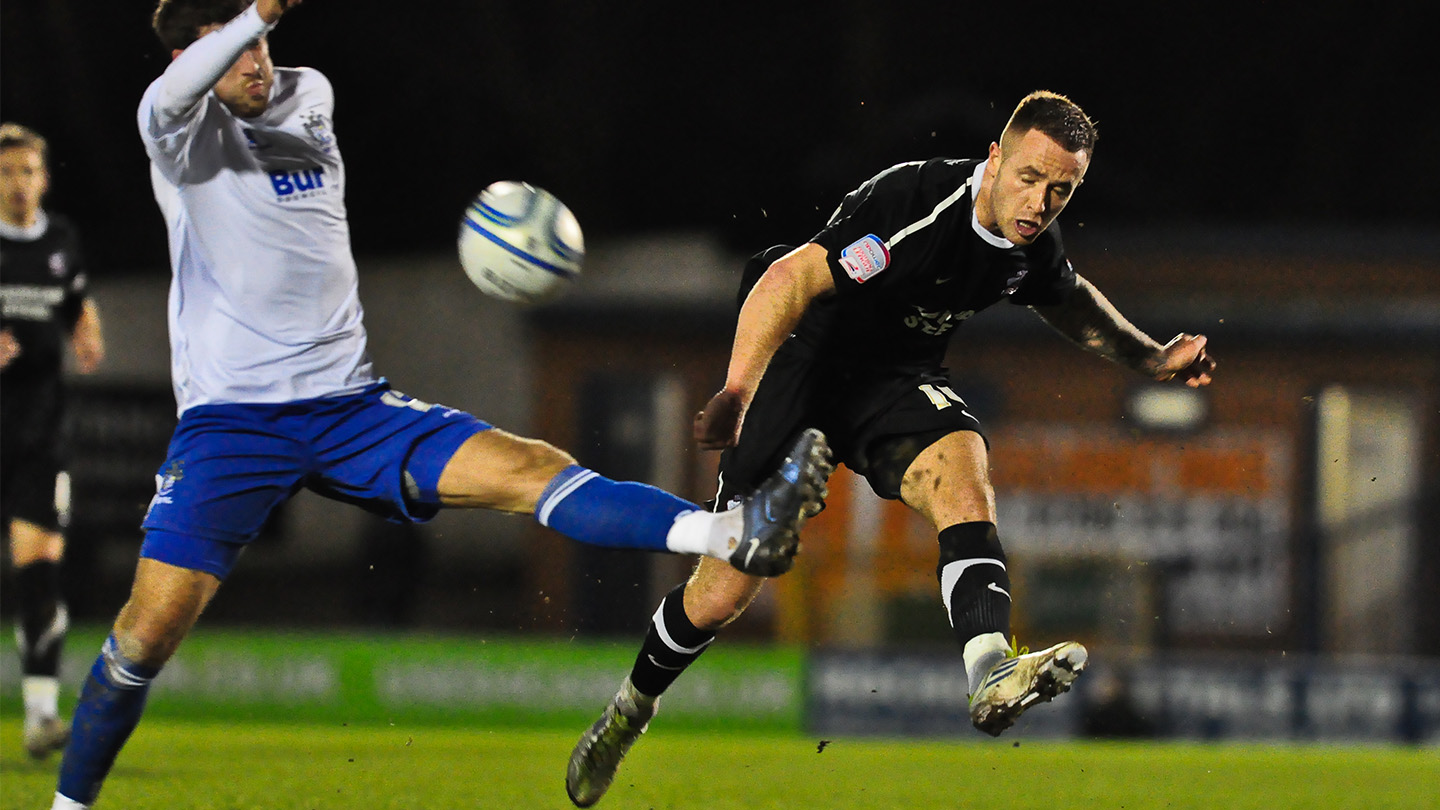 Josh chooses a six-a-side team from people he played alongside while with United.

Goalkeeper: Sam Slocombe
Made over 100 appearances between 2008 and 2015, and is now plying his trade for Notts County.

Defender: Paul Reid
Signed for a six-figure fee in January 2011 and lived up to his billing, impressing at the back for the Iron before moving on to Northampton.

Defender: Callum Kennedy
A young player at the time, the Iron beat off interest from several other clubs for his signature. Went on to win promotion with AFC Wimbledon after departing United.

Midfielder: Jimmy Ryan
Former Republic of Ireland Under-21 international was named in the PFA League Two Team of the Year before arriving in North Lincolnshire and spending two seasons with the club.

Striker: Mark Duffy
The attacker played for the Iron in the Championship, joining Scunthorpe after impressing at Morecambe, before being sold on to Doncaster Rovers.

Striker: Jon Parkin
Signed during Josh Walker’s time at the club and made a big difference, netting six goals in 14 appearances, propelling the Iron up the table. A prolific striker who was guaranteed to score goals.

Worst moment in my career:
Going in for a tackle in training at Middlesbrough – the reason why I got my knee injury. I wasn’t really in Gordon Strachan’s plans and it was an 11v11 of first team versus reserves and I was in the reserves. I was trying to impress him and I flew into this tackle I was never going to win and slammed my knee off someone’s studs.

The best goal of my career:
The most memorable goal was when I was loan at Aberdeen against Bayern Munich. My favourite Scunthorpe goal was away at Leyton Orient. The ball was bouncing around in the box and it was a left-footed volley that I caught and it went into the top corner.

Playing in India:
I loved that. It was a fantastic football and life experience. It gives you perspective because the amount of poverty that’s over there makes you appreciate what you have. In terms of football, the fans were fanatical and you were worshipped. It was a shame it came to an end so soon.

Regrets in my career:
From a younger age, I was too impatient. I didn’t have a bad attitude, it was just a case of wanting to play and too eager. Any advice I could give is to be patient. You’ve got to earn your place.