Following Tuesday's 3-1 victory over Southend United in the second qualifying round of the Premier League Cup, the Iron have been confirmed as the fourth team in Group C, joining Hull City, Newcastle United and West Bromwich Albion.

The Iron overcame two qualifying rounds to make it into the competition proper, which now adopts a Champions League format, with six group stage games to take place, facing each team both home and away. The tournament comprises of eight groups of four clubs, with the top two teams advance to the knockout stage.

Draft fixtures for the group stage games have been released, as below, but these are subject to change and are pending confirmation.

Please note, as a result of the progression in the competition, Central League fixtures originally scheduled are now subject to change. 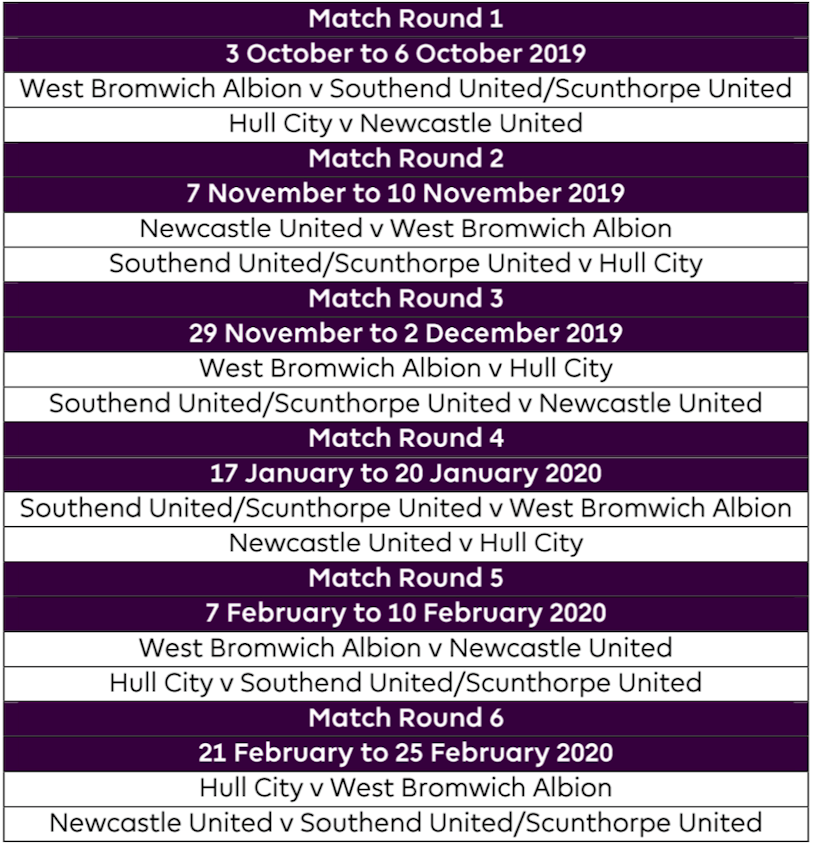