Work began to prepare the Glanford Park playing surface for the 2019-20 campaign on Monday morning.

With around two months to prepare the surface until it will be required for pre-season, there has been no delay from the ground staff and Fineturf as they ready the main pitch at Glanford Park and also the training pitch.

Following a successful three weeks of pitch hiring, which has seen a number of charity matches take place on the surface, along with the Jack Kalson cup finals and the Scunthorpe Sunday League Challenge Cup final, Glanford Park will now be readied for the Iron's Sky Bet League Two campaign getting underway in August. 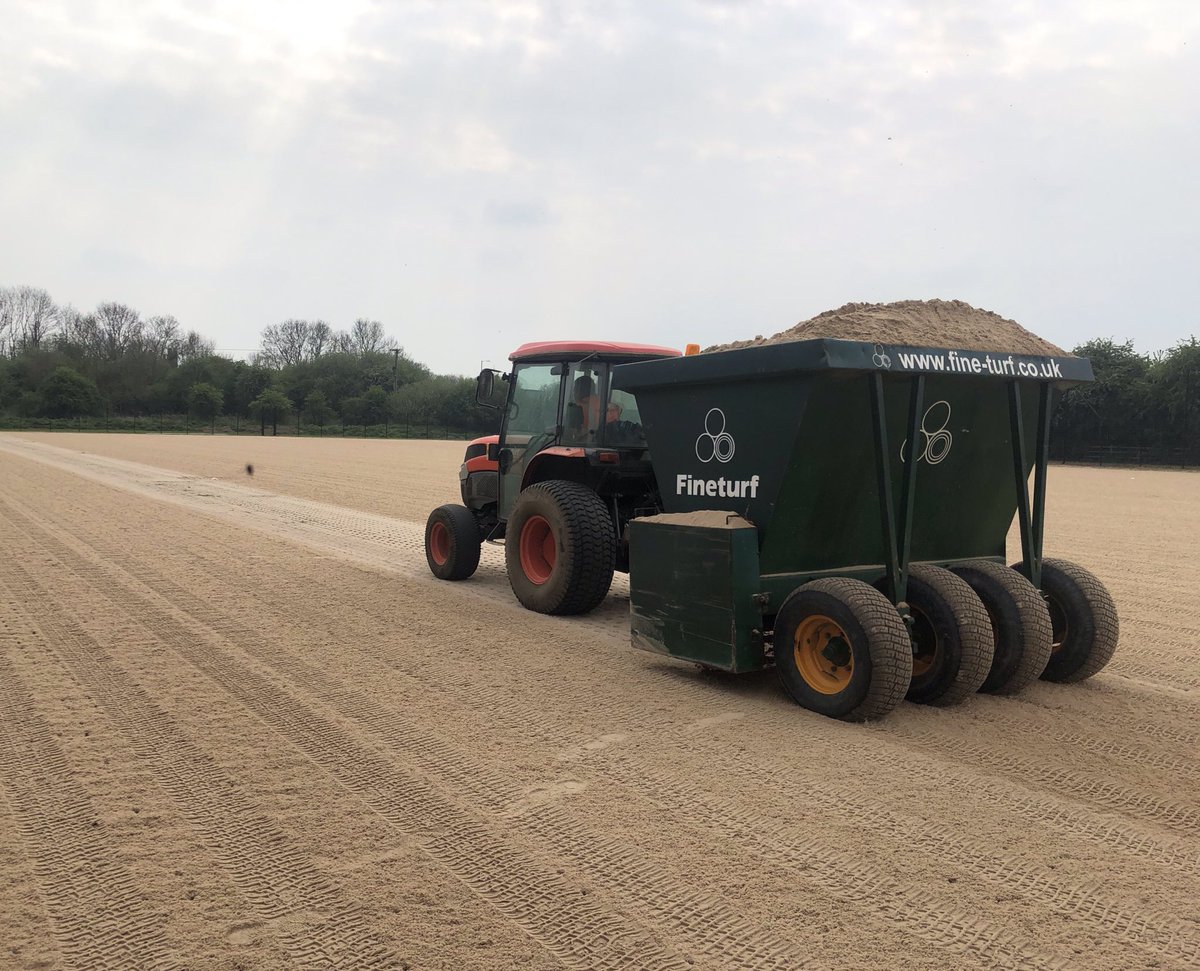 Work began on the training pitch, across the West Car Park, three weeks ago, starting with the removal of the top layers before sand slitting took place. The slits are then backfilled and pressed before sand is spread across the surface with deep tine aeration also a key process.

The pitch was once again seeded using MM seed, which is a high quality sports and amenity seed range from Limagain UK - part of the Limagrain group the largest seed company in Europe.

Work is currently being undertaken on the main pitch, with the surface of Glanford Park taken up before a similar procedure commences ahead of the new season.

The process commences earlier on the training ground to ensure the surface will be ready for the first team's return for pre-season towards the end of June.

Once again, with the build up to the 2019-20 campaign just around the corner, all systems are go to ensure a quality playing surface for the foreseeable future.