“The lads can be pleased with what they’ve done overall and we look forward to the rest of the league season now,” said Academy Manager Tony Daws following the Under-18 side’s FA Youth Cup third round exit at the hands of last season’s semi-finalists West Bromwich Albion. 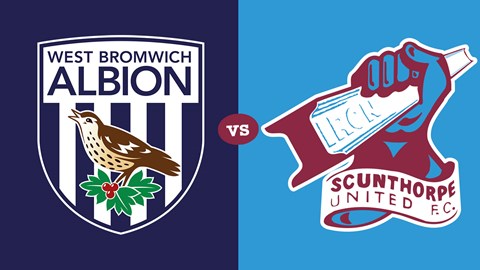 The Baggies came flying out of the blocks and were 2-0 up after ten minutes, but Scunthorpe grew into the game and could even have got a goal themselves before the hosts added a third early in the second period.

The young Iron kept going and had chances for a consolation, but overall Daws feels there’s a lot they can take from the match at the Hawthorns.

He told iFollow Iron: “We had a good go. It was always going to be difficult because West Brom are a massive club with a Category 1 academy, and are high up in the Premier League. It was only a couple of weeks ago that they defeated Manchester United heavily.

“It was always going to be a big test for us, and especially after conceding a couple of early goals as well.

“The lads were nervous at the start of the game and that showed in the first half, but credit to the lads because they stuck at it and we picked ourselves up off the canvas and got into half-time 2-0 down, and tried to reorganise a little bit, and then had a better go in the second half.

“West Brom are obviously another level with players from all over the country and all over the world, so trying to compete with them was a massive ask for us. The lads came and gave it a go - we were better in the second-half, and were unfortunate in the final third not to get a goal.”

Talking about the FA Youth Cup run, he continued: “Whether you go on to be a professional footballer or not, there have been things they can look back on, playing against Notts County at Meadow Lane, against Morpeth at the Sands Venue Stadium and then taking on West Brom at the Hawthorns. They’ll remember those games for the rest of their lives, so it can only be good for them.”

Finley Shrimpton missed out through a one-match suspension incurred after picking up five bookings this season, with goalkeeper Ben Crosher the only other absentee from the squad on the night.

Daws continued: “We’re still carrying a few little bumps and scrapes from Saturday at Walsall (where they drew 1-1), so we’ll see how they all are in the next day or so and get ready for Doncaster away (in the Youth Alliance League) on Saturday.

“Ben’s had a fracture on his wrist for a couple of months now, that’s taken time to heal, so at the moment it’s just him but we’ll see what the situation is after West Brom because one or two picked up knocks.”