Darren Drysdale will be the man in the middle for the Iron's home league clash against Charlton Athletic. 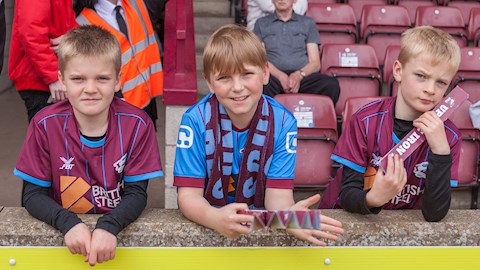 The Lincolnshire-based official will travel to Glanford Park for his tenth game of the campaign and his fifth in Sky Bet League One.

His first game of the campaign was Rochdale's 2-1 away win at Burton Albion in which he showed three yellow cards. Meanwhile, his latest encounter came on September 22nd when he showed four cautions in Port Vale's slender 1-0 away win at Crewe Alexandra.

He's taken charge of the Iron on seven occasions in total, most recently in March 2018 when the side drew 1-1 with Oxford United at the Kassam Stadium, live on Sky Sports. In that game, he issued seven cautions.

Of those encounters involving United, four of them have come at Glanford Park, so Tuesday will be Drysdale's fifth appointment with the whistle at the stadium. In the seven games refereeing Scunthorpe, he's issued 20 yellow cards and no red.

Meanwhile, he's refereed Charlton Athletic on seven occasions - their most recent being 3-1 away defeat at Southend United last Boxing Day when he issued six cautions. In total, he's shown 21 yellow cards and one red in the seven Addicks games he's been involved in.

In 2017-18, he took charge of 46 games, issuing 143 yellow cards and six red. So far in this campaign, he has officiated in nine encounters, showing 35 yellows and one red.

On Tuesday, Drysdale will be assisted by Lisa Rashid and Wade Smith, while Steven Meredith has been appointed as the fourth official.