The Iron are in Emirates FA Cup action this Saturday when they take on Burton Albion in the first round at Glanford Park (3.00pm). 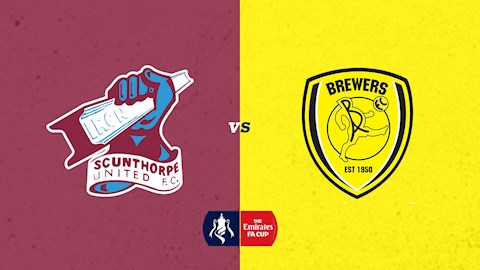 Stuart McCall’s side will be looking to build on last weekend’s second-half performance against Oxford United, following a three-goal comeback to earn a point. Goals from Matthew Lund, George Thomas and Charlie Goode ensured the Iron completed a fightback from 3-0 down.

Meanwhile, Burton, who are in the same division as Scunthorpe, won 3-1 away at Walsall.

Lund and Lee Novak both came through last Saturday's game against Oxford fine after recovering from injuries.

Meanwhile, Stephen Humphrys has shaken off a hamstring injury and will be available for selection.

The game will probably come too soon for Funso Ojo (hamstring), while Cameron Borthwick-Jackson (hip) is a doubt.

The two sides met earlier this season at the Pirelli Stadium, which resulted in a goalless draw.

The record in full:

Scott Fraser, 23, has scored in each of his last two games, including a strike in Burton’s win against Championship side Nottingham Forest in the Carabao Cup.

The midfielder has hit three goals since joining the Brewers this summer and has played in 19 games.

The Scotsman signed from Dundee United, where he made 106 appearances, scoring 15 times.

ELSEWHERE IN THE FA CUP FIRST ROUND...