We continue our look at the seven sides joining Sky Bet League One for the 2018-19 campaign, looking at Wycombe Wanderers, who were the final side to gain automatic promotion from League Two.

As a campaign, it was a largely positive one, with the side recording a greater than 50% win ratio across all competitions, winning 27 of their 53 games. Despite this, it would take until game three to record a win, following a 2-2 draw against Lincoln City on the opening day of the season and then their subsequent exit to Fulham in the Carabao Cup. The three points would come away at Vale Park against Port Vale - a side who were adapting to life back in the division following their relegation in the season before. The opening 25 minutes saw Wycombe tear their opposition apart, racing into a three-goal lead. The result, 3-2, would not tell the full story of that though, with Vale reducing the deficit in the 88th and 90th minutes respectively.

Heavy defeats against Notts County and Bristol Rovers (Checkatrade Trophy) came either side of their second triumph of the season at Grimsby Town, but they were yet to win at Adams Park in the entirety of August - something that would have to change if they had aspirations of going up.

September would be the month of change with three home wins out of four. Forest Green Rovers, Crewe Alexandra and Barnet would all fall victims of three goals against the side, although Luton did take maximum points in the middle of the month.

The side went into October and continued their run of form which included six games unbeaten and four wins on the bounce while the side also enjoyed a safe passage to round three of the Emirates FA Cup following two non-league ties. They would exit in January with a 5-1 defeat to Preston.

Following that defeat though, Wycombe would be undefeated in League Two for the following seven games, which including four straight wins and five victories in total. That run did include a 4-3 home win against Carlisle United where the Cumbrians were actually 3-2 up going into stoppage time. Swindon would also be on the receiving end of a late goal from Adebayo Akinfenwa as they defeated the Robins 3-2 with minutes remaining.

Promotion was secured with four wins out of their last six games, accumulating 13 points in total and only losing to the Champions Accrington Stanley. Matt Bloomfield scored their final goal of the season in a 1-0 win over Stevenage.

The Chairboys return to the second tier for the first time since their relegation in 2011-12. 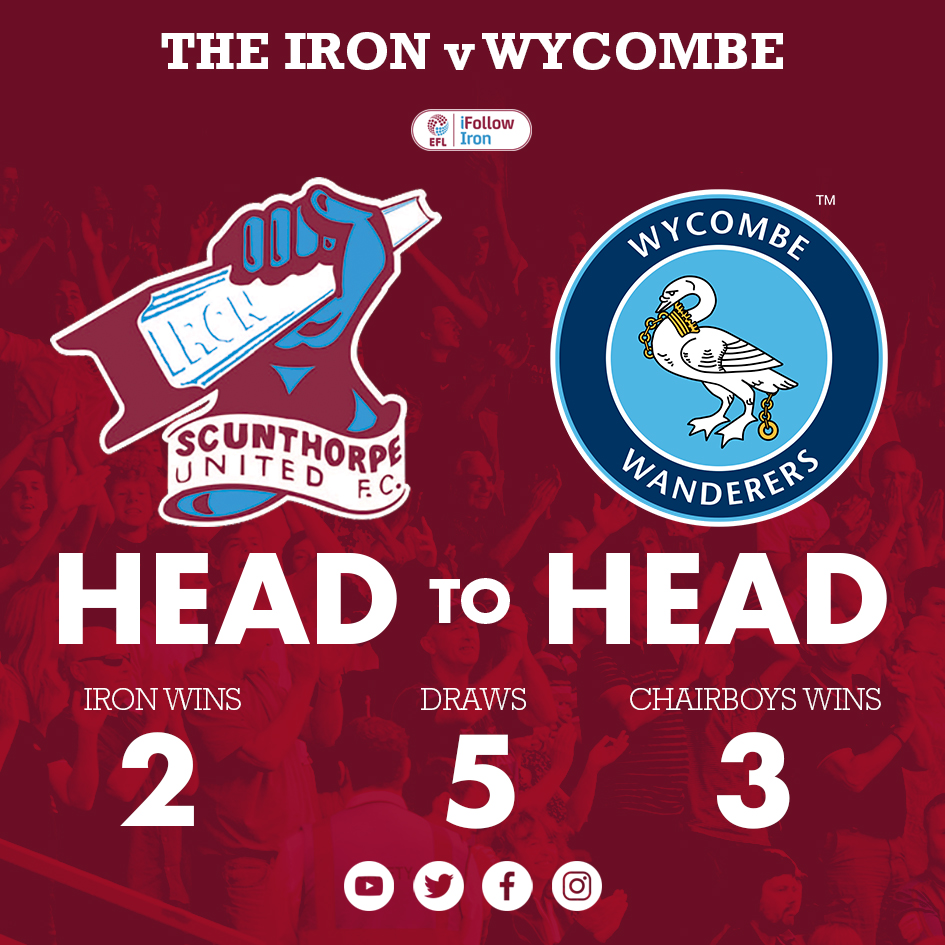 Wycombe Wanderers are another team entering League One without a great deal of history against the Iron. Indeed, the two sides have met on only ten occasions, six of those coming in the last 14 years. Wycombe edge the record with three victories to United's two, although Scunthorpe took the last victory in 2012 by a 4-1 margin.

Incidentally, the Chairboys and the Iron have never shared the same division for more than one campaign consecutively.